Early last month, Huawei officially launched HarmonyOS 2. After the launch, it announced that a couple of devices will get the update on the same day. However, at the time, it only supports the latest flagship models such as the Huawei Mate 40 series. Generally, the update will be available for a large number of mid-to-high-end models and entry-level models. So far, the HarmonyOS upgrade is the largest in Huawei’s history. According to reports, in just 14 days from June 2 to June 15, the cumulative number of users upgrading to HarmonyOS 2 exceed 18 million.

Huawei’s goal for this year is 300 million HarmonyOS users, of which 200 million will be its own equipment. At the current rate, about 1/10 of its own equipment gets this update in two weeks. Huawei is very optimistic about achieving the goal. HarmonyOS will become a brand new ecological platform covering hundreds of millions of users.

1. HarmonyOS: Intelligent system and super terminal in the era of Internet of Things

HarmonyOS is a new and independent intelligent operating system from Huawei for the era of the Internet of Things (IoT). It provides a unified language for the intelligence, interconnection, and collaboration of different devices. HarmonyOS is suitable for large and small devices. Devices with memory as small as 128KB and as large as 4GB or more can run. These devices can integrate at the system level to form a super terminal. They can also form a hardware mutual assistance and resource sharing between different devices. 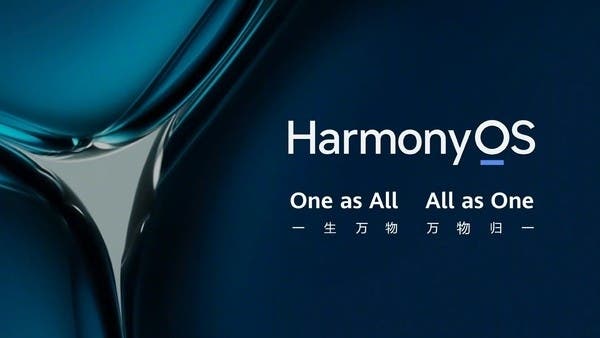 HarmonyOS focuses on the integration of multiple devices. This includes the seamless connection between the PC, tablet, and smartphone. Users no longer have to worry about information that they have on their smartphones. They can access this information from their tablet with HarmonyOS. Huawei’s managing director and consumer business CEO, Yu Chengdong, claims that no device will be an island. All smart devices are part of the Internet of Things and this is the best explanation for HarmonyOS. 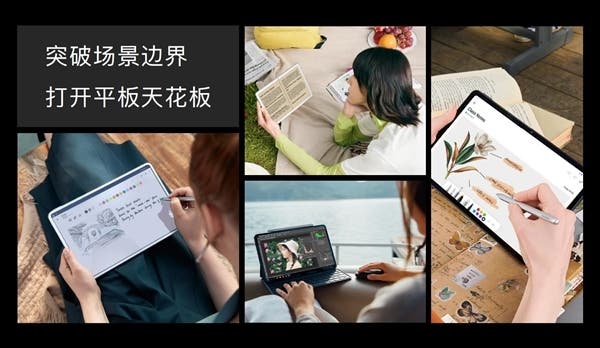 3. HarmonyOS creates a different ecosystem for Apple and Android

Among Huawei’s more than 18 million HarmonyOS models, the second-largest device is tablets. Of course, smartphones are the largest of the number of HarmonyOS devices presently. As of now, tablets like MatePad 10.8, MatePad, MatePad 5G, MatePad Pro, MatePad Pro 5G, etc. already have the HarmonyOS. In the third quarter of this ear, devices like Huawei Tablet M6 and Enjoy Tablet 2 will get the upgrade. Huawei claims that HarmonyOS gives its tablets especially the Mate series a stronger performance, and more flexible expansion. The company also claims that the overall productivity is more advantageous. This happens to be the advantage of HarmonyOS. Therefore, after the Huawei MatePad family upgrades to HarmonyOS, the ecology of HarmonyOS Tablet will be different from Apple iPad and Android. 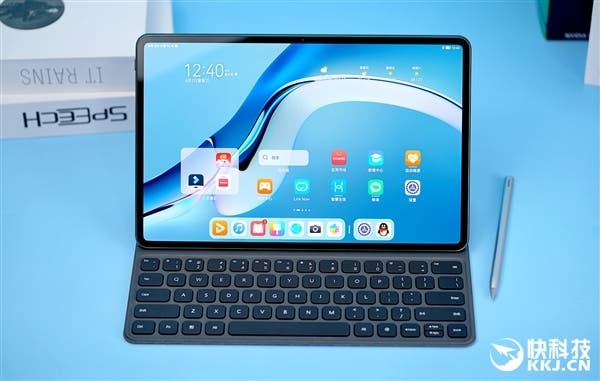 According to Huawei, HarmonyOS brings a new tablet desktop mode. In the middle, there is a new interface for smart cards while the bottom has the application bar. The overall appearance is not only simple and generous, but the operation logic is more user-friendly. It one-touch application which makes it more convenient.

In addition, HarmonyOS brings more convenient multi-screen collaboration to the tablet. It not only supports the connection of mobile phones and tablets but also supports the connection of PCs and tablets. Users can drag and drop content between the two devices, and use a set of mouse and keyboards to control the two devices. The tablet is set up as the second screen of the PC.

Furthermore, HarmonyOS has made a lot of optimizations for the bottom layer. From storage management to GPU graphics, to battery life, Huawei’s own improvements and optimizations are evident. The performance increases by 42%, and it will be free for 36 months. In addition, the battery life is also better. Playing games at 90fps on Mate 40 can last for 5.1 hours, which is 0.4 hours longer than EMUI 11 (nearly half an hour).

In terms of security, HarmonyOS also focuses on strengthening the existing problems of the current system. The TEE OS security microkernel has obtained the CC EAL5+ certification, the highest security level of the global commercial operating system kernel. It has privacy protection without blind spots, pure mode, and a super terminal. The HarmonyOS security application and application permission restriction function bring the highest level of privacy and security protection.

There are not many tablets in the market with a 120Hz refresh rate display. However, with the launch of HarmonyOS, this is about to change. Since HarmonyOS conserves the power consumption, the battery drain from 120Hz will not be a huge scare anymore.

For mobile phone and tablet users who have experienced high screen refresh rates, the smoothness brought by 120Hz is completely incomparable with 60Hz screens. The silky feeling is hard to ignore. Just like fast battery charging, it is an upgrade that fundamentally changes the user experience. It is estimated that this is also the goal of HarmonyOS in the next phase, focusing on optimizing the productivity experience with high refresh rates. 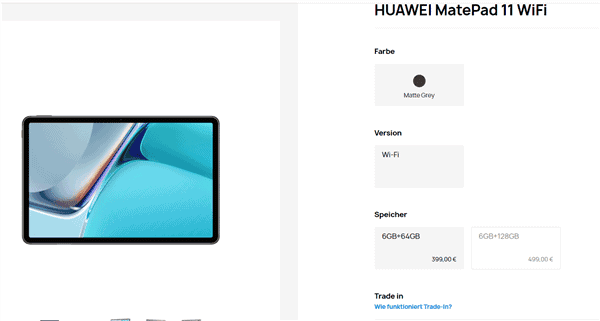 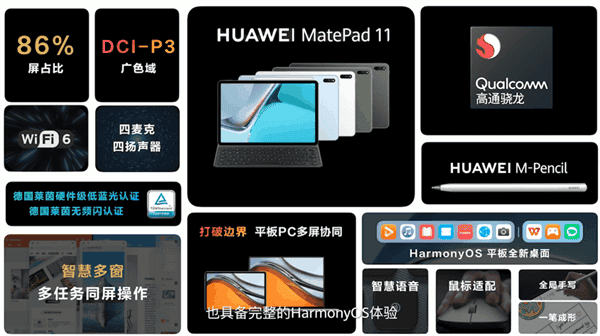 In addition to the slightly smaller screen size, the other aspects of Huawei MatePad 11 are similar to Huawei MatePad Pro 12.6. We expect the DCI-P3 color gamut, Wi-Fi 6 network, support for M-Pencil stylus, and of course, the HarmonyOS.

The HarmonyOS on tablets obviously brings a lot of improvements. However, we should not forget that these devices will still not support GMS. This is a very important consideration for global users that plan to use the HarmonyOS tablet.