Affected by the epidemic in 2020, distance learning and remote office work have promoted a surge in the sales of large-screen devices. Among them, the tablet market has benefited the most. Therefore, many mobile phone manufacturers have begun to focus on the tablet market. Xiaomi, Huawei and the likes are no exception. If you follow news from this niche, you should have been noted that the Huawei MatePad 11 has become a buzzword. Besides the fact we are dealing with a Huawei mobile device, it will come with a Snapdragon 865 chip and HarmonyOS. Thus, this is going to become the first Qualcomm tablet running on HarmonyOS. Something identical we have related to the Xiaomi Mi Pad 5.

Xiaomi hasn’t updated its tablet line for a couple of years. So everyone is eagerly waiting for the next-gen model because the Xiaomi Mi Pad series products have always been in the spotlight. As for the Xiaomi Mi Pad 5, we have heard it will hit the market in mid-to-late August. Moreover, the configuration is quite similar to Huawei’s MatePad 11. But as you guess, Xiaomi’s model will run on Android-based MIUI for Tablet.

The Xiaomi Mi Pad 5 will have more than one model, among which the high-end version will be equipped with the Snapdragon 870 processor. (As you know, the latter is considered to be the improved version of the Snapdragon 865.) So the performance will be basically the same as that of the Huawei MatePad 11.

At the same time, the Xiaomi Mi Pad 5 ought to come with a 2K high refresh rate screen. Specifically, it will have an 11-inch 2K resolution LCD screen. The latter will support up to 144Hz high refresh rate and 480Hz touch adoption rate. So it will be able of bringing more details to large-screen devices. 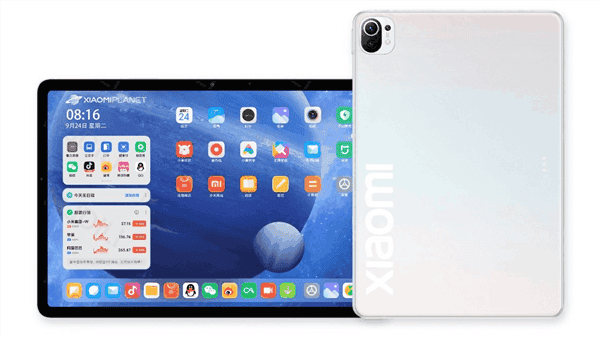 In addition, the Mi Pad 5 will also support stylus functions similar to the iPad Pro. This is another reason why the Xiaomi Mi Pad 5 is said to be the closes rival to both the Huawei MatePad 11 and the iPad Pro.

It’s worth mentioning that Xiaomi executives also revealed that the MIUI for Pad system will be developed specifically for tablet products. Similar to the MIX FOLD folding screen handset, it will support the handheld PC mode and provide a familiar computer interface. The menu, control center, and multiple windows can be opened at the same time. This will bring a richer user experience and get rid of the title of ‘big screen mobile phone.’