Realme is taking a while to update its smartphones to Android 11. We believe that by the time of Android 12’s official release, the company will still be rolling out Android 11 for some of its smartphones. The program of updates was announced nearly a year ago, and apparently, it is finally gaining some traction. Today, the Realme 6 and Realme 6 Pro are a step closer to getting a full-fledged Realme UI 2.0 update based on Android 11. The last year’s midrangers are now joining Realme UI 2.0 open beta program.

Users interested in testing this update can enroll via the smartphone’s Settings. You just need to head over to Software Update Menu and tap on the Settings icon in the upper-right corner, then on Trial Version, and then on Apply Now. If your application is selected, you’ll receive the beta build update on your smartphone.

The last year’s midrangers are one step closer to Realme UI 2.0

One thing to note is that the smartphone needs to be running firmware with version RMX2001_11.B.63 before applying for the open beta program. Moreover, it is necessary to have at least 60% battery and 5 GB of Internal Storage. If you pass these two requirements, then proceed with the installation. According to the company, users who are a part of the early access program need not join the open beta program. After all, they will be switched to the open beta channel and receive these updates. Those who participated in the beta program will get the latest beta firmware as the stable build when it is considered stable by Realme. 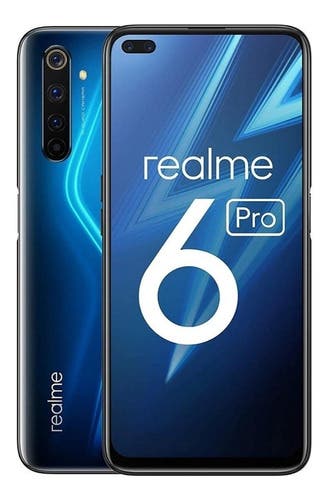 Realme UI 2.0 brings a ton of changes over its predecessor Realme UI 1.0. There are new visual elements, new Dark Mode colors, Accents controls, and more. Of course, Android 11 goodies are present in the package as well. That includes One-Time permissions for microphone and location, Chat Bubbles, Conversation Notifications, and more.

The Realme 6 was unveiled last year with a MediaTek G95 SoC and a 90Hz refresh rate. The Realme 6 Pro, on the other hand, came with the Qualcomm Snapdragon 720G SoC. Interestingly, this processor can be found on the Realme 7 Pro and Realme 8 Pro. So, in terms of performance, there isn’t anything new for those in the conventional numbered Realme smartphones. Now, that the devices will run Android 11, users will not really feel the need for an update. Unless that they need Android 12, of course.

If everything goes as planned, we should see a stable release coming until August.

Next Xiaomi Mi MIX 4 display - straight or curved? Which will it be?