Xiaomi is reportedly working on a new flip phone The Chinese handset maker has been busy this year, especially when it comes to patent filings. The company has already filed patents for the Mi Mix Fold, and the Mi Mix Flip foldable phones.

Earlier this month, LetsGoDigital reported that one of the aforesaid foldable devices will be a clamshell phone. The report suggests that the device will be an inwardly foldable phone that will sport a large flexible screen, covering the inside, as well as the front of the device.

While details about the foldable smartphone that can transform into a tablet are still scarce, a new report from 91mobiles suggests that the company is already working on another phone. According to the report, Xiaomi has filed for a patent that gives us a glimpse of a flip phone.

The company seems to be working on a phone with a foldable display. The device appears to adopt the same mechanism used in the Moto Razr 5G and the Samsung Galaxy Z Flip smartphones. According to 91mobiles, the design patent has been filed at WIPO (World Intellectual Property Organisation). 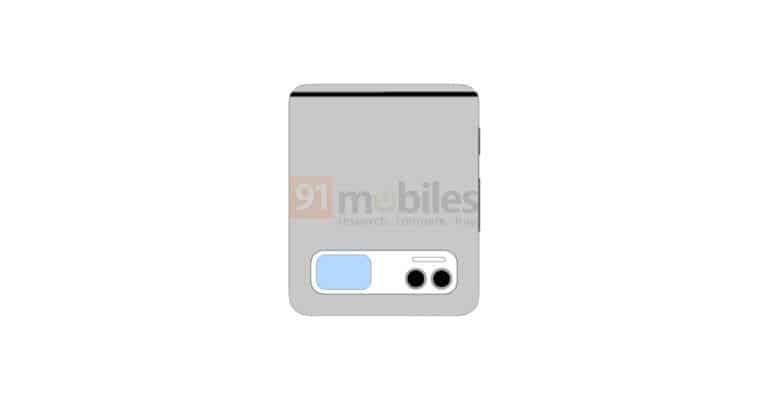 A device that can be folded in the middle is displayed in the patent. This is similar to a flip phone. Although Xiaomi seems to be drawing inspiration from other foldable phones for the design of its new flip phone, there is a major design element that sets it apart from the rest of the folding devices available in the market today.

The Xiaomi flip phone houses a unique, horizontally placed module at the back to accommodate a LED flash and a couple of large camera sensors. Right beside the camera setup, there is a square cutout, which could house a secondary display for displaying time, icons, functions. Alternatively, it could be a massive telephoto lens.

What Else Does The Patent Images Reveal?

If the patent images are anything to go by, users will be able to fold Xiaomi’s new flip in half. This will be similar to folding a laptop, and facilitate multitasking since the UI is quite proficient. The right side houses the volume and power buttons. The bottom houses a SIM tray, USB Type-C port, and speaker grille.

Like most newfangled phones, the Xiaomi flip phone retains the 3.5mm audio jack. Upfront, it features a pill-shaped cutout to hold two selfie cameras and an LED flash. Moreover, the phone is likely to have ample crease in the middle, given that it folds in half. 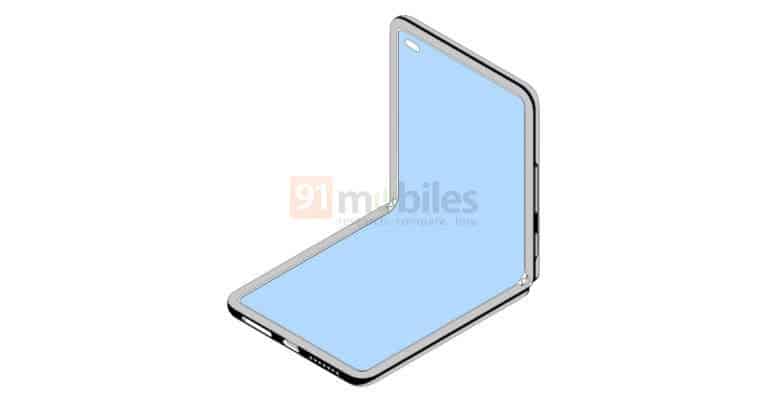 Furthermore, the flip phone appears to adopt a slim design, which regrettably, hints at a smaller battery capacity. A Xiaomi flip phone sporting a circular camera setup was recently discovered by MySmartPrice.

It showed the same pill-shaped punch-hole, as well as similar port placement. Xiaomi has neither confirmed nor denied the existence of such a flip phone, but it exists, it is likely to be a flagship rather than a premium mid-range device.