Back in the last month, OnePlus introduced its OnePlus Nord N200 and Nord CE 5G smartphones. The former was a sequel for the entry-level OnePlus Nord N100, this time bringing better specs and 5G connectivity. The latter is an intermediary option between the OnePlus Nord N10 and the original OnePlus Nord. Now, the company is gearing up to introduce the great king of its mid-range smartphones series, the OnePlus Nord 2. The new handset will bring much better specifications including a MediaTek flagship-level chipset. OnePlus is building the hype for the smartphone, and today decided to share some tidbits about the display technology found in the new device. 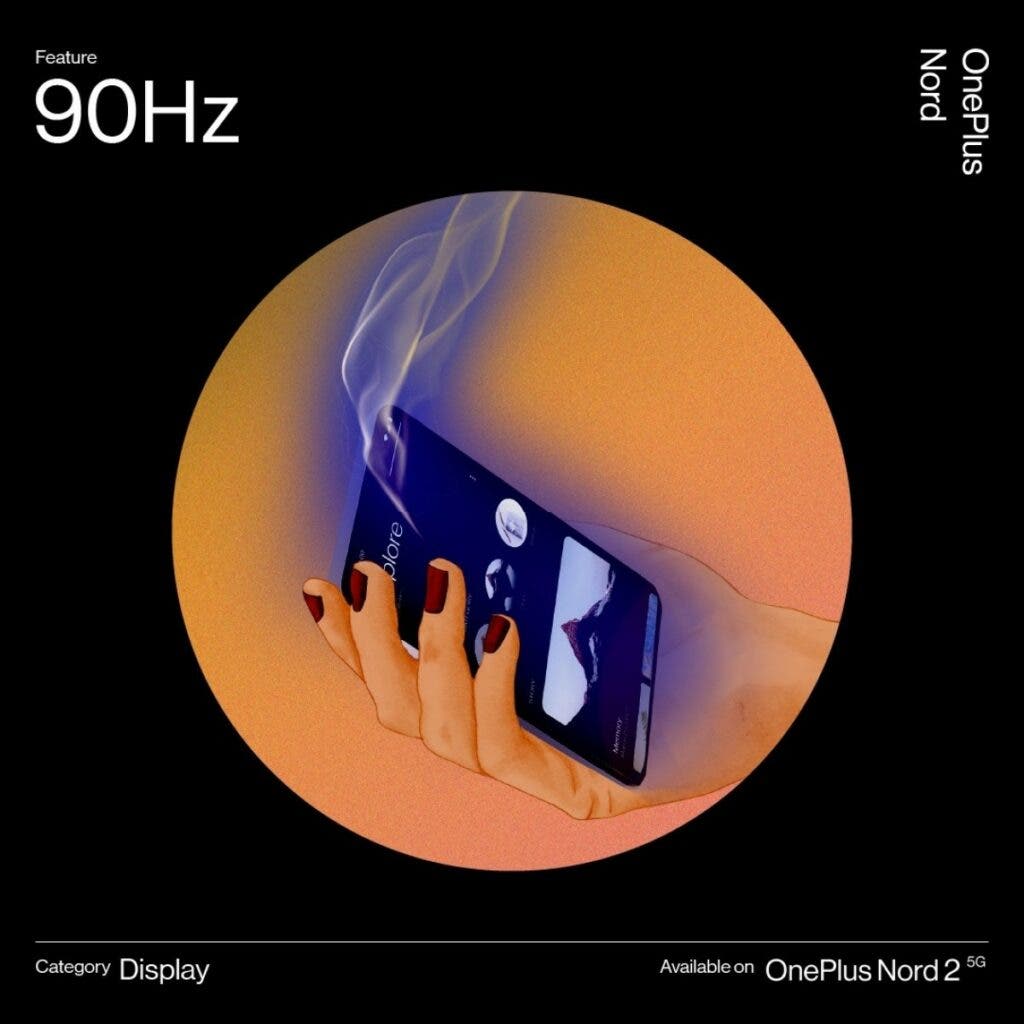 According to a new teaser shared by the company, the OnePlus Nord 2 will pack a 6.43-inch Fluid AMOLED display with a 90 Hz refresh rate and HDR10+ certification. Of course, we can assume that this display offers a Full HD+ resolution with at least 2,400 x 1,080 pixels. Compared with the OnePlus Nord and the cheaper Nord CE, the new handset offers the same diagonal and specifications. Thanks to a set of leaked renders, we know exactly how the display will look like. The last detail about it is a top-left-aligned punch-hole cutout for the selfie camera. This design language has been present on OnePlus smartphones for a long time now.

OnePlus already confirmed the OnePlus Nord 2 will pack the MediaTek Dimensity 1200-AI chipset. Note the “AI” on the name that comes to differentiate this particular piece over the other Dimensity 1200-powered smartphones. OnePlus has worked together with MediaTek to deliver a new variant of the chip with improved response during gaming and a better photography experience. The AI hardware will come with support for DOL-HDR, which means capturing several exposures simultaneously to reduce ghosting.

The OnePlus Nord is rumored to come with a 50 MP main camera with a Sony IMX766 sensor in terms of optics. However, the source that claimed this got the screen size wrong. For that reason, we should remain doubtful about this actual piece. Anyway, the full piece of the OnePlus Nord 2 will be revealed in 10 days. We expect OnePlus to reveal more details in the upcoming days. After all, the Chinese firm is well-known for its long marketing campaigns.

The device will likely pack a battery between 4,000mAh and 4,500mAh capacity. It will also bring NFC, an in-display fingerprint scanner, and a USB-C port likely with 30W of charging. It will run Android 11 with OxygenOS 11 on top.