In the second quarter of 2021, global PC shipments reached 83.6 million units, a year-on-year increase of 13.2%. At the same time, desktop computers played a huge role, becoming even more demanded than notebooks. But we can’t explain why this happened. 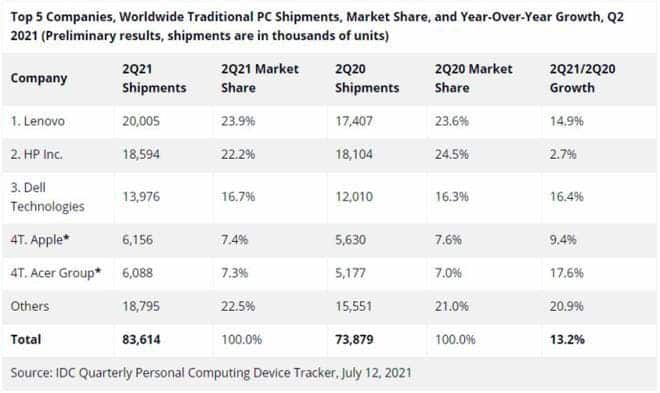 “The PC market’s hot streak continued to drive heavy investments from the supply side including the entry of new vendors as well as additional spend from underdogs,” said Jitesh Ubrani research manager for IDC’s Mobile and Consumer Device Trackers. “And while the top 5 continue to drive volume, the smaller vendors have helped drive growth by offering unique features or niche designs.”

The annual growth remains quite high. But it has begun to taper off as the 13% growth rate in 2Q21 is far lower than the 55.9% growth in 1Q21 and 25.8% growth in 4Q20. “The market faces mixed signals as far as demand is concerned,” said Neha Mahajan, senior research analyst with IDC’s Devices and Displays Group. “With businesses opening back up, demand potential in the commercial segment appears promising. However, there are also early indicators of consumer demand slowing down as people shift spending priorities after nearly a year of aggressive PC buying.”

In terms of main players, Lenovo Group continued to lead the market. In the second quarter, shipments reached 20 million units, with a market share of 23.9%. Its shipments were increased by more than 14.9% year-on-year, surpassing the industry’s 13.2% growth rate. In other words, Lenovo sells faster than the market grows. Or we can even treat it in this way – Lenovo sells more than an average brand does. 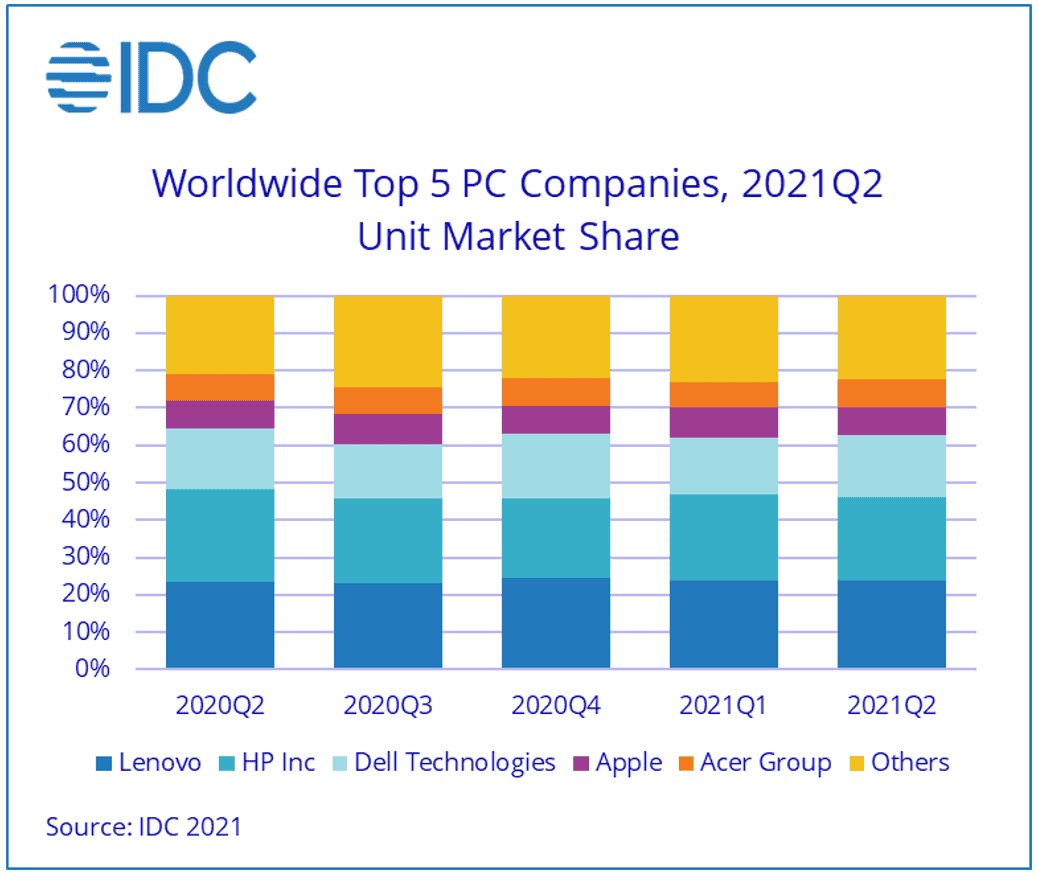 IDC said that while the PC market continues to grow, demand may also show a trend toward more diversification. In addition to consumer demand for PCs, as the global epidemic gradually subsides with the increase in vaccination rates,. Plus, companies reopen. So the manufacturers have to do their best to meet the demand.

Previous Amazon intends to track users sleep with a radar

Next Samsung Galaxy Z Fold 3 is already certified in China