Samsung’s Galaxy Z Fold 3 is likely to offer S Pen Pro support. The South Korean tech giant had earlier indicated that stylus support will be made available for the foldable shortly. There have been several speculations surrounding the inclusion of an S Pen stylus in a Samsung foldable, and it is finally coming to fruition.

The Galaxy Note series has temporarily been abandoned by Samsung. However, the well-received S Pen accessory isn’t going anywhere. The hotly-anticipated Galaxy Z Fold 3 is expected to debut with S Pen Pro compatibility. While earlier reports and leaks had already hinted at this, more shreds of information have surfaced to support this speculation now.

A filing for the S Pen Pro on the FCC website was recently spotted. The agency recently approved the S Pen Pro that has been assigned model number EJ-P5450, according to SamMobile. Samsung announced the accessory along with the regular S Pen for its Galaxy S21 Ultra, earlier this year. Although Samsung hinted at a 2021 release, it never went up for sale.

This bigger version of the S Pen supports Bluetooth connectivity. A document has now confirmed that the new stylus will be compatible with the impending Galaxy Z Fold 3. Aside from the Z Fold 3, the stylus will work with a slew of other devices including the Note 20 lineup and the S21 Ultra. The filing includes a list of devices that will be compatible with the S Pen Pro.

This news isn’t a surprise, considering that Samsung has been hinting at S Pen support for its foldable device for quite some time now. During the Unpacked event in 2020, Samsung’s President of Mobile, Tae Moon Roh said that he was happy to hear that customers want the Fold to support the S Pen. In a December blog post, he revealed that the company is planning to introduce some of Galaxy Note’s features to a slew of other devices.

A detailed leak has revealed the upcoming phone with a stylus. Renowned leaker Evan Blass (aka OnLeaks) shared a render of a device that looks like the Galaxy Z Fold 3. Interestingly, there is a “Fold Edition” S Pen next to it. It appears that the Z Fold 3 will include the Fold Edition stylus, while the customers will need to purchase the S Pen Pro separately. 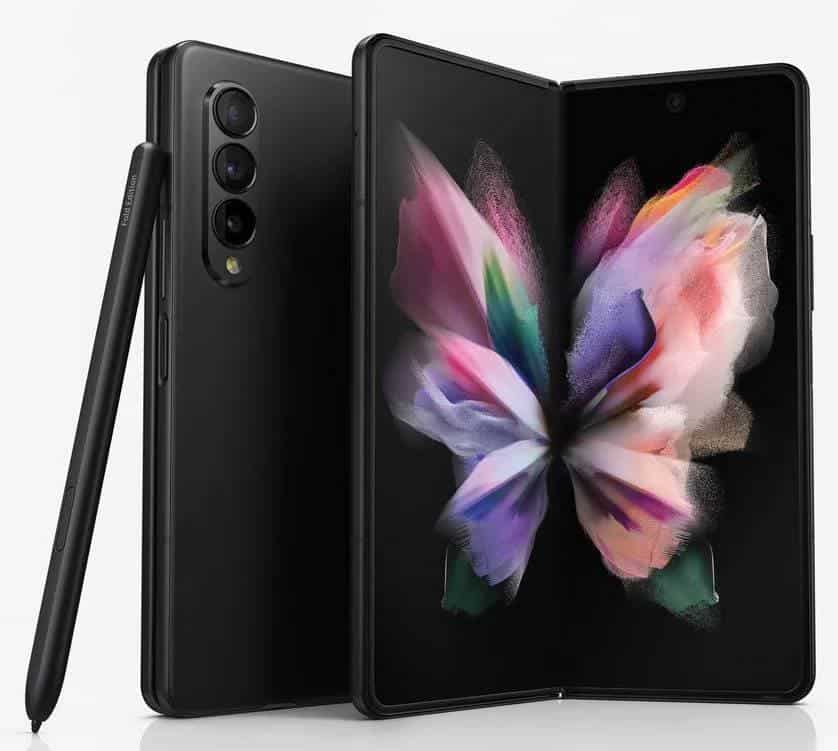 The S Pen Pro will support Bluetooth LE connectivity. In other words, the upcoming accessory will support Air Actions, which the standard S Pen model doesn’t support. Moreover, the Pro variant is larger, partly because it is backed by an internal battery. The Galaxy Z Fold 3 is likely to be unveiled during the Unpacked event that kicks off next month. The foldable device could go up for sale either in August or in September.