The global tablet market has not always been the most lucrative of markets. However, since the advent of the coronavirus pandemic, this situation is different. The sudden surge in demand for large display devices for school and work has made the tablet and PC market more lucrative. To this end, many manufacturers are re-entering the tablet market. In fact, some manufacturers will make their debut in the market. One of such debutants is Realme. Over the past few weeks, there have been multiple reports regarding the Realme Pad. 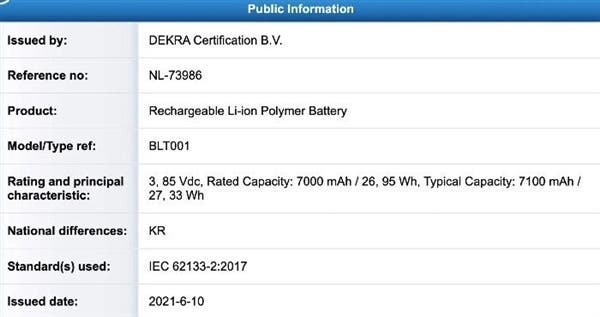 At the Realme GT global conference, the official has confirmed that it will launch the Realme Book and the Realme Pad. While the former is a notebook, the latter is a tablet. According to reports, the Realme Pad already has the DEKRA and Rheinland certifications. Interestingly, both certifications confirm that this tablet will come with a 7100 mAh lithium polymer battery. Unfortunately, these certifications do not reveal any other information on this tablet. 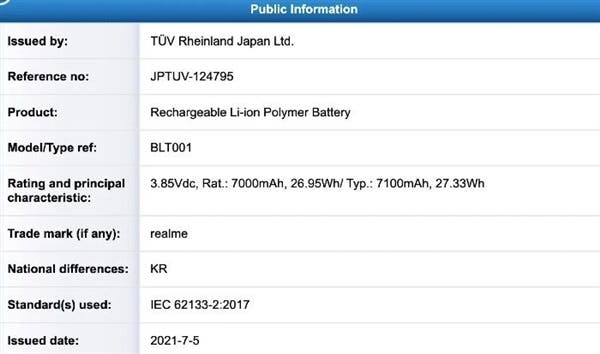 From the speculations so far, the Realme GT may come with an aluminum alloy body. This device will also use a straight-edge middle frame and a prominent camera module. Furthermore, this device should run on the Android 11 system, support 4G LTE and start with at least 64GB of internal storage.

Recently, a leaked image shows a pretty long device that is suspected to be the Realme Pad. The leak shows that this device will likely have an aluminum frame which implies that it will be a premium device. The speculations so far show that this device may come with a good processor, Snapdragon 870. There are also reports that the Realme Pad will offer a sort of interconnectivity with the rest of the Realme devices. This feature is currently available on the brand’s smartphones and other upcoming tablets. Besides this feature, the tablet will run on Android 11.

As of now, there is no official launch date for Realme’s maiden tablet. Likewise, the brand has refrained from divulging details about the release date of its first laptop. So far, Realme is doing a good job with keeping the details of this tablet out of the public. Nevertheless, there will be more information on these devices on the launch day. The reports so far show that this device could either use the Snapdragon 768G or Snapdragon 870 SoC. Either way, the performance of this tablet will be fairly good with these processors.