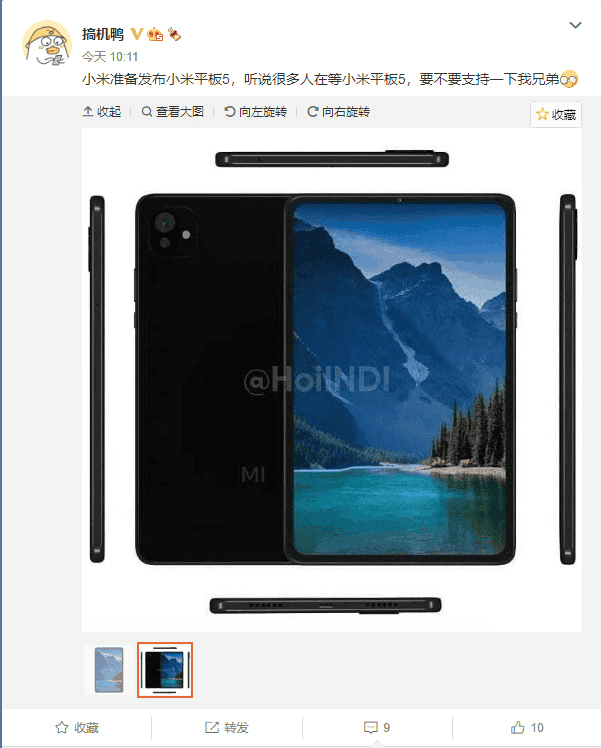 There have been numerous renders of the Xiaomi Mi Pad 5 and they all show a similar design. This tablet will use a rear camera module design just like the Xiaomi Mi 11. Today, Wang Hua, the general manager of Xiaomi’s public relations department, responded to a message of the latest render of an alleged Xiaomi Mi Pad 5. His message reads “My home’s MI standard does not grow like this”. This shows that there are a few details from this render that is far from the real deal.

Furthermore, there are reports that the Xiaomi Mi Pad 5 series will have both LCD and OLED versions. Obviously, the OLED version will be more expensive. Nevertheless, the resolution of the display will be 2560 x 1600 and it will support a 120Hz refresh rate as well as a 240hz touch sampling rate. In addition, this device will also support 4096-level touch and In-Cell active pen technology.

In addition, the Xiaomi Mi Pad 5 series will use a new MIUI system (MIUI for Pad). The MIUI team is deeply adapting tablet devices, which means that the MIUI tablet experience will have new surprises.

It is worth mentioning that not long ago, Xiaomi’s new tablet’s accessory appearance patent drawings were also exposed, including keyboard cases and stylus pens. From the pictures that hit the web, the Pad 5 has round corners on the rear and contacts on the edges. The stylus storage is in the keyboard case. This tablet will come with a 4260 mAh dual-cell battery. This means that the effective battery capacity of this tablet is 8520 mAh. Although there is no information on its fast-charging capacity, this device will offer long-lasting battery life protection.

Previous Redmi K50 series with a Snapdragon 895 chip to launch this year?