Samsung has enhanced its game with the arrival of the Galaxy A and M-series. The devices under these two lineups brought up good specifications at affordable pricing points. This year the company is enhancing the thing by introducing 5G-enabled smartphones under the mid-range segment. Meanwhile, it continues bringing super affordable smartphones under a specific branch of the Galaxy A-series, the A0-series. Last year, Samsung introduced a couple of super-budget smartphones under this lineup. These devices were even cheaper than their big brothers from the A-series. After a successful Galaxy A02s, Samsung is preparing the terrain for a new smartphone dubbed Galaxy A03s.

The Galaxy A03s has been circulating through the rumor mill for quite some months now. For that reason, we know most of its “alleged” specifications. The device will bring a traditional design for the series and will be kept by mid-range specifications. However, we didn’t see much info regarding the battery capacity until now. Today, the Galaxy A03s has passed through the US FCC certification which confirms the battery size of the new entry-level device. 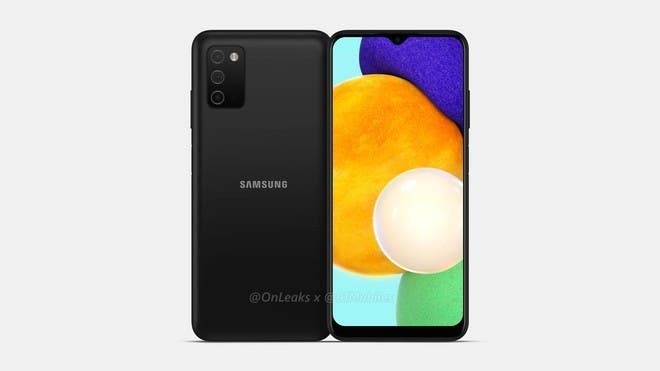 According to a recently published FCC certification, the new smartphone offers a generous 5,000mAh battery size. It’s common now to see Samsung entry-level smartphones coming with good batteries. These devices come to offer a decent experience for average users and this certainly includes a great battery backup. The smartphone can easily go through an entire day with a battery of this size. Unfortunately, there is no info regarding the charging technology on this device. It will certainly come with a USB-C port since the Galaxy A02s does have one. We expect 15W charging at the bare minimum. Worth noting that besides the FCC certification, the device already passed through India’s Bureau of Indian Standards.

With these two certifications under its sleeve, we assume that Samsung is preparing for a global launch very soon. According to the leaks, the Galaxy A03s will sport a large 6.5-inch IPS LCD panel. Under the hood, the phone has a MediaTek Helio G35 SoC and up to 4 GB of RAM with 64 GB of Internal Storage. Of course, we can expect a micro SD card slot for extra memory. The device will pack three cameras on the back. There is a 48 MP shooter, a 5 MP macro unit, and a 2 MP camera for depth sensing.