You may not have noticed with everything else going on, but over the past year portable power stations have become a hot topic of discussion. A ton of new products have come out recently from established brands like Jackery, EcoFlow, and Bluetti. A few have gotten their start via crowdfunding, like the Bluetti EP500 (5.1 kWh/3 kW) which generated 3.1M USD on Kickstarter in May and the EcoFlow DELTA Pro (3.6 kWh/3.6 kW) which is currently aiming for a July Kickstarter launch. There are some new players entering the market, as well, like the brand-new Mango Power Union (6.9 kWh/4 kW) which, according to its website, is supposed to hit Indiegogo in August. Today, we’re going to take a deep dive into two of these – the Mango Power Union and the EcoFlow DELTA Pro – to see how they stack up against each other.

Neither of these power stations have officially launched yet, so all the specs in this article come from their respective websites. EcoFlow Delta Pro in here and Mango Power Union right here.

Before jumping in, it’s important to note that the Mango Power Union integrates both a portable power station and a larger home module into a single device, so it’s not a completely apples to apples comparison next to the EcoFlow DELTA Pro. Nonetheless, for anyone in the market for a power station in 2021, this side-by-side look should be helpful.

The entire Mango Power Union boasts an impressive 6.9 kWh capacity while its detachable module – the so-called “Power Move” – clocks in with 2.3 kWh. Both use high class EV Polymer NCM Battery Cells that have 38% greater energy density, and are capable of operating in a broader range of temperatures than traditional LFP cells.

The EcoFlow DELTA Pro’s 3.6 kWh capacity beats out the Power Move, but can’t compare to the complete Mango Power Union package. EcoFlow has not yet released the exact details of its battery cell, but we assume it will deliver greater capacity than its predecessor.

The Mango Power Union can be expanded to up to 10 devices operating in parallel for a whopping 69 kWh and 40 kW output. The EcoFlow, on the other hand, supports a respectable scalability up to 6 devices. If users include an expandable battery pack, the completed configuration should deliver a total of 25 kWh. No information about the output capability.

When scaled to its full size (6 devices in parallel) the EcoFlow claims 13 days of emergency home power or 20 hours of daily use. Mango Power has not yet mentioned specifics for their potential backup time, but have suggested their device could power a home for weeks in the event of an outage. This seems to be a realistic claim for users who purchase the maximum 10 devices for 69 kWh capacity.

If a user was limited to only one unit of either device, though, the Mango Power Union (6.9 kWh) would win hands down against the EcoFlow DELTA Pro (3.6 kWh). 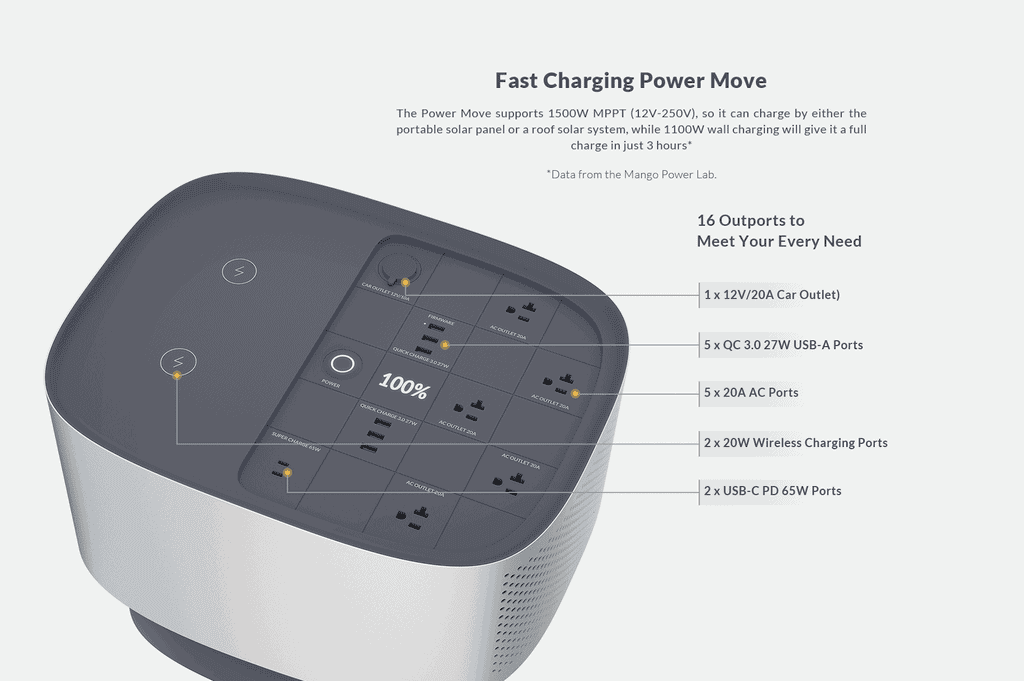 As you can see in the table above, the Mango Power Union just barely edges out the EcoFlow for total number of ports, but the EcoFlow supports both DC and RV ports. The main sockets, like AC/USB-A /USB-C/wireless charging, are very similar. 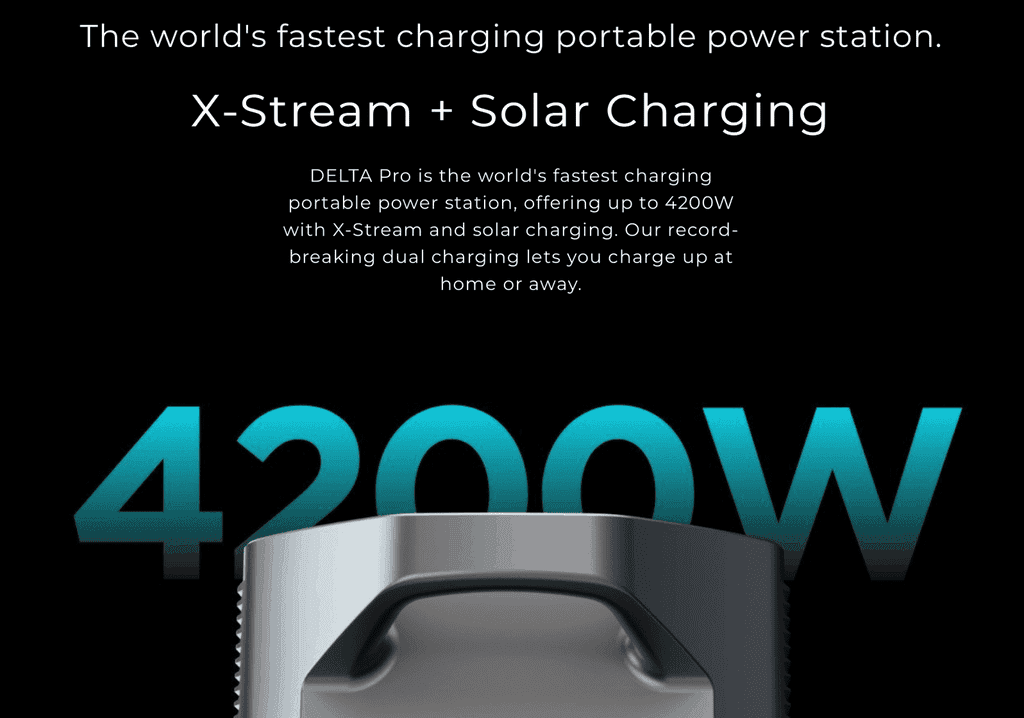 The EcoFlow uses X-Stream charging technology that enables 3 kW wall charging. It also supports an astounding 4.2 kW for solar charging if you have enough panels. It is as yet unclear whether the EcoFlow can be charged via roof solar panel, but we suspect it must. Otherwise, you’d need to lug around 42 100W solar panels to achieve these numbers in a real-world situation.

Both devices have the main sockets you’ll need and the Mango Power Union has a slight advantage in the number of ports, but the EcoFlow DELTA Pro offers greater diversity with both DC and RV ports.

When it comes to design, the Mango Power Union is in a class of its own. It features a brushed metal skin and practical yet artful ambient lighting status indicator that make it look more like a piece of modern art than a battery. Though it can probably be made to match many interior design styles, it honestly wouldn’t look out of place in a gallery. The complete Mango Power Union package, including the detachable, portable Power Move, has an overall size of 17.6 * 13.6 * 26.7 inches. That may sound large, but if we consider its total capacity (kWh/m3,) it’s quite impressive, probably the most compact in the market. This may be thanks to the Polymer NCM Battery Cells it uses as opposed to the normal 18650 cells. 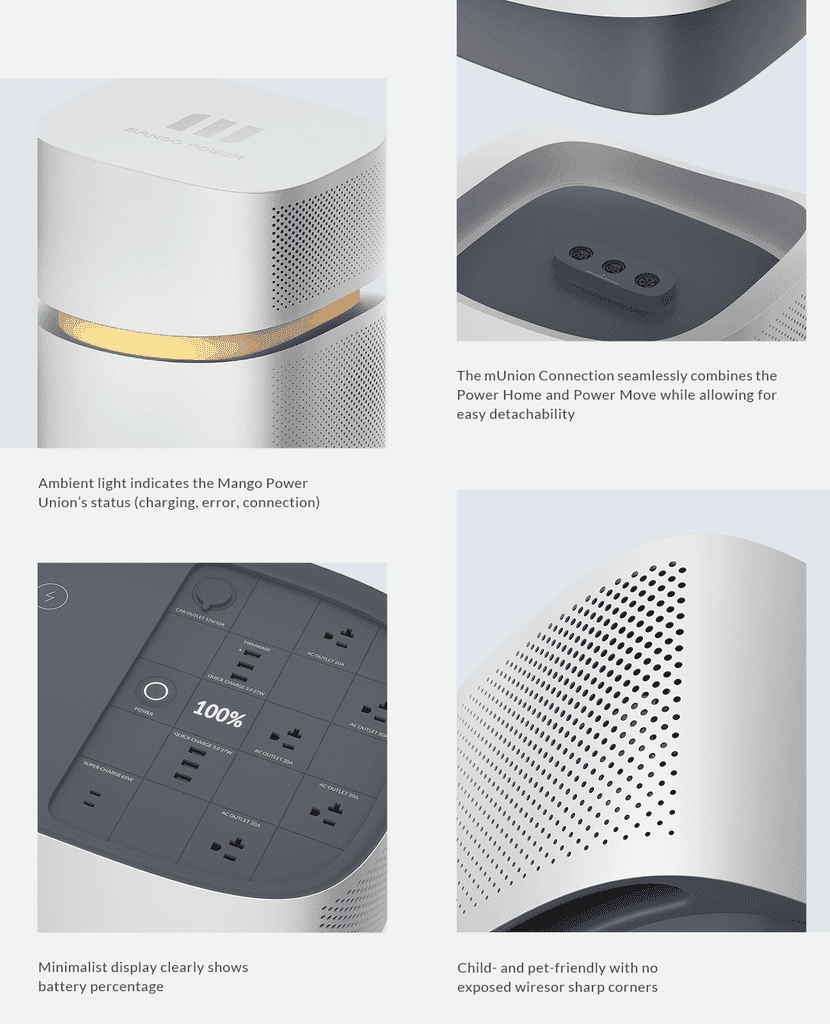 The EcoFlow has kept a very industrial design, similar to its previous DELTA model. The company has not yet released the exact size of the battery, but with its increased capacity and functionality, it’s reasonable to assume that it will be much larger than the previous DELTA, which was 15.7 * 8.3 * 10.6 inches.

In regards to design, the Mango Power Union comes out on top. It’s got a cool, modern look that would definitely fit in a swanky living room, but setting appearances aside, the fact that it includes both a portable and a home power station make it a uniquely innovative product. The EcoFlow, however, should be more popular among those who prefer an industrial look, and would be perfectly at home in a garage.

The Mango Power Union includes 2 parts: the Power Home for home use, and the Power Move for outdoor off-gird life. It works as a home backup power supply, stores green energy like solar power from your roof, and can seamlessly power sensitive electronics so there’s no break in power in case of an outage. The Power Move can be taken travelling or out into the field for professional outdoor work. The entire device has a variety of settings, including Back Up Power Mode (prioritizes energy storage to prevent shortages), Time-Based Control Mode (stores and consumes power based on peak/off-peak times to save on your electrical bill) and Economy Mode (prioritizes green energy use when connected to a solar system).

The EcoFlow, with its all-terrain wheels, more rugged case, and telescoping handle, definitely serves a role in powering outdoor life, but when it comes to home use, particularly if there’s an emergency, you probably wouldn’t want to rely on it too heavily unless you bought 6 of them and had them operating in parallel.

Both products can definitely deliver good service for outdoor living, but the Mango Power Union seems like a better bet when we’re talking about a home backup power source. It makes more sense to compare the Mango Power Union to a Tesla Powerwall in this respect, and we hope to put those two head-to-head in a later article.

The Mango Power Union can connect via either Bluetooth or Wi-Fi with an included app that enables remote control and OTA upgrades. The app also records your energy use stats and will give you notifications and alerts when necessary. It also generates a report showing your green energy use and carbon footprint. 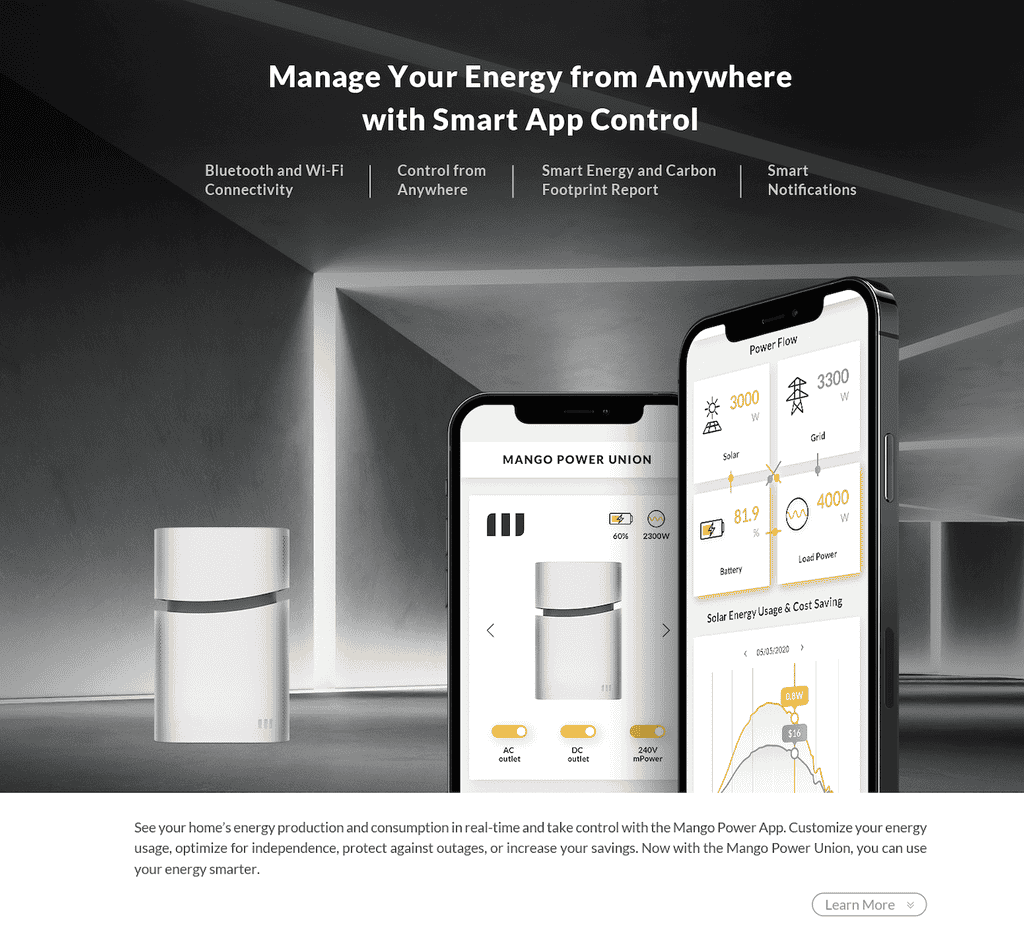 The EcoFlow DELTA Pro can only be controlled via its built-in panel, which is good enough when you’re using it as a portable battery.

Both products have launched via crowdfunding platforms. The Mango Power Union released on Indiegogo while the EcoFlow DELTA Pro recently switched to Kickstarter. The Mango Power Union has a retail price of $5699 and is currently offering an early bird price at $3999 and EcoFlow DELTA Pro has not yet released a price. Here we also add Tesla Powerwall for a comparison.

We’ve priced the two of them out in terms of battery capacity as shown in the table below. I have to say, the Mango Power Union’s pricing is quite aggressive, especially for a new brand. Either way, both of these batteries are rather reasonable.

There are a few little things we didn’t quite get a chance to mention.

First off, we really need to emphasize the usefulness of the EcoFlow DELTA Pro’s all-terrain wheels and telescoping handle. It may not sound like much, but when you’re carrying a pack on your back and hiking toward your campground, you’re definitely going to appreciate how easy this portable power station is to move around. 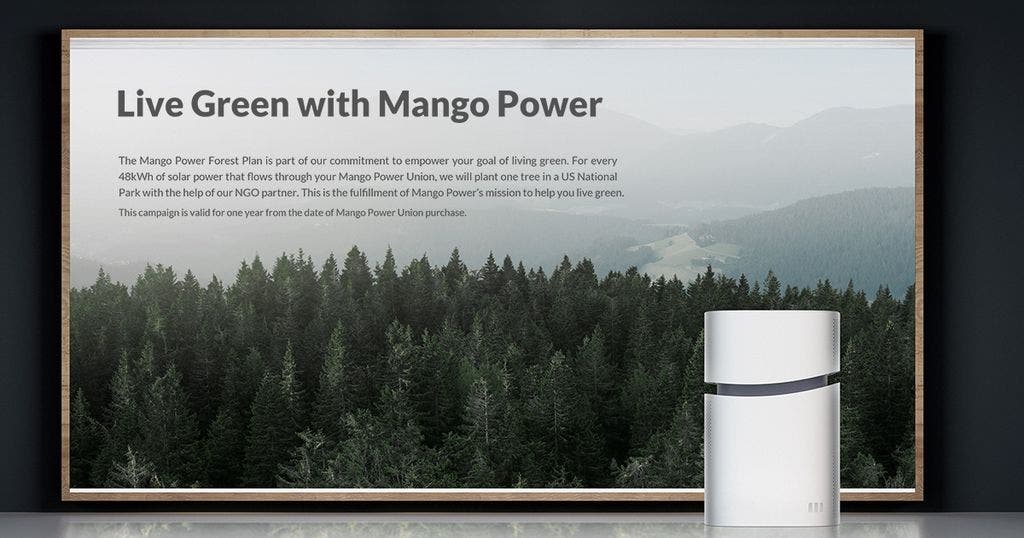 The Mango Power Union, on the other hand, really speaks to the eco-warrior in me. For every 48 kWh of solar energy that flows through this device, the company plants another tree in one our nation’s national parks through something they call The Forest Plan. Given that the Mango Power Union boasts a 69 kWh capacity and claims to be rechargeable for 60,000 cycles, that means you could potentially “earn” 86,250 trees. I like that idea.

Either way, though, if you choose one of these or any other power station and you power it via some form of green energy, whether it’s wind, nuclear, solar, or anything else, you’re doing the world a favor. Thanks

Battle of affordable phones : Blackview A100 vs. Redmi 10X 4G