Rugged smartphones got into the public eye with their unbelievable durability. If there’s one feature that can catch everyone’s attention once again, it’s an integrated thermal camera. In today’s world, thermal imaging technology is no longer a strang concept to the people. It makes use of thermal differences in various objects and spot faults in various systems. It can especially serve a wide range of professionals. Like builders, plumbers, electricians, first-line workers, and DIY enthusiasts.

While rugged phones have gotten more popular than before, there still aren’t many options that boasts an integrated FLIR thermal camera. Today we’ve selected two flagship phones and compared their thermal imaging technology and other key differences between them. Ulefone Armor 11T 5G vs. Cat S62 Pro face-off will show, which one is the best choice. If you need an extremely sturdy phone with great thermal imaging capabilities that is. Now, without further ado, let’s get started with a video!

In the video Ulefone Armor 11T 5G (always on the right) and Cat S62 Pro (always on the left) have gone through a thermal imaging test at the same time. And  you can see the effect comparison very clearly. According to the manufacturers, both phones use a FLIR Lepton infrared sensor, so who would win in the end? In this video, they’ve been brought to different work and life scenes. including subway station, exercise room, shopping mall and busy roads. They’ve measured infrared radiation emitted by human bodies, HAVC systems, buildings, machines and vehicles and then converted it into visible images. Both of them truly deliver the key information needed for technical diagnosis, but Ulefone Armor 11T 5G is just a fraction better. Because it can capture useful visible details like lines and edges, which makes it easier to tell what you’re looking at.

Besides the thermal imaging, how about their other specs? First, let’s talk about the durability. The Armor 11T 5G and S62 Pro are both insanely durable smartphones offering IP68/IP69K water- and dust-proofing, as well as the military-grade MIL-STD-810H to survive high drops. Then Armor 11T 5G comes equipped with an octa-core MediaTek Dimensity 800 5G chipset, and is supported by 8GB of RAM and 256GB of internal storage. Cat S62 Pro on the other handruns on an octa-core Qualcomm’s mid-range Snapdragon 660 chipset paired with 6GB of RAM and 128GB of storage.

The Ulefone performs better than the Cat, because the latter can lag when opening apps and is less responsive when scrolling through apps and web pages. As for battery life, the Armor 11T 5G packs a great 5200mAh battery, while the S62 Pro has a 4000mAh battery that last a bit shorter. Armor 11T 5G also sports a 48MP triple rear camera system, compared  to S62 Pro with slightly awkward 12MP dual rear camera. Lastly, Armor 11T 5G surprisingly supports 5G networks for a significant increase in speed, while S62 Pro does not. 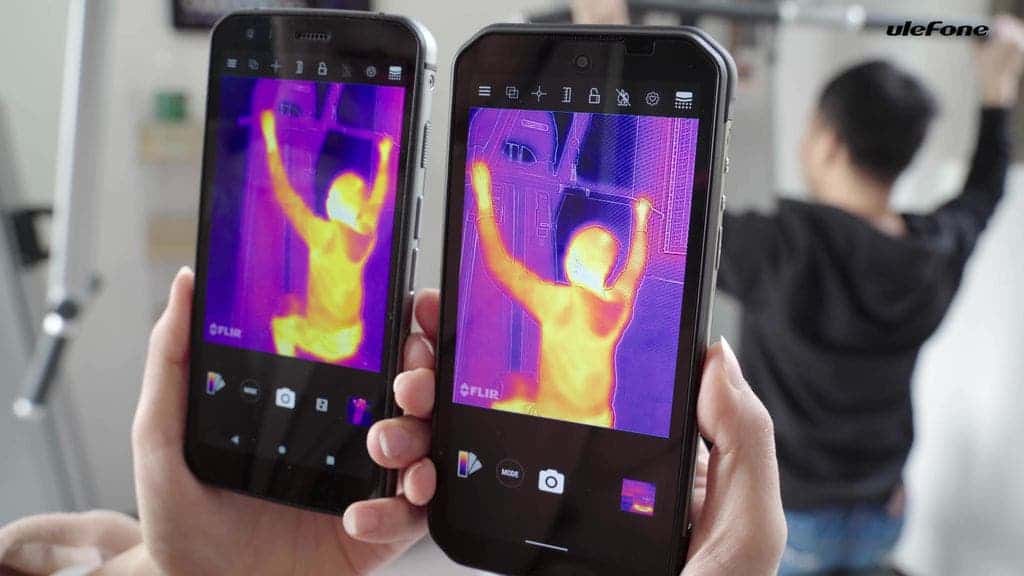 So who is better in the end ?

Both the Ulefone Armor 11T 5G and Cat S62 Pro are clearly high-performance thermal imaging rugged phones. They can survive harsh conditions whether outdoors or in industrial or construction sites, and have a state-of-the-art integrated thermal camera to help solve problem. However, the Armor 11T 5G is a better option for people who just want the best. It has the longer battery life, larger display, faster processor or better cameras. And most importantly, it supports 5G cellular networks with an extremely reasonable price tag.

So if you or your company need a fully rugged phone with thermal imaging technology, the Armor 11T 5G is the way to go. And by a happy coincidence, Ulefone is currently offering discounts on this thermal imaging rugged smartphone for just $599.99. Which saves you $50 off the standard price and is available from December 30th to Jan 12th. Don’t miss out out on it !