Qualcomm has recently unveiled its Qualcomm Snapdragon 888 Plus SoC as usual. This has been a common behavior for the chipmaker since the days of Snapdragon 855. The new Snapdragon 888+ brings two major improvements in terms of performance. The SoC’s prime core CPU gets boosted to 2.995GHz, in comparison to the 2.84GHz on the vanilla SD888. It also gets a 20 percent improvement in AI performance over the current generation. Now that the new chip is available, we expect the second-half-of-2021-batch of smartphones to come with it. According to a new teaser, the first smartphone to come with the Snapdragon 888+ will be the iQOO 8.

This may be a surprise since the iQOO 7 was just released in international markets. However, when it comes to China, the device was released in February. So, six months later, may not be too earlier for a sequel. This is becoming a standard for certain companies, and we can cite Oppo and its Reno series as an example. Even if the iQOO 8 comes in the next two months, the device will probably be a Chinese exclusive for a couple of months at the very least. 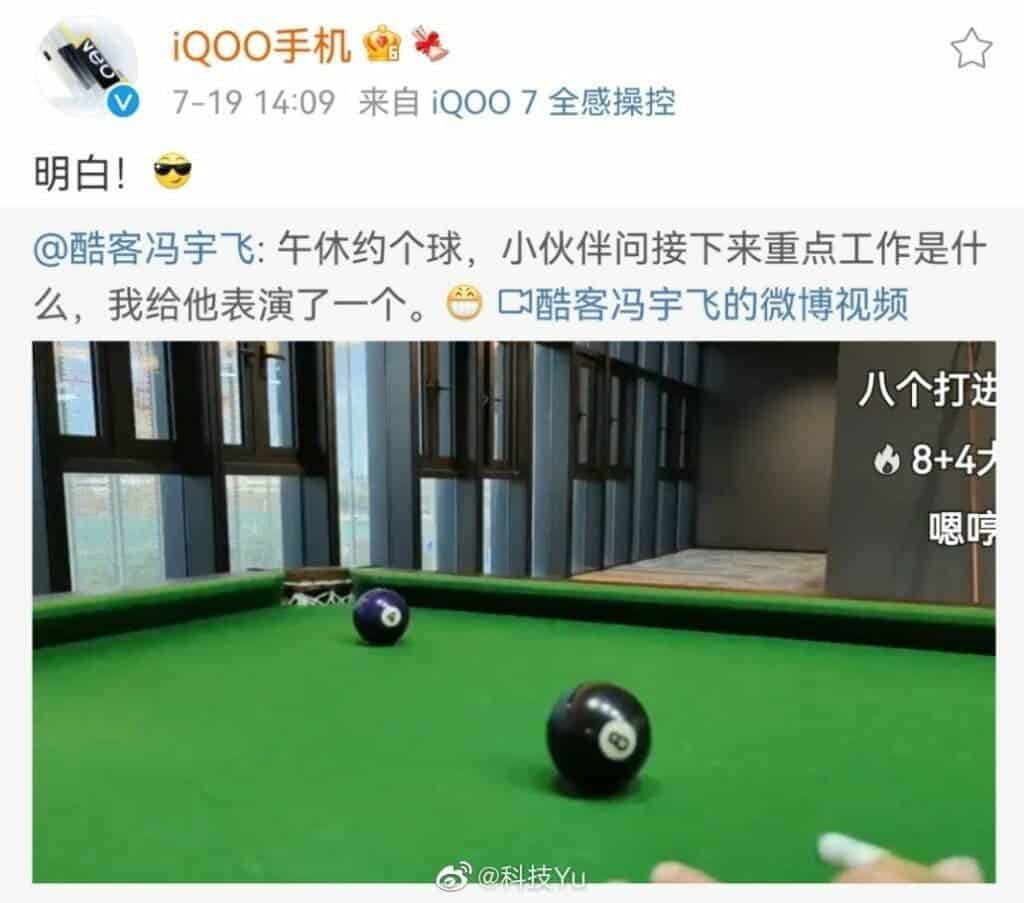 iQOO 8 will go official with Snapdragon 888+ on August 4

According to iQOO’s senior executive, the iQOO 8 will land in China as soon as August 4. The smartphone will be the very first flagship series to come with the latest Qualcomm flagship processor. Apart from the new processor, we don’t know much about the new Vivo sub-brand flagship. It may come with up t o16 GB of RAM and 512 GB of Internal Storage. After all, as a gaming smartphone, its biggest purpose is to impress users with its specifications. Other specifications may include a 120 Hz AMOLED display, or even a 144Hz refresh rate. The device may also bring back iQOO’s 120W fast-charging with a 4,000mAh battery.

One time that the flagship is going official in India next month, it should take a few months to reach other markets. The device may hit India and other markets towards the end of the year. Of course, despite the teaser, the company is yet to publish an “official” teaser confirming the smartphone’s launch date. The device will open the doors for a batch of new Snapdragon 888 Plus smartphones. However, we are yet to see how the adoption of this new variant will be like. If you recall, not many companies used the Snapdragon 865+ last year. Could the same situation happen with the Snapdragon 888+? Only time will tell.