Since Yesterday, anyone can download from Google Play or Apple AppStore, an application developed by former WhatsApp employees. The application itself resembles a messenger – in many ways, it is for individual and group chats with people, but only those that the user really knows.

The only way to find someone on the HalloApp network is to know their phone number. The chats have end-to-end encryption, and there are no ads on the social network at all.

While many teams have tried to launch social media tools for close friends repeatedly and unsuccessfully, HalloApp co-founders Neeraj Arora and Michael Donohue have some chance of success. Firstly, the fact of their work in WhatsApp before and after the purchase of the messenger by Facebook is already attracting attention, and secondly, Arora was one of the top managers of WhatsApp until 2018 and one of the key figures in discussing the deal with Facebook, and Donohue was Director of Engineering for nine years, until he left Facebook in 2019.

HalloApp is divided into four main sections – a feed with friends’ posts, group chats, individual chats and settings. Everything has a minimalist design, there are no algorithms for sorting posts or group chats. 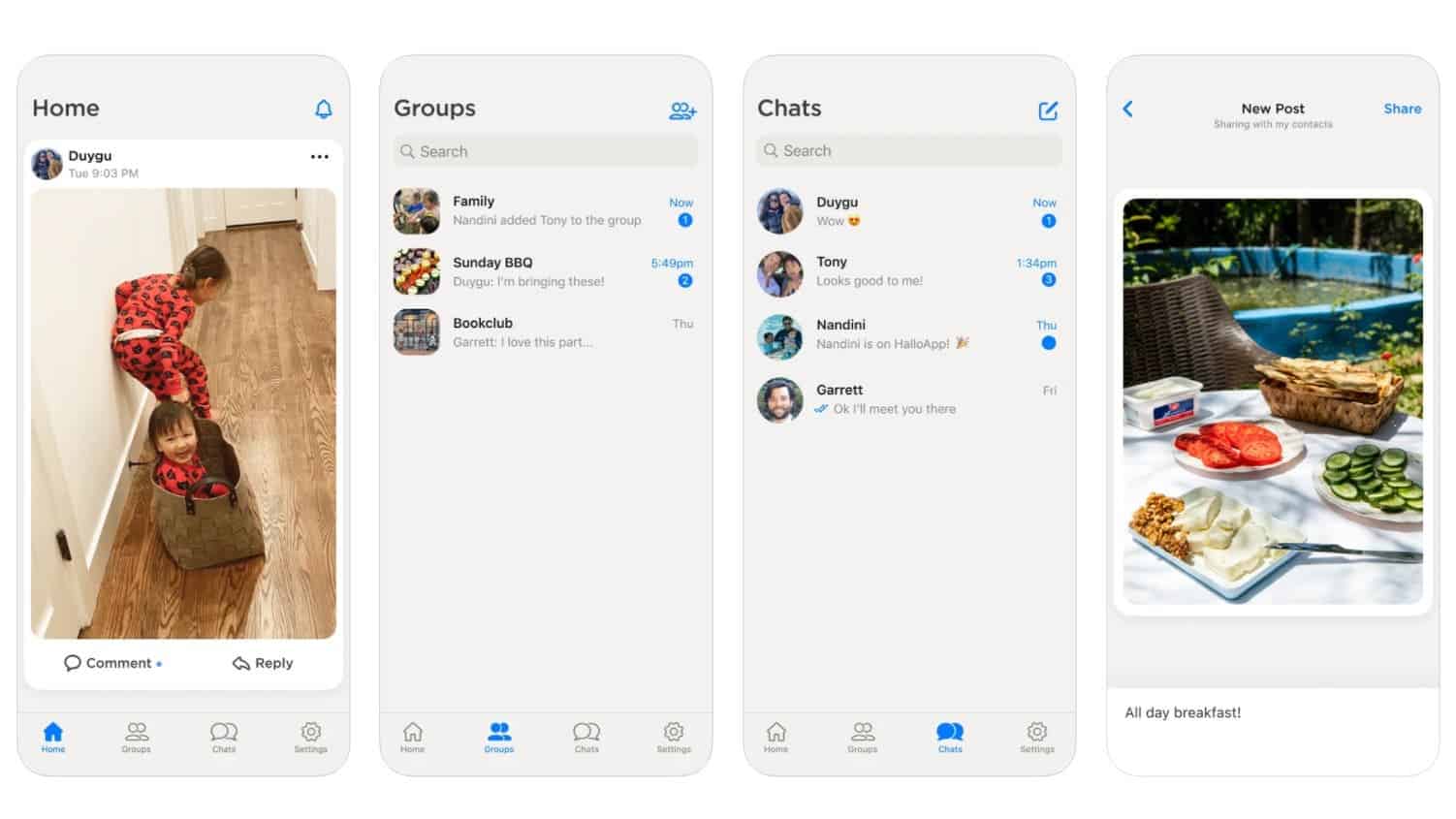 “Imagine your friends online were your real friends. Your feed is not full with people and posts you didn’t care about,”says Arora. “Imagine scrolling through meaningful moments and seeing what you wanted you to see — not what the algorithm wanted you to see. Imagine a network not treating you like a product.”

Although the post does not mention Facebook, it is no secret that at one time two co-founders of the WhatsApp messenger, Jan Koum and Brian Acton, left Facebook, disagreeing with plans to monetize the application through advertising.

Also, the founders of HalloApp intend to organize a subscription for using some HalloApp services.

“More importantly, we will never show you ads. Ever. Instead, we plan to eventually offer additional features at a small cost,” it adds.

Our vision at HalloApp is to build a simple, safe, private place for people to connect and share what matters; with the people who matter most.