We know that tomorrow Realme will release the Realme GT Master smartphone. Though this handset has many attractive features, its selling point is going to be the travel suitcase design. Prior to this, we have only seen the silver color variant of the phone. Apart from these two, there will be two others – illusion and apricot. Today, one of the Weibo bloggers revealed its white version, which looks even more eye-catching. Also, we have got some interesting information concerning its price. 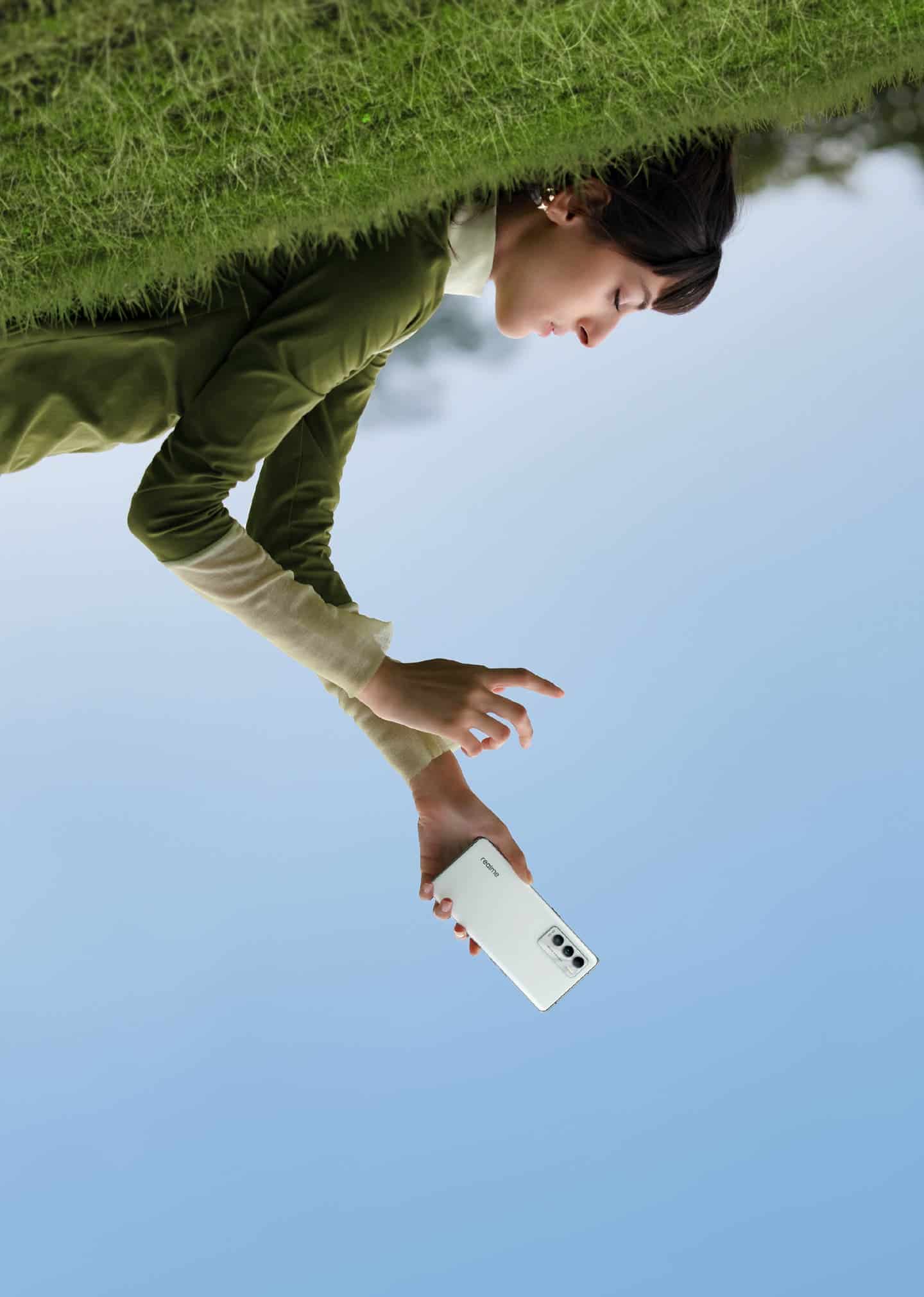 As we can see from the photo above, the white version of the Realme GT Master series does not have a 3D texture effect. Instead, it comes with a very simple white design. The camera module is still placed vertically on the left upper area. The rear three-camera module consists of a 108MP main camera, a 13MP lens, and a 2MP lens. It should come our way with Leica branding. But the main sensor, that is the IMX766, was jointly developed by Sony. It has a 1/1.56″ super outsole and is capable of providing excellent video recording performance.

As for this model specifically, Realme officially said that it may be this year’s best white mobile phone. The machine also adopts AG glass + metal middle frame technology.

The front of the Realme GT Master Edition will carry a 6.55-inch AMOLED screen with a screen resolution of 2400×1080. The display will also support a 120Hz adaptive high refresh rate.

Inside, this model hosts the Snapdragon 870 pseudo-flagship processor, which is one of the bests nowadays. The machine will have a built-in 4500mAh capacity battery, supporting a 65W fast charge.

Recently, Xu Qi, vice president of Realme, president of China, and president of global marketing answered the question “how to create a product with unbeatable quality and price for 3,000 yuan ($463)”. He said that “now, it is not difficult to see that the starting price of many smartphones is likely to be lower than 2999 yuan. Some bloggers think that the 2999 yuan price corresponds to the 6GB+128GB memory option. But they think 6GB is not sufficient. And even they can support memory expansion technology reaching 9GB, it’s not enough. So they think a 19GB memory variant (12GB memory + 7GB virtual memory) is the right memory variant for this price.”

And though the Realme executive didn’t disclose any price information about the Realme GT Master series, many guess he hinted that the top version of the phone will be priced at 2999 yuan.