Earlier today, Realme stated that the forthcoming Realme GT Master Edition will sport the Snapdragon 870 chip and a flexible curved screen. Thus, at least, these two are going to be the biggest highlights of the phone. But prior to this, we have heard too much about this handset and even managed to see its real look through spy photos. 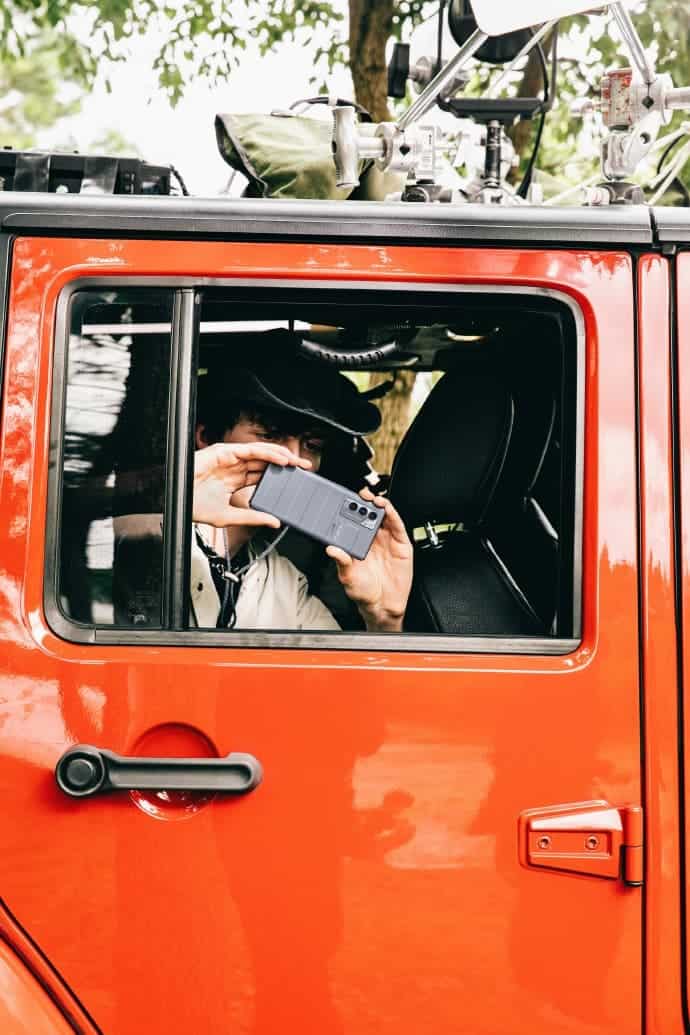 The launch date of the phone is getting closer. So we are receiving more and more news concerning this handset. Say, yesterday, when promoting this phone, the company was focusing on the design. As you should know, the Realme GT Master Edition will adopt a so-called “travel suitcase design” created by the industrial design master Naoto Fukasawa. Also, it is going to be the world’s first smartphone using a stereo 3D plain leather process. Due to it, an aluminum alloy metal frame has the same color as the body. 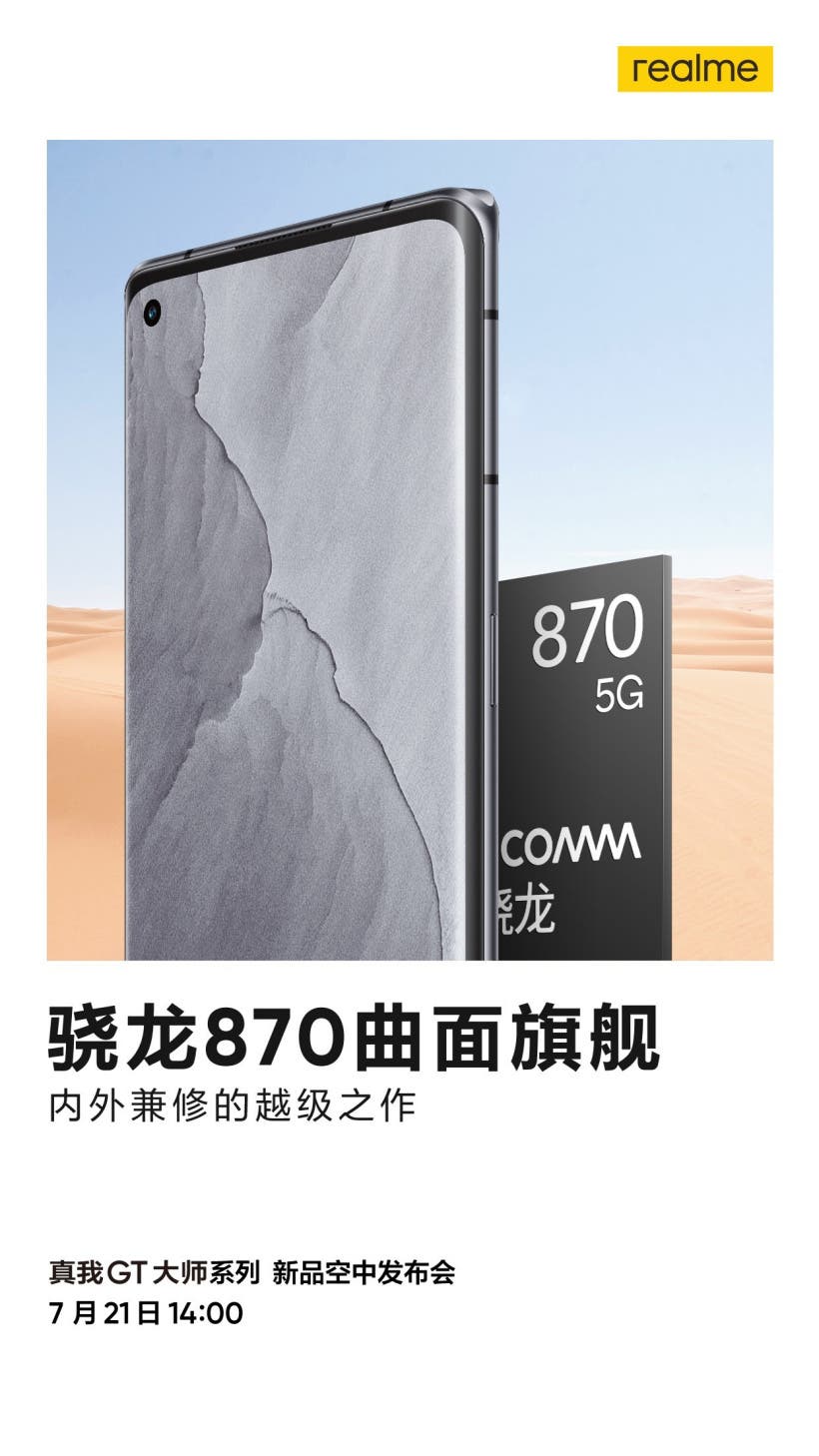 However, if the phone looks like a travel suitcase when looking at it from the back, the front has more common appearance. It uses the much-popular punch-hole design. The hole is placed in the upper left corner. The edges are curved for more comfortable holding.

Though the company only today officially confirmed that the Realme GT Master Edition will use a Snapdragon 870 pseudo-flagship chip, we knew about it before. Also, we knew that the phone will have a few storage options such as 8/256GB and 12/256GB. They will cost 399 euros and 449 euros in Europe, respectively.

Apart from this, we have heard that our protagonist will come with a 6.5-inch screen. In its turn, this display will support a 90Hz refresh rate as well as an FHD+ resolution. 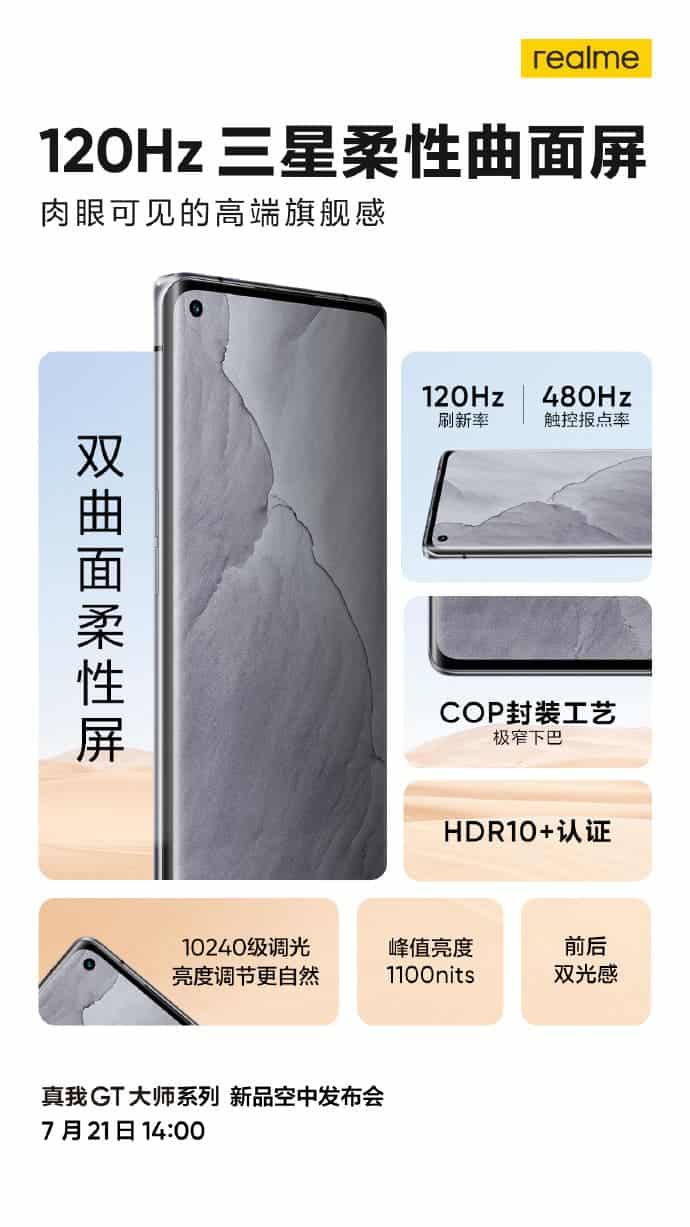 Under the hood, the phone will also host a built-in 4500mAh capacity battery, which will support 65W fast charging.

As the name implies, this is going to be the facelift of the original GT. Thus, many features will remain unchanged. In some sense, this refers to the cameras first. But if the rear camera is identical with the one on the Realme GT 5G, the front camera has a higher resolution. Thus, the main camera comes with a 64 MP + 8 MP + 2 MP sensors combination, whereas the front camera has a 32MP resolution.  And the company still continues cooperation with Kodak. The rest of the specs include a USB Type-C port and a 3.5mm headphone jack. It will weigh only 174 grams with a case thickness of 8mm.

Lastly, Realme will hold an online launch conference for the new Realme GT Master Edition series on July 21. And it seems the company will launch only this product.