The premiere of OnePlus Nord 2 is scheduled for July 22, and it is likely that the company will show the OnePlus Buds Pro on the same day. In an interview with CNET, OnePlus’ head of research and development said the wireless headphones will offer “adaptive noise cancellation” using 3 microphones to dynamically adjust the noise-canceling level as needed. In particular, the reduction can be in the range of 15 to 40 dB. 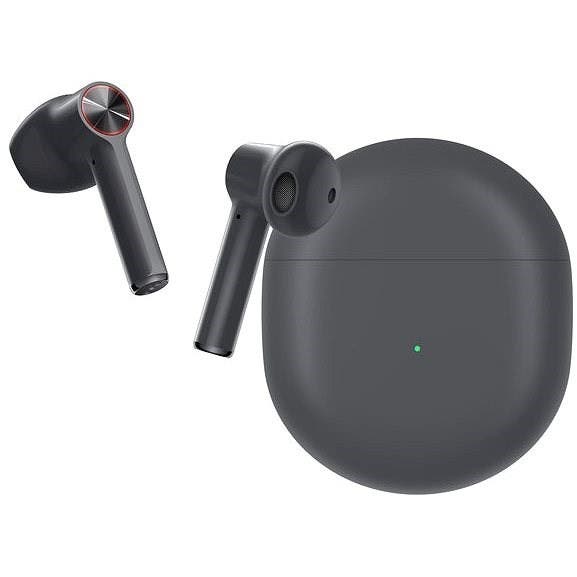 The battery life of the OnePlus Buds Pro will be 38 hours when using the charging case and with the noise switch off. It is worth turning it on and the duration of the headphones will be reduced to 28 hours. We did not forget to offer the fast charging function and 10 minutes is enough to get an additional 10 hours of work. There is also wireless charging, but its power is only 2 watts.

The OnePlus Buds Pro are expected to compete with the AirPods Pro and Samsung Galaxy Buds Pro, with a price tag of around $ 200. For now, that’s all there is to know about the new OnePlus headset. We are waiting for the next week and, perhaps, we will find out everything about the new product.

Not long ago, OnePlus announced that it was becoming part of Oppo. The companies announced that they will unite their software and hardware product teams. And soon under the OnePlus brand, most likely, the first tablet will be released.

In the database of the European regulator, information was found that the Chinese brand has registered the OnePlus Pad trademark. The application was submitted in January of this year, but the regulator approved it only on July 1. Thus, it is likely that the device has been in development for at least six months, which may mean its early launch.

The tablet market has grown steadily since last year, but Apple and Samsung are still the main players. It’s worth noting that rumors have been circulating for months that Oppo; which owns OnePlus, is gearing up to unveil its first tablet. Similar intentions were recently confirmed by Realme, also owned by BBK, which owns Oppo. It is likely that all three brands will feature very similar devices with minimal differences in design and specs. We will definitely get more leaks and rumors in the next few weeks.