There are a lot of things that we can praise in Realme. Unfortunately, the pace of major updates isn’t one. The company usually is slow in rolling out major Android updates, especially for devices out of its flagship spectrum. The company has been trying to improve things anyway. One of the moves adopted by the company was to skip a new Realme UI version. Instead of launching Android 13 with Realme UI 4.0, the company is bringing Android 13-based Realme UI 3.0. That may save some time as the company will not need to bring massive upgrades for its UI every year. Today, it’s bringing Android 13 Early Access Betas to the Realme GT Neo 3T and Realme 9i 5G users.

The company previously rolled out the beta to the Realme GT 2 and the Realme GT Neo 3. Now, two more devices are getting a chance to test Android 13. Apparently, we’re seeing an increase in pace. As per the official community post, the Realme GT Neo 3T and the Realme 9i 5G smartphone are now eligible for the new Realme UI 3.0 early access update. The users of these two phones can now enroll themselves to experience the new features of the latest software. 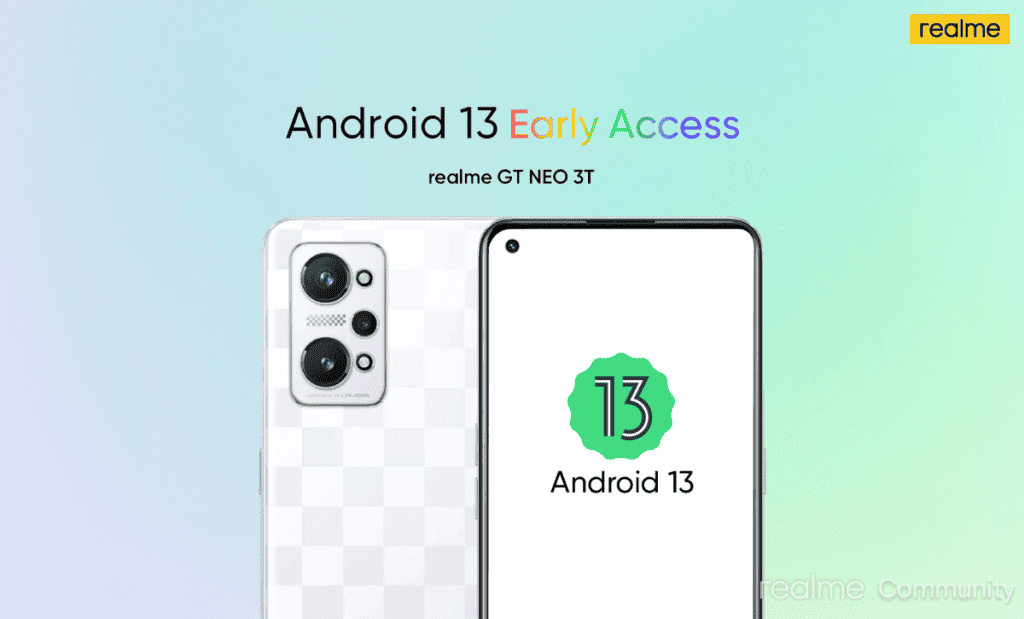 Worth noting that this is an Early Access Realme UI 3.0 build. Therefore, it may come with bugs and annoying issues. So it’s best to avoid it if the device is your daily driver. Apart from the possible issues, some functions or apps may not work properly. Unless you’re used to these things, wait for the future beta or even for stable updates.

To apply for the update, you need to head to Settings >> Software Update >> Settings icon >> Trial Version >> Apply now. You will need to submit your details and finish the quiz to install the update. Once you get your approval, the update will arrive Over the Air.  The company advises users to make backup and prevent possible data losses. Moreover, update your apps to make sure they’re compatible with Android 13. Before starting the update, make sure to have at least 60% of the battery in your device.