Vivo launched its Y53s NFC phone in Indonesia and the phone went up for pre-orders starting from July 22 packed with awe-inspiring specs. The Chinese tech company brought the Vivo Y53s into the Vietnamese market earlier this year. However, the model did not come with NFC support.

Aside from NFC support, both phones boast similar specifications, according to the company’s Indonesia website. The e-retailer listing also confirms the same information. The feature-laden Y53s NFC phone comes with a triple-camera setup at the back. The selfie camera is accommodated inside a notch placed on the front. 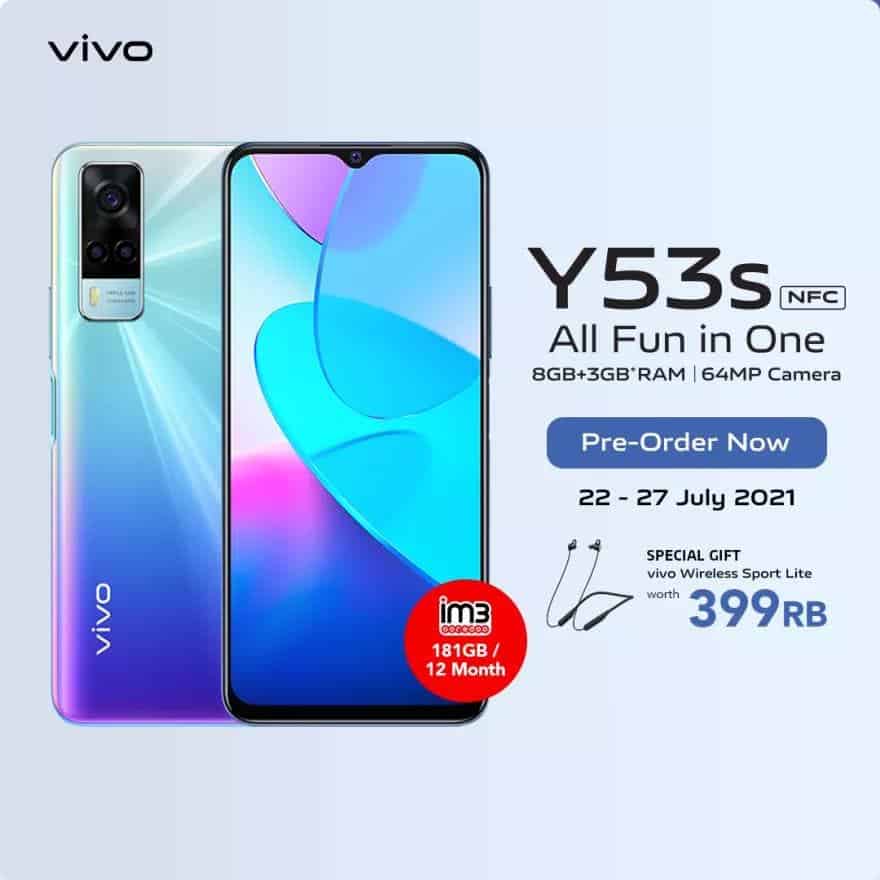 The smartphone is currently available for pre-orders till July 27 through JD.com. Furthermore, the Y53s NFC will be available in two eye-catching color options including the Fantastic Rainbow and Deep Sea Blue in Indonesia. It is still unclear whether Vivo will launch the phone in other markets.

The Y53s NFC offers a dual-SIM slot and runs Android 11 OS with FuntouchOS on top. Moreover, it sports a 6.58-inch display with full-HD+ (1,080×2,408 pixels) resolution and P3 color gamut coverage. Aside from that, it packs a MediaTek Helio G80 SoC under the hood, and ships with 8GB + (3GB extended) RAM. As mentioned earlier, it offers 128GB of storage that can be expanded up to 1TB via a microSD card.

As far as connectivity is concerned, the Y53s NFC offers a slew of options including USB Type-C port, NFC, GPS, Bluetooth v5, dual-band Wi-Fi, and 4G. In addition to that, the phone features several advantageous sensors including an e-compass, gyroscope, proximity sensor, ambient light sensor, and accelerometer.