Google recently pushed the Android 12 Beta 3 update for specific beta testers. The company also launched API 31 and SDK for developers in advance. This beta comes with a series of improvements such as user gesture detection. However, the official did not mention a more useful improvement, that is, URL sharing function optimization. 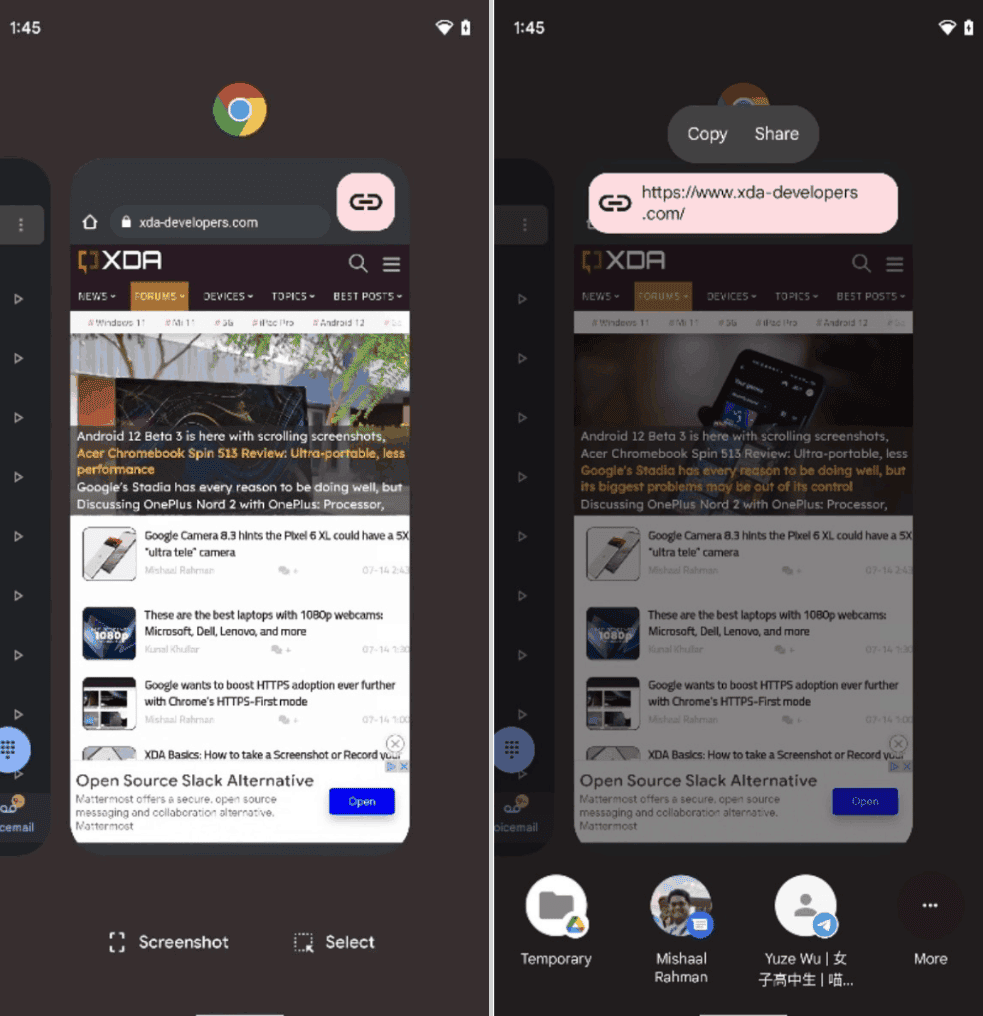 According to XDA, the latest URL sharing feature of Android 12 allow users to quickly copy the link in the App background card. For example, in the image above, the Chrome browser has a link button in the upper right corner. After clicking it, you can quickly copy the URL of the current page. In addition, after the user copies the link, sharing options (to contacts and others) will appear at the bottom of the App. This will enable the user to quickly share information with others.

According to Google’s official documentation, all apps that provide a Web UI and override the onProvideAssistContent method in the Activity class can enable the URL sharing function. In other words, when the App developer adapts, the link copy button can also be displayed in the upper right corner of the backstage card of the third-party App.

Furthermore, the Android 12 beta 3 comes with a feature that allows users to use the front camera to determine posture. It helps users to get a better experience when lying on a sofa or bed. According to Google, this feature is only available in Private Compute Core (privacy protection sandbox).

This beta 3 also adds a “Play from Below” function. After commencing the download of a game on the Play Store, users only need to wait a few seconds to enter the game interface. With the “Play from Below” feature, users enter the game interface while the game package is downloading. The download will take place in the background while users try out the game. This means that users do not have to download the full package before having a view of the game.