The long-awaited Huawei P50 series smartphones are set to come on July 29th. But this is going to be not the only product line the Chinese tech giant will unleash at the event. Today, the company’s official Weibo channel issued a statement informing that the first mini LED Huawei Smart Screen V75 Super model will be uncovered as well. Not surprisingly, this large-screen product will run the company’s self-developed system dubbed HarmonyOS.

A Larger Screen Model Is Coming As Well

Later today, the same source published another promo poster, showing that apart from the mentioned TV, we will also see the Huawei Smart Screen V98 model as well. 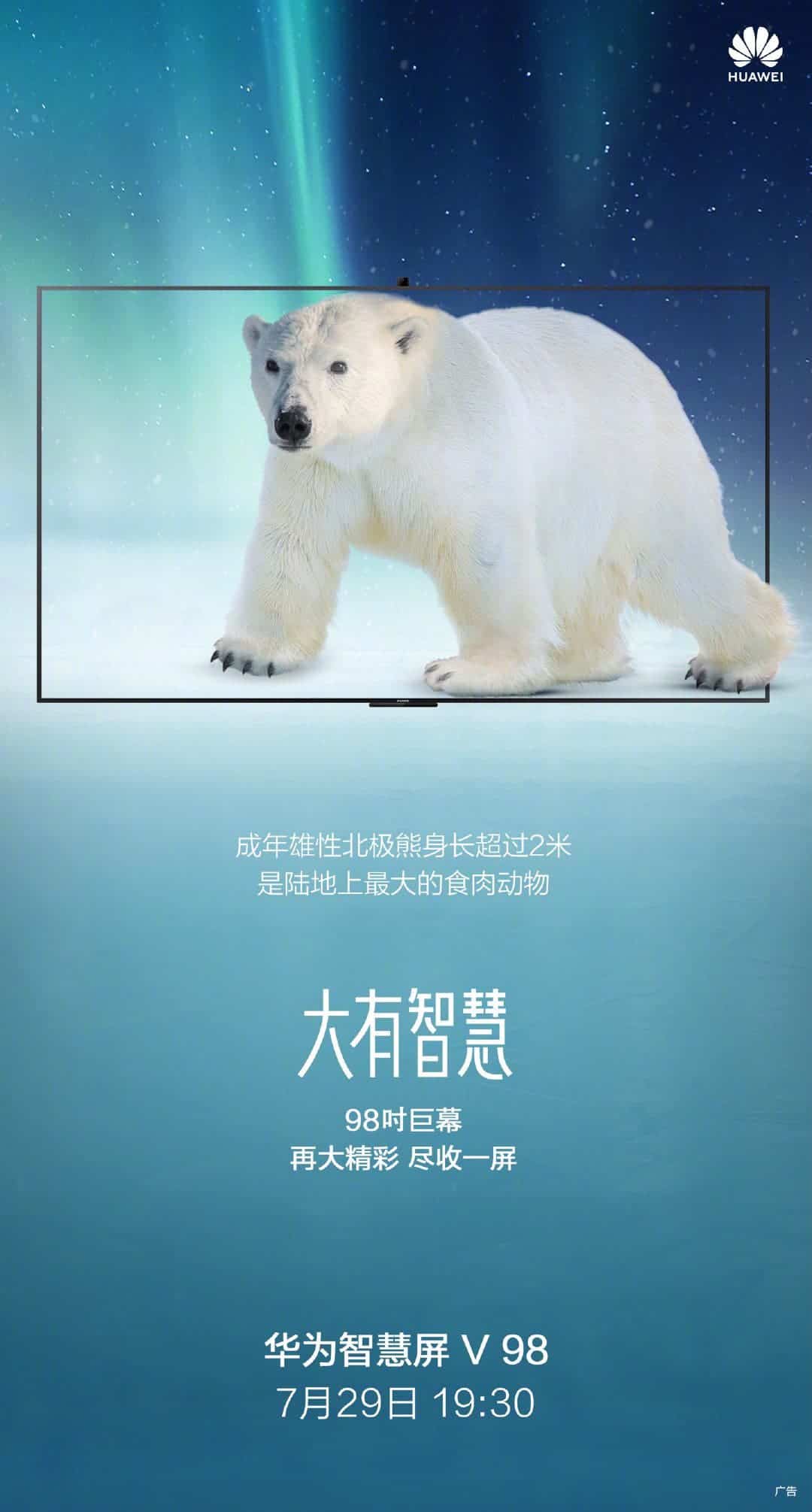 Recently, a Weibo tipster said that Huawei will release a new 98-inch super-large TV, named Huawei Smart Screen V98. In addition, he expects the TV will cost around 39,999 yuan ($6169). Thus, it’s way more expensive than the V85 model on the market.

Moreover, prior to this, we learned that a Huawei LCD TV model HD98SOKA had passed the national 3C quality certification. The model number is identical to other V series models (for example, V85 is HD85THAA). So we have every reason to think this is the aforementioned 98-inch model.

The TV will sports a display from Hefei BOE Video Technology Co., Ltd. and has a maximum power of 600W.

Well, getting back to the Huawei Smart Screen V75 Super model, we know that it will use 46,080 SuperMini LEDs to support fine light control. In terms of sound quality, our protagonist has a 20-unit Devialet cinema sound field. 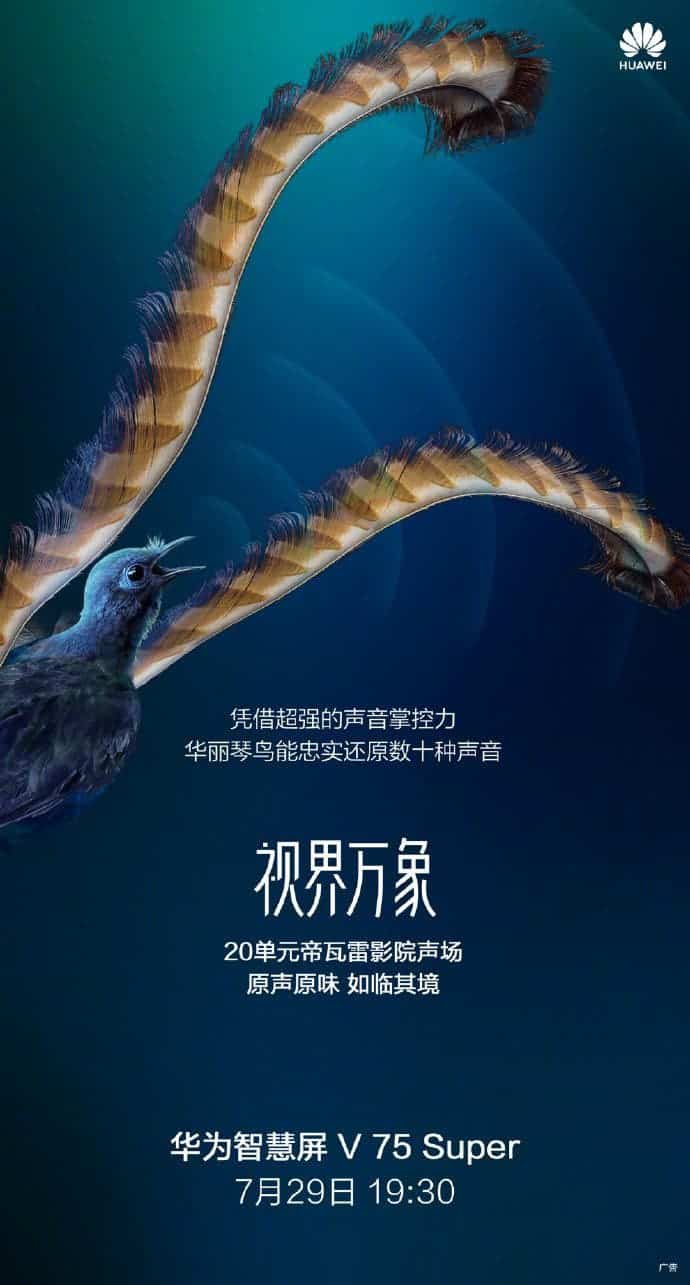 This is the first year of mini LED commercialization. Many top consumer electronics brands have launched or will launch products using mini LED technology. For example, Apple’s new iPad Pro adopts a liquid crystal (LCD) display with mini LED backlight for the first time. In the second half of 2021, it is expected to launch a MacBook series with mini LED backlight. Mini LED refers to an LED chip with a size of 100μm. The size is between the small-pitch LED and the micro LED. It is the product of further refinement of the small-pitch LED. After the mini LED is spread out in a large area, sufficient and fine light source projection can be obtained anywhere on the display panel. This will let the display device have higher brightness, wider color gamut and higher contrast display effect. At the same time, mini LED also has the advantages of high-speed response, low power consumption and long life. It is a major direction of the development of the display industry.