In late spring, Nubia launched an interesting smartphones namely the Z30 Pro. But at the launch event, we also saw a customized version of this handset. Today, the manufacturer announced the Nubia Z30 Pro Black Gold Legend Limited Edition that costs 5,999 yuan ($925) will be available for purchase on July 28. As for now, it is available for pre-order. 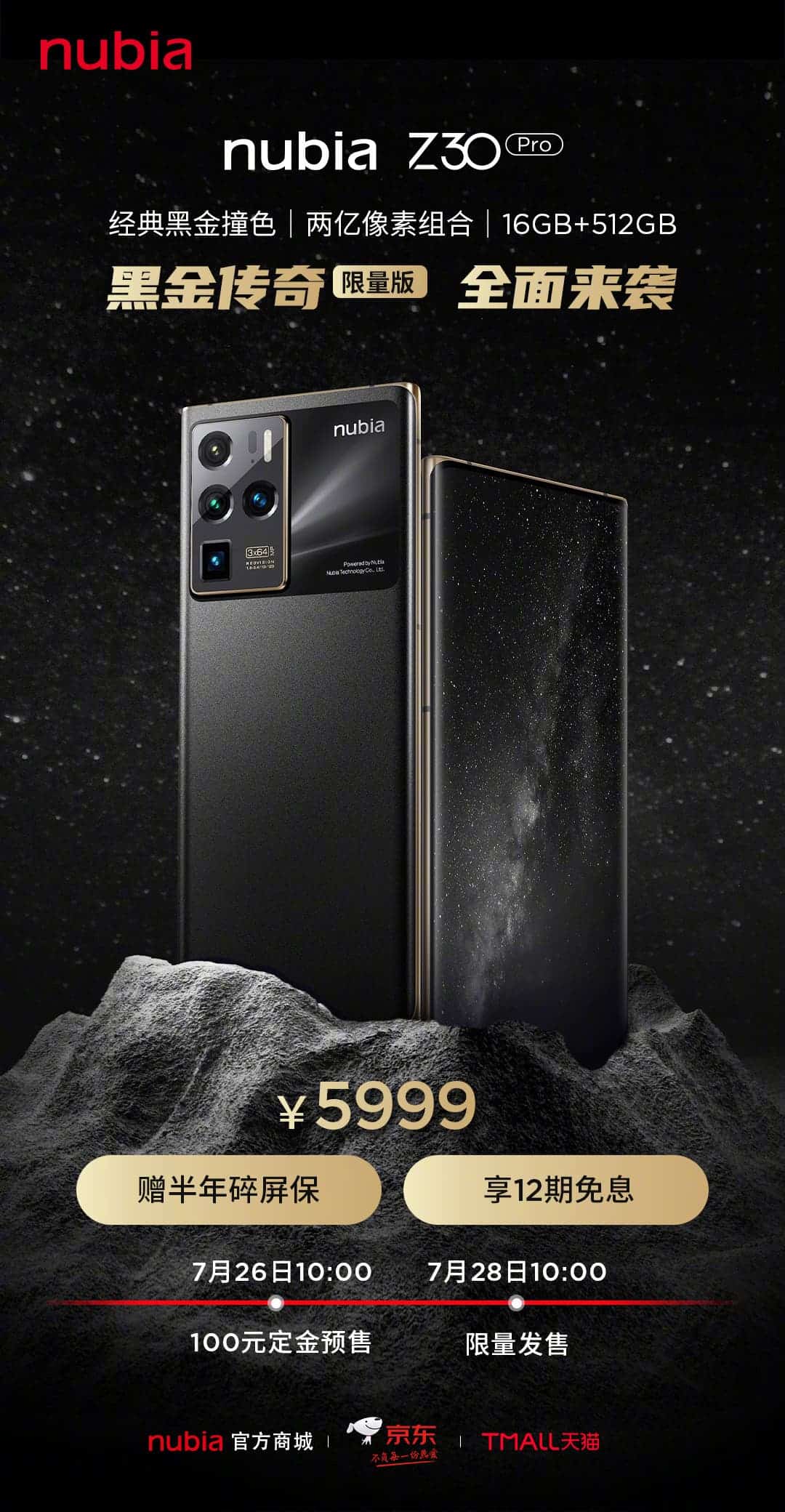 The back cover of the Nubia Z30 Pro Black Gold Legend Limited Edition has a stardust black color. At the same time, the frame and lens have gold lines. Also, our protagonist comes with a 16GB + 512GB large memory combination. Another thing it can boast of is the astronomical imaging system with a 200MP lenses resolution in total:

Design Is The Biggest Highlight 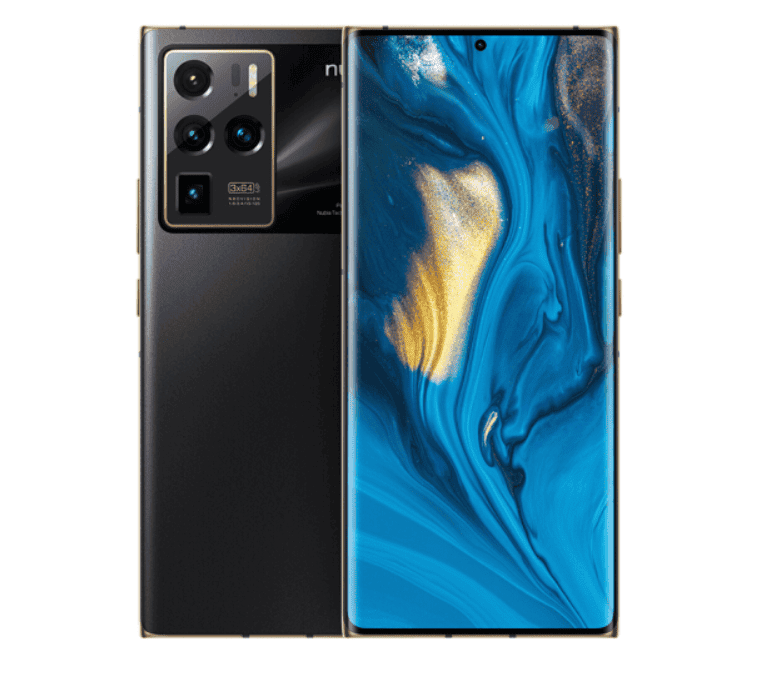 Under the hood, the phone has a trinity of Qualcomm Snapdragon 888 + LPDDR5 + UFS 3.1. Also, it adopts a multi-dimensional (three-dimensional) heat dissipation system, five-layer graphite sheet and VC liquid-cooled soaking plate. This phone supports WiFi 6E enhanced version. The 4200mAh battery supports 120W super-fast charging and comes standard with a 120W gallium nitride charger. Due to this technology, it can fully charge to 100% in 15 minutes. 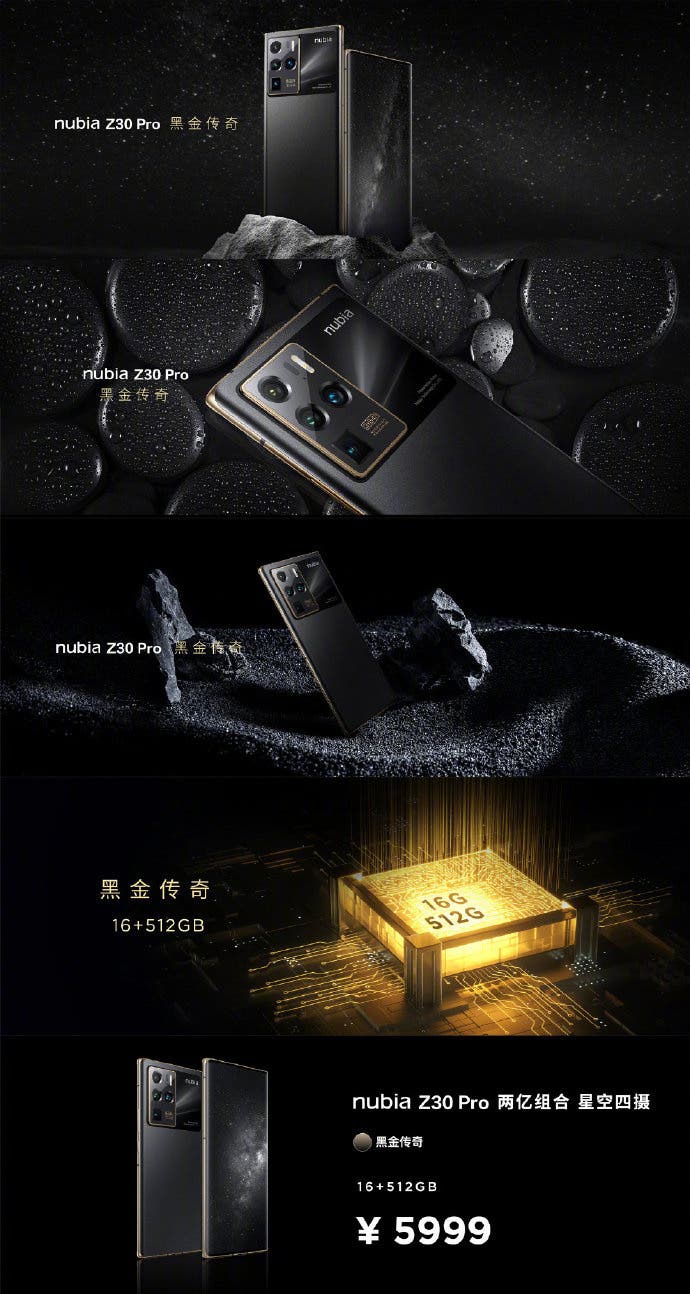 Next Oppo has admitted the imperfection of the 125W fast charging