Chinese manufacturing giant, Huawei, is battling for its survival in the smartphone market. For well-known reasons, Huawei can not compete free and fair in the smartphone market. The U.S. ban stops the company from purchasing components from American companies. In fact, Huawei can not do business with any company that uses American technology. According to Huawei, it is not releasing smartphones to compete in the market. The Chinese manufacturer says that it is releasing smartphones to survive. To this end, in a low-key event, the company unveiled the Huawei nova 8 SE Vitality Edition. 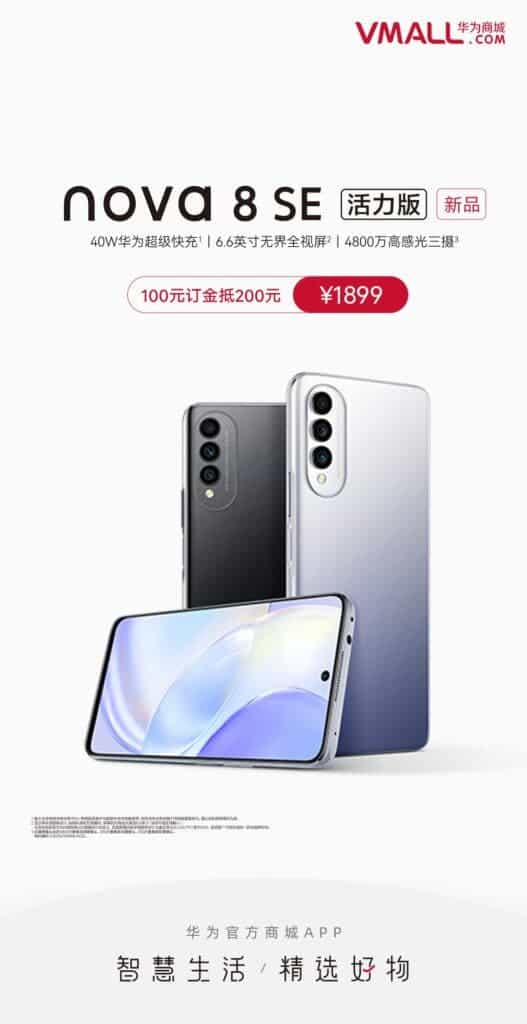 The design of this smartphone is not entirely new to the Chinese manufacturer. The overall design of the Huawei nova 8 SE Vitality Edition is actually a replica of the Honor X20 SE. However, the configurations between these devices are slightly different, especially the processor. 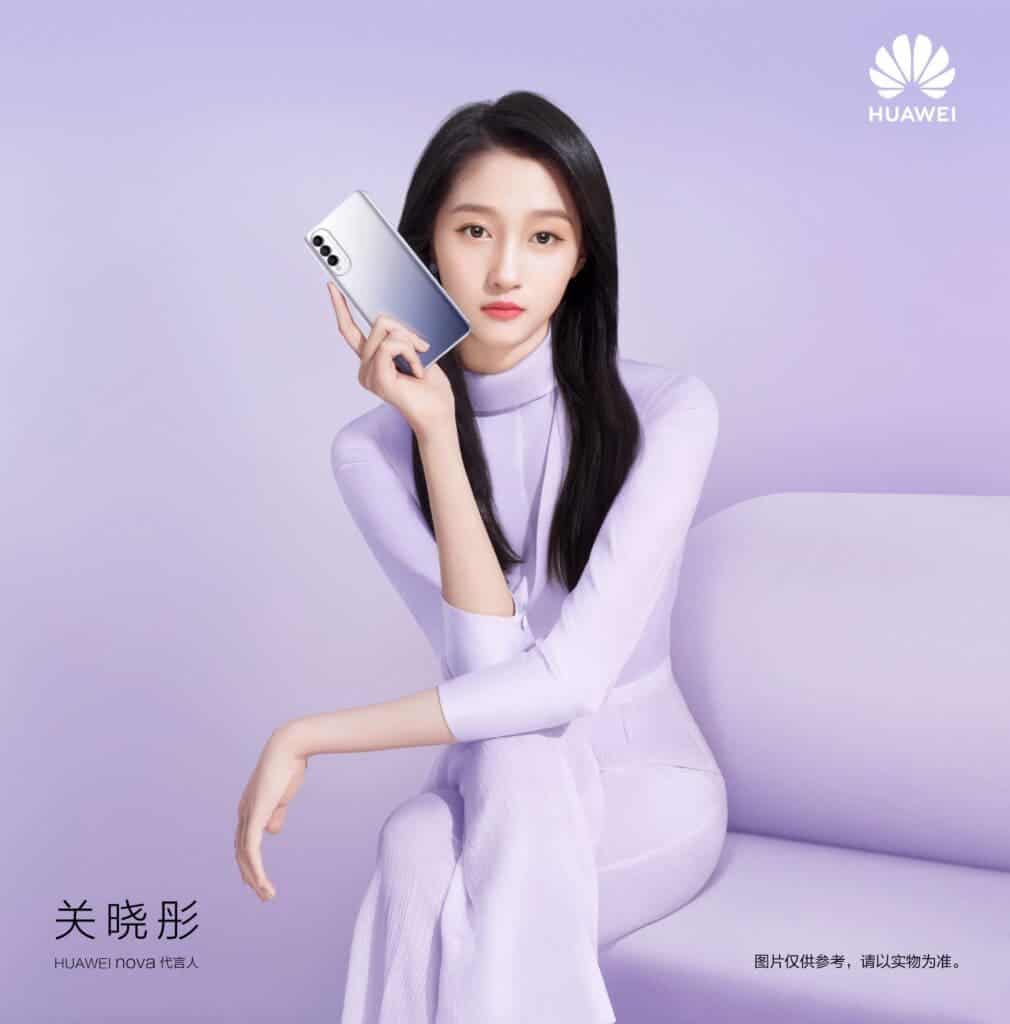 The Huawei nova 8 SE Vitality Edition comes with a center punch-hole camera design. This design gives the smartphone a “full-screen” appearance with a screen-to-body ratio of 94%. The nova 8 SE Vitality Edition comes with a 6.6-inch LCD screen with a 2400 × 1080 resolution. The rear of this device uses a 3D curved surface process with a matte effect similar to the AG process. This smartphone is available in two colour options which are frosty silver and magic night black colours. The thickness of this smartphone is 8.4 mm while the weight is 179 g. 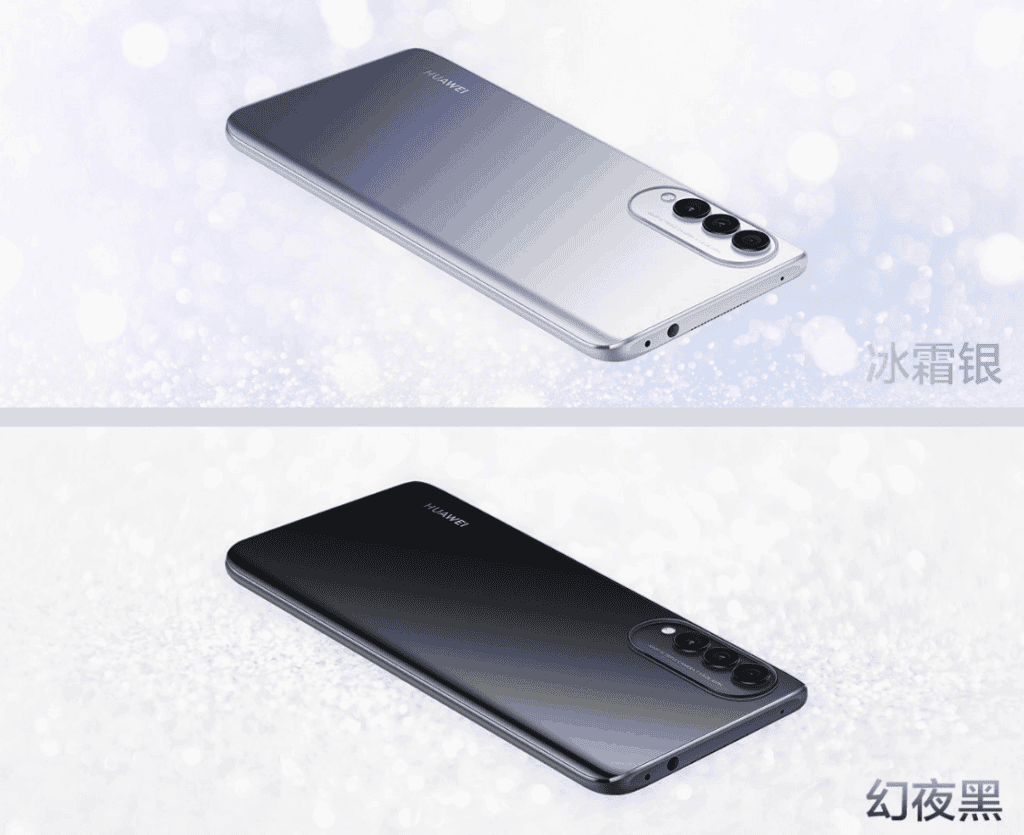 Under the hood, this device comes with a Kirin 710A processor which uses SMIC 14nm process. Recall that the Honor X20 SE is a Dimensity 700 processor. The Kirin 710A comes with a quad-core A73 2.0GHz, quad-core A53 1.7GHz CPU, Mali-G51 MP4 1GHz GPU, and an integrated LTE Cat.12 4G baseband. This chip also supports dual card dual standby.

In the camera department, this device comes with a triple rear camera setup. It uses a 48MP main camera as well as a 2MP macro lens (F2.4), and a 2MP depth-of-field lens (F2.4). It supports 1080p video recording, and the front selfie shooter is 16MP. 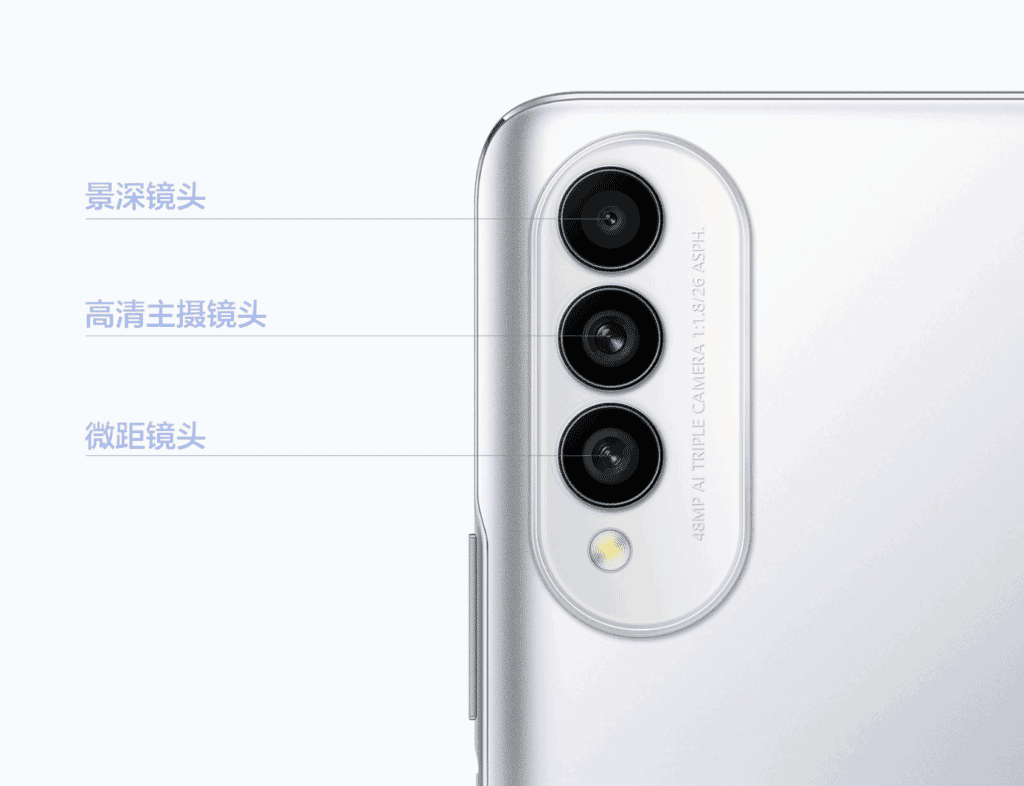 The battery capacity is 4000 mAh and it supports 10V/4A 40W super fast charge. This device also supports side fingerprint recognition, USB Type-C interface, 3.5mm headphone jack, Wi-Fi 5, Beidou, and other navigation systems. It is worth mentioning that this device comes with EMUI 10.1 on top of Android 10. However, it is not upgradable to EMUI 11. This suggests that this smartphone will probably move from EMUI 10.1 to HarmonyOS.

Huawei nova 8 SE Vitality Edition is now available for pre-sale. The price of the 8GB + 128GB version of this device is 1899 yuan ($292). There will be a 200 yuan ($31) discount for those who participate in the pre-sale. This device is currently available on Huawei Mall as well as JingDong Mall. Shipments will start before August 22.

Next Official: There will be no Samsung Galaxy Note series this year