Intel took a hit last year when it lost Apple’s business. The company is also facing strong competition from AMD and while it provides chips that are on par with competition its lags behind in terms of certain technologies. Even so, the company has been securing important partnerships. Yesterday, Intel firmed a partnership with Qualcomm to produce chips with angstrom architecture by 2024. Meanwhile, it is updating its lineup of processors for servers. Intel officially launched this Thursday (29), its new processors for workstations and servers under the Intel Xeon W-3300 Ice Lake series.

The new hardware is based on the 10-nanometer lithograph and Sunny Cove architecture, integrating the 3rd generation of the Xeon family made official in early April. With five new models, the manufacturer will expand support for the LGA 4189 socket, but it will still not be compatible with DDR5 RAM modules. 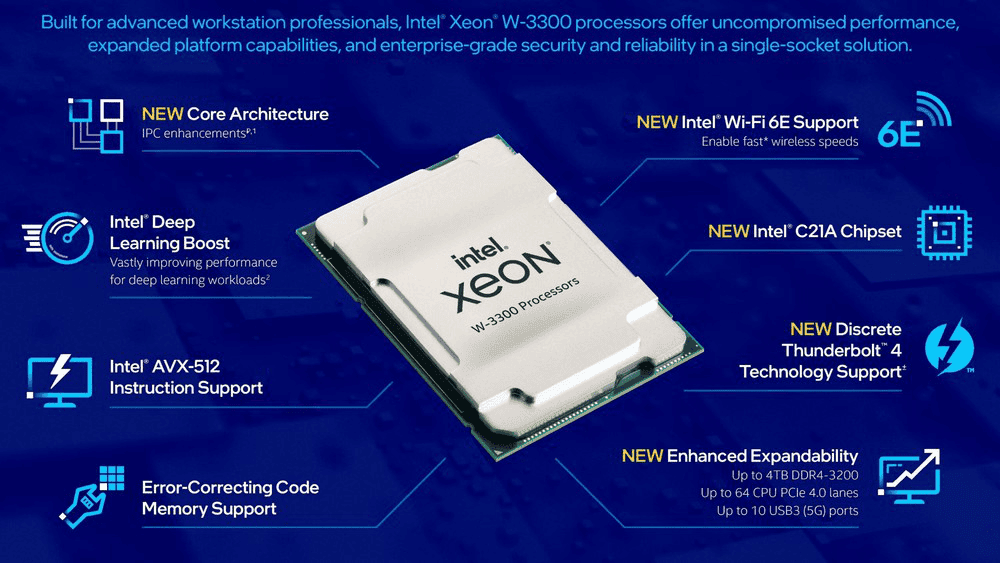 Entry SKUs are represented by the W-3335 and W-3323 — the former has 16 cores and 24MB of L3 cache; the second features 12 cores and 21MB of L3 cache. With the new architecture, the blue team cites promises of 45% more speed in operations with Cinema 4D and 20% gains in edits with Adobe Premiere Pro.

All processors support up to 4TB of 3200 MHz DDR4 memory on 8 channels, 64 lanes of PCI Express 4.0. They also come with Intel Wi-Fi 6E and SSDs with Intel Optane memory. Despite these features, the numbers are accurate in denoting that these processors are priced high. The worst part is that they deliver lower performance than rival series.

The new Intel Xeon CPUs fall shortly behind AMD’s offerings. They are inferior in terms of price and performance, according to benchmarks published by Puget Systems. For instance, the top-of-the-line AMD Threadripper 3975WX (32 cores) easily outperforms the Xeon W-3375 (38 cores). Naturally, the 64-core Threadripper 3995WX leads the benchmarks. 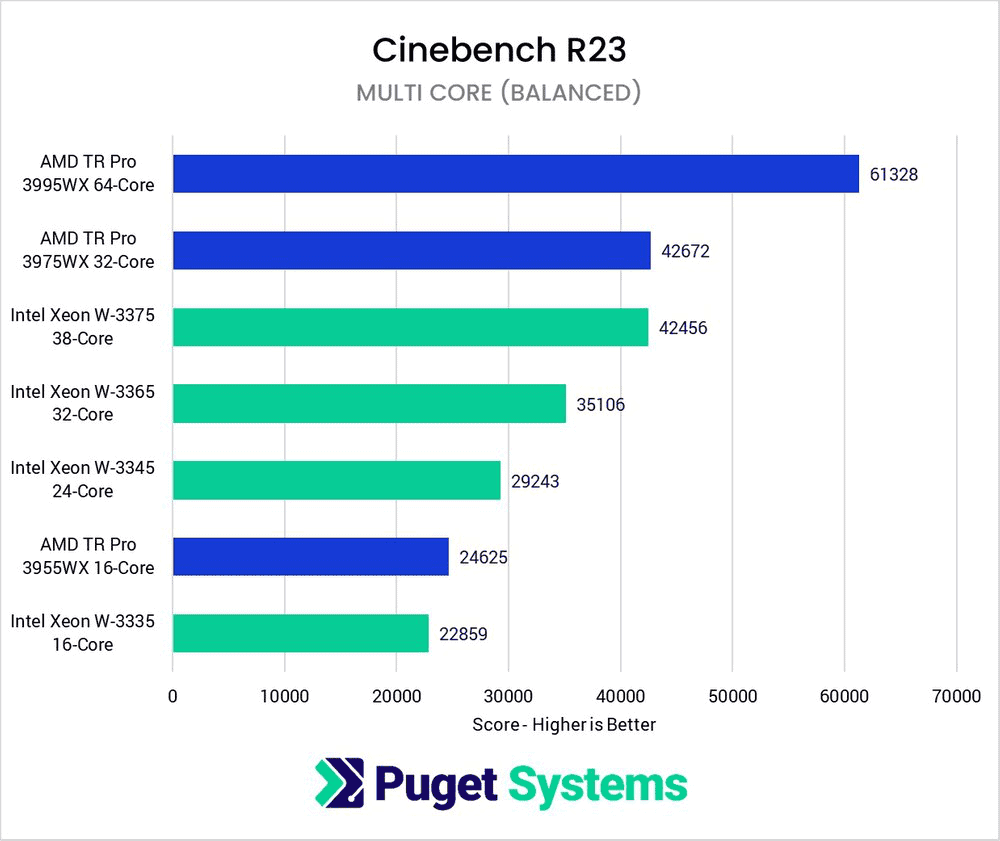 AMD Threadripper Pro CPUs, dedicated to servers and workstations with the manufacturer’s most advanced architecture, went to retail in March of this year. This was months after its official announcement and availability in pre-assembled machines. However, that’s how things are now amidst the crisis in the segment.

We’ll wait and see how the new Intel Xeon CPUs will perform in this super-competitive market.

Next Apple rolls out new watchOS 7.6.1 update with security fixes