Apple released this Thursday (29) a new firmware update for the Apple Watch, the manufacturer’s popular smartwatch. The new firmware has been updated to watchOS 7.6.1 version. Unfortunately, it does not bring any new features for users but comes with important fixes security, and general improvements, including fixing user-reported bugs. Interestingly, version 7.6 of the update was rolled out recently by the company. It brought new features and ECG functionality to many regions. 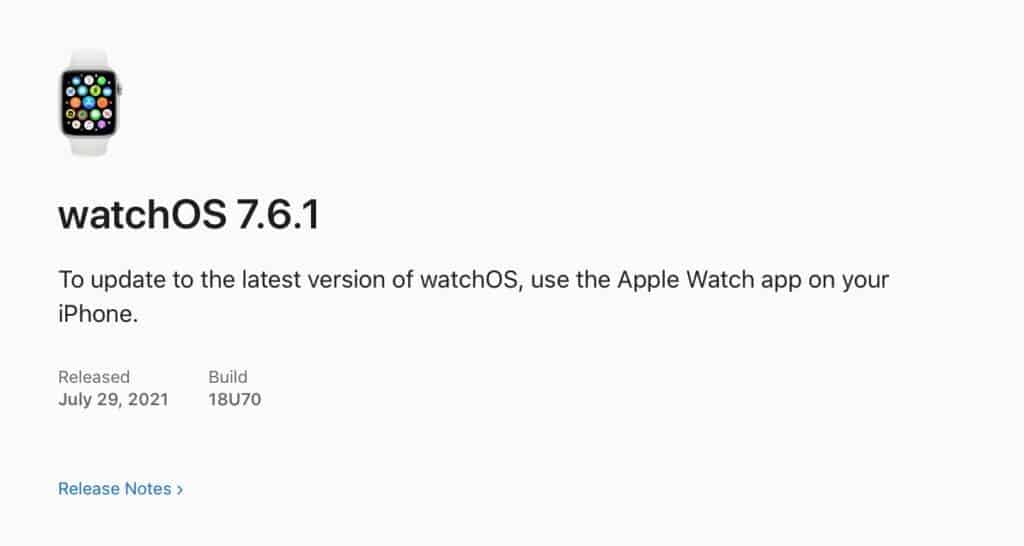 The Cupertino Giant advises everyone to update to the latest version. After all, it brings important fixes for some vulnerabilities in the firmware. The list of new goodies includes the memory-related issue that could be exploited by third parties. As usual, the update is free and is now officially available for everyone. Apple recommends users to have at least 50% of battery and place the smartwatch in the charger during the installation process. Check the how-to, below.

While the company brings important updates to make watchOS 7 stable, it is also working on the next big thing in the form of watchOS 8. The company started the watchOS 8 beta testing program last June 30 with beta 2. Through beta 2, Apple has brought out the new “Portraits” display, which is one of the many features available in the upcoming operating system. Then, the company rolled out beta 3, which fixed the bugs and enhanced the overall experience.

Among the notable new features, watchOS includes new built-in applications. These apps take advantage of the always-on screen used from the Apple Watch Series 5 onwards. There is also a new way for programmers to access the always-on display. Most recently the company rolled out the fourth beta which enhances the watchOS 8 experience.

Here are some of the main features coming with watchOS 8.

Next Smartphone for Snapdragon insiders now available for pre-order