Earlier this month, Qualcomm surprised everyone with the announcement of its very first smartphone. Well, it was not a big surprise for those who have been following rumors about a smartphone made in partnership with Asus. The device arrived in the form of a Smartphone for Snapdragon Insiders. That sure is a mouthful and not very marketing-appealing smartphone name. The ASUS-made device was announced with a promise that of reaching the market in August. Now, ahead of that release date, interested buyers are able to pre-order the smartphone. It’s not the cheapest smartphone out there, but the specifications are truly appealing.

The new Smartphone for Snapdragon Insiders can be pre-order straight from the ASUS website in the United States. Apparently, ASUS will also take care of this part of the whole business. The smartphone shipments will start on August 27 which is basically a month away. Worth noting that pre-orders are not live yet in the United Kingdom, Europe, and India.

The new smartphone shares some semblances with the ROG smartphone series. Of course, there are some changes related to the design. In terms of similarities, the device has a 6.78-inch AMOLED display with a Full HD+ resolution (2,400 x 1,080 pixels) and a whopping 144 Hz refresh rate. The display is quite bright with impressive 1200 nits of brightness. Worth noting that the panel does not come with a punch-hole or waterdrop notch. It has a very slim bezel that houses a 24 MP selfie camera and other sensors.

Under the hood, the smartphone packs the Qualcomm Snapdragon 888 SoC. It comes alongside 16 GB of RAM and 512 GB of Internal Storage. The device comes with a 64 MP main camera on the back and sits alongside a 12 MP ultrawide angle camera. This camera also doubles as a macro snapper. The third and final sensor is an 8 MP telephoto camera with 3x optical zoom. 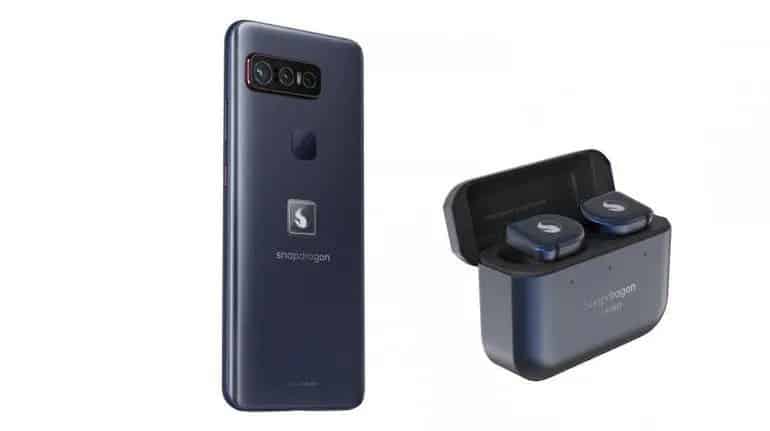 There is also a fingerprint scanner on the back as well as a Snapdragon logo with a LED flash underneath. The smartphone for Snapdragon Insiders has also stereo speakers and a smart amplifier feature. It’s the first smartphone to feature Snapdragon Sound technology.

The battery capacity is not impressive with 4,000 mAh. However, the handset comes with a very satisfactory 65W fast-charging technology. Unfortunately, the Quick Charge 5 adapter with 65 W output will only be available in the US and Europe. Indian customers will have a 30W adapter instead. Worth noting that the new smartphones come bundled with a pair of premium TWS earbuds, two charging cables, and a case.

Qualcomm is promising four years of updates. However, it not specifies the number of Android updates that really means.