Yesterday Huawei unveiled a new generation of the P-series flagships. If earlier it produced three top-end devices within the series, then this year – two. The lack of components affects and the new family has only two models: Huawei P50 and Huawei P50 Pro.

As before, the main focus is on the capabilities of the cameras and the P-series is a testing ground for new developments. Excellence in photo capabilities is the main motto of this line and the Huawei P50 Pro is another confirmation of this. This smartphone managed to ascend to the top of mobile photography rankings and once again show everyone what Huawei can do with cameras. 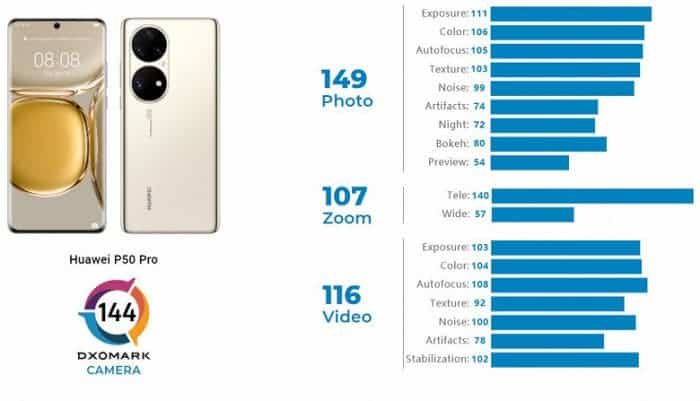 Immediately after the announcement of the Huawei P50 Pro, the guys from DxOMark were ready to provide their verdict. Both the main camera and the front camera were given the first lines in the rating of the best camera phones from DxO. The rear camera got an average score of 144, which is one point more than the previous leader Xiaomi Mi 11 Ultra.

DxOMark called the Huawei P50 Pro the smartphone with the best wide-angle sensor and is especially good at taking zoomed-in shots. Among the strengths of the main camera, experts noted a natural and accurate white balance, low noise, good detail and exposure, effective stabilization, and a wide dynamic range.

There were some drawbacks, and most of them are associated with video filming. So, sometimes autofocus failures, inaccurate exposure and noise on textures occur when shooting video in poor ambient lighting conditions, as well as indoors. 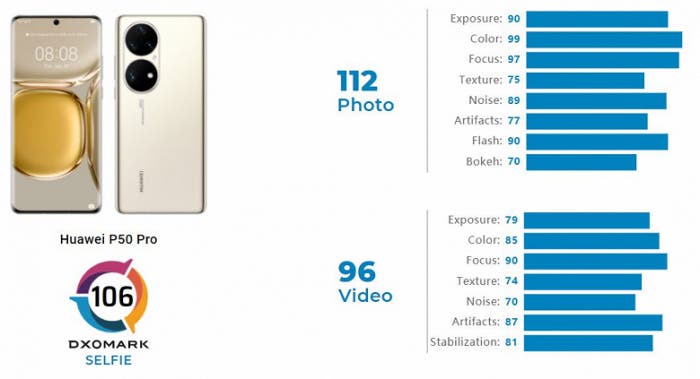 A portion of praise went to the front camera of the Huawei P50 Pro. Experts were pleased with the detail when taking pictures during the day, wide dynamic range, stabilization; when shooting video and accurate white balance. All the flaws of the camera are revealed in light deficiency; when inaccurate rendering of skin tones appears, autofocus failures occur and a limited dynamic range is noticeable.

Previous OnePlus brags about success in the smartphone market