Last year, along with the iPhone 12 line, Apple released a MagSafe charger with magnets that allow you to attach the charger to the back of your smartphone. It was only a matter of time before other manufacturers would come up with a similar solution. The first to launch a similar solution is Realme, which will present a line of magnetic wireless chargers MagDart.

Tomorrow the company will announce MagDart, and may also present the first smartphone with its support – Realme Flash. On the eve of the release, a video was posted on the network showing the process of charging a smartphone using MagDart. Just 3 minutes is enough to charge Realme Flash from 18% to 25%. Presumably, it will take less than an hour to fully charge the smartphone from 0 to 100% if the battery capacity is about 4400 mAh. 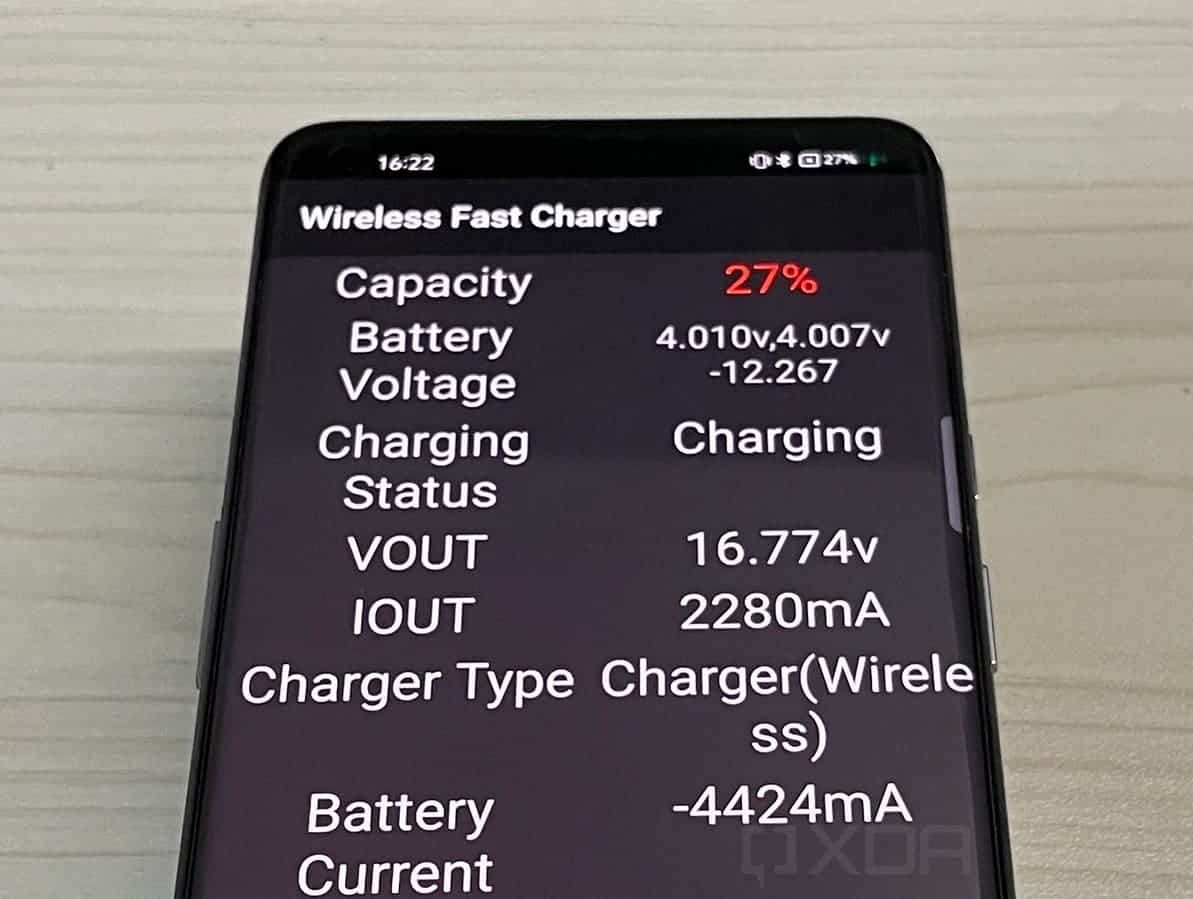 A separate image showing the charging conditions further reveals that the battery current is 4.4A and the voltage is around 4V. Since the phone likely has a dual-cell battery, this means that the charger delivers about 35W power to the phone. The charger’s actual output voltage is 10V, with 2V being lost to the internal wired connection to each cell. This means that the charger itself outputs 50W of power. That’s quite impressive for a wireless charger.

Realme MagDart magnetic charging is suitable not only for smartphones, but also for laptops, tablets and other devices

We recently reported that Realme is preparing to release an Apple MagSafe style Flash smartphone with magnetic charging. We know that support for the new type of charging will not only support smartphones. Authoritative Indian insider Mukul Sharma said that MagDart charging will be supported by a wide range of the company’s devices.

Earlier today, Realme announced that it will host an event dedicated to “magnetic innovation” on August 3rd. The company will provide more details on MagDart. It is already known that the charging of the new type will be supported by the company’s smartphones, but Sharma said that it will also be compatible with the brand’s new laptops, tablets, smartwatches and TWS headphones.

Recall that MagDart first became known some time ago from an application for registration of a trademark. Then the first renderings of the charger appeared on the Web; and in the near future Realme Flash, the world’s first Android smartphone with support for magnetic wireless charging, will be announced.