LetsgoDigital showed a VIVO smartphone patent design that attracted much attention. In fact, VIVO often launches some innovative smartphones. For example, the recently released VIVO S10 uses a photochromic backplane, which only takes three seconds under direct sunlight to change color. We mean it’s a common move by VIVO.

At the beginning of this year, the VIVO company submitted a patent for “camera module, electronic equipment and camera module control method” to the World Intellectual Property Office (WIPO). This 23-page document was released on July 29, 2021. It describes a VIVO smartphone with an ultra-telephoto pop-up camera. 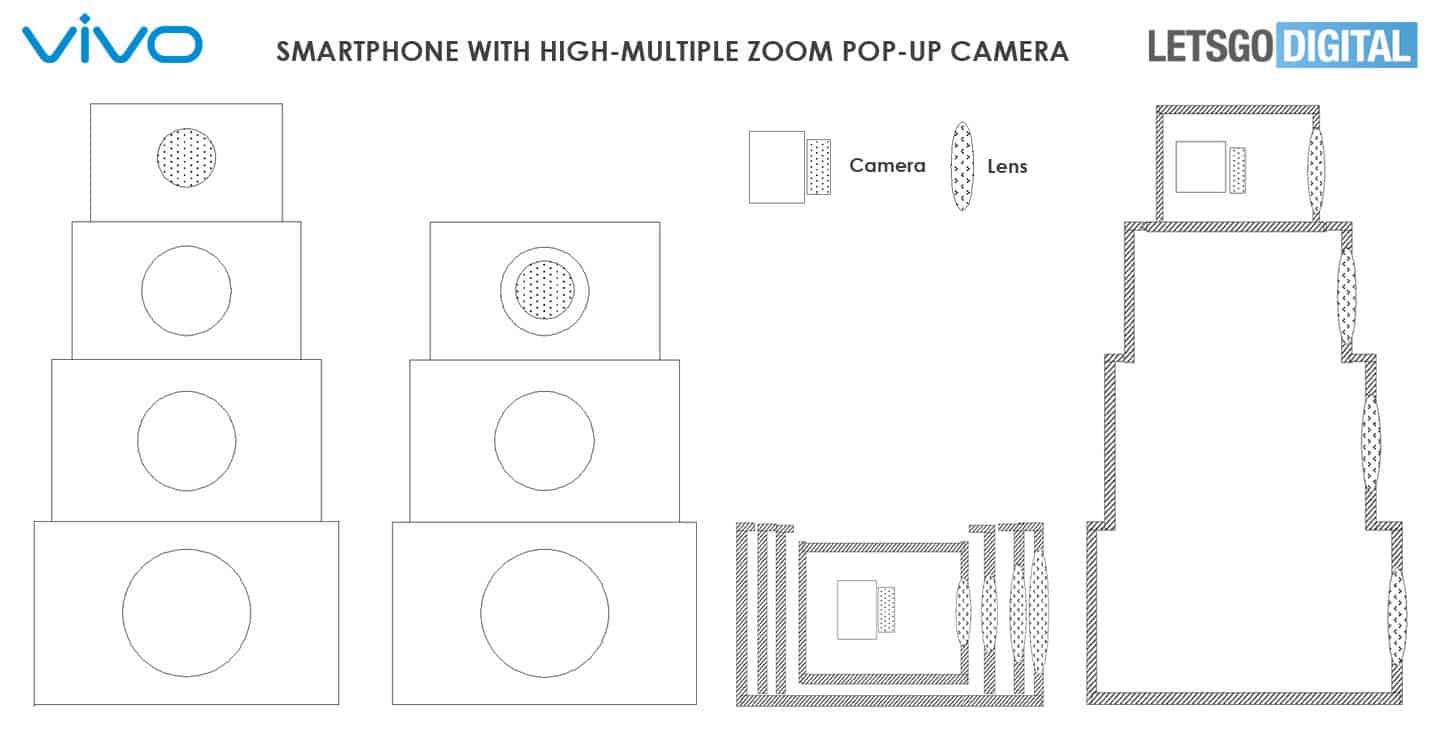 The document pointed out that the current smartphones only support “low zoom function.” In this regard, the new VIVO smartphone patent can achieve “high zoom function.” In other words, VIVO hopes to make it possible for smartphones to have a larger zoom range through its patented camera system. VIVO already has some smartphones with excellent zoom cameras. For example, the VIVO X30 Pro has two telephoto lenses with 5x and 2x zoom.

This phone has a pop-up camera system, but the camera is not facing forward. Instead, it’s facing backward. In other words, the rear camera is incorporated into the pop-up system, and the front camera is placed below the screen.

The pop-up camera system has four expandable modules. It is similar to a trapezoidal structure, with an extra lens sliding out each time. The lens below will always be available, and users can further expand the lens as needed.

The lenses can partially overlap each other to achieve a larger zoom range. Unfortunately, the document does not specify the data for optical zoom. However, this should be much higher than current smartphones with periscope zoom cameras.

It is still unclear how the company is going to integrated the flash. However, in the Technizo concept design, a stylish flash ring was placed around the lower camera lens, maintaining the integrity of the symmetrical design.

Other VIVO Smartphones With Pop-Up Cameras

Previous Realme MagDart magnetic charging has appeared in a video

Next PayPal started recruiting employees to work with cryptocurrency