Galaxy Buds 2 specifications have surfaced online in a new leak, suggesting that the upcoming earbuds will be cheaper than their predecessors. Samsung will be unveiling its new TWS (truly wireless) earbuds at the Galaxy Unpacked event on August 11. Aside from that, a slew of other devices will be announced by the South Korean tech company at the event.

As mentioned earlier, the Galaxy Buds+ and the Galaxy Buds Live successor could be priced below its precursors. Moreover, details about the S Pen Pro specifications and pricing have also surfaced on the web. Earlier reports suggest that the upgraded S Pen will be used with the upcoming Galaxy Z Fold 3, which will be announced at the Unpacked event.

The European pricing details of the new truly wireless earbuds were leaked earlier this month. The report also hinted at an impending launch of the Galaxy Watch4 lineup, along with two foldable devices, and a myriad of other products. The Galaxy Buds 2 could set you back 149.99 euros including taxes. The Buds Pro was launched at €230, while the Galaxy Buds+ is available for €170, according to WinFuture. Last month, noted tipster Evan Blass claimed that the Galaxy Buds 2 will retail for $149 in the U.S. The tweet has now been deleted. 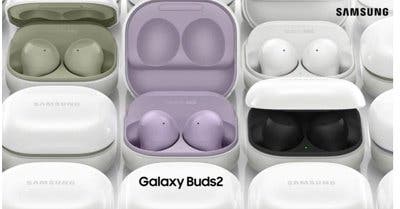 Alternatively, Samsung could go for Bluetooth LE audio with Low Complexity Communications Codec. The Bluetooth SIG launched the LC3 was launched earlier this year. Aside from ANC, the Buds 2 is expected to feature transparency modes as each earbud will reportedly come with three microphones. Like their predecessors, the new earbuds will also feature a dual-driver setup, along with a 6.3mm tweeter and an 11mm woofer for a superior listening experience.

The Galaxy Buds 2 is tipped to offer 8 hours battery life on a single charge when ANC is turned off. However, with ANC turned on, the earbuds will last just 5 hours. It comes in a rounded square case that is capable of charging the Buds 2 for about 13 hours with ANC on, and up to 20 hours with ANC off. It comes with Qi wireless charging support and features a USB Type-C port.

Aside from that, just 5 minutes of fast charging can provide up to 55 minutes of battery life. Furthermore, the Buds 2 is rated IPX7 for water resistance. It will go up for sale in white, purple, olive green, black color options. They will compete with the likes of the OnePlus Buds Pro and the Beats Studio Buds from Apple. On the downside, there’s no 360-degree audio, which was available on the Galaxy Buds Pro.