Over the past few days, there have been several reports regarding the upcoming Google Pixel 6 series. This series will have two smartphones including the Pixel 6 and Pixel 6 Pro. According to reports, the company will release these smartphones this fall. While some reports say it will arrive on September 30th, others say it will launch in October. In addition to its unique appearance, another highlight of Pixel 6 is Google’s self-developed Tensor SoC. According to Google, the Tensor SoC will make the Pixel 6 the most powerful Pixel phone so far. 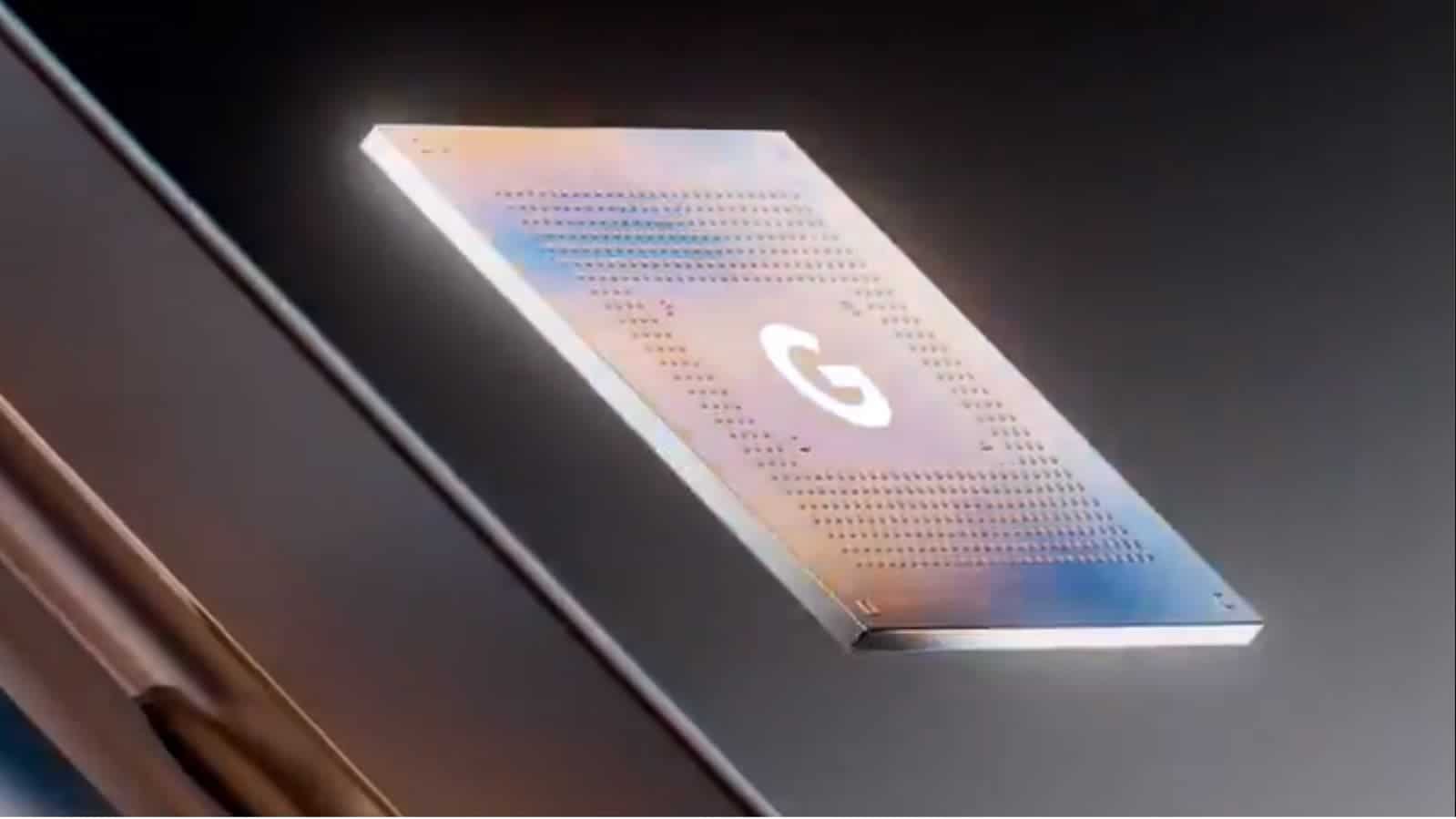 However, a recent report from the Galaxy Club gives the first look at the body of the Tensor SoC. The image shows a square chip with the Google “G” logo in the middle. Ordinarily, there will be nothing special about this chip. However, reports from the Galaxy Club claim that this device is actually an unreleased CPU from Samsung, namely Exynos 9855. The report also claims that Exynos 9855 share the R&D code with Whitechapel.

The Samsung Galaxy S21 Exynos 2100 chip is actually Exynos 9840 internally. Thus, we can understand that the Exynos 9855 should be a bit better than the Exynos 2100. In fact, there were reports sometime last year that Samsung is developing two high-end processors with internal numbers – Exynos 9855 and Exynos 9955. It now appears that Samsung sold the Exynos 9855 to Google while the Exynos 9955 will arrive at the end of this year. If the news is true, then the Tensor SoC must be Samsung’s full power chip which uses the 5nm process instead of 4nm.

As of now, there is no official response from Google regarding this claim. Since the advent of the Tensor SoC, Google presents this chip as its own innovation. The company did not present it as an innovation it got from another company. With this claim in the public domain, Google will have to refute it as its silence will lend some credence to the report.

From the speculations, Google’s team should have moved the CPU, GPU, baseband, and other parts of the Samsung Exynos 9855. However, the company will internally develop the ISP, DPU, and other modules that are closely related to AI. From the information so far, the Tensor chip should be an AI chip. This means that it can directly process AI and ML models on the phone. This will also allow users to have a better camera experience, voice recognition, and other functions. The emphasis has been on voice assistant, translation, subtitles, and dictation capabilities.

Next Mony Mint Is The Smallest 4G Smartphone Launched On Indiegogo