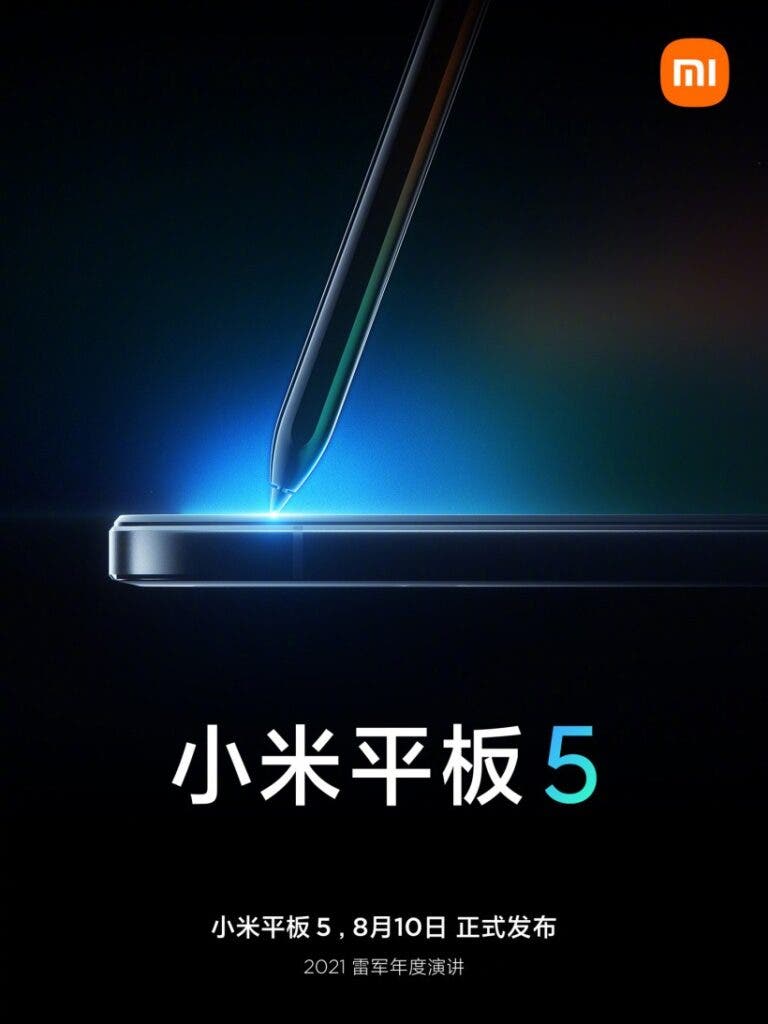 Today, Xiaomi officially announced that the long-awaited Xiaomi Mi Pad 5 series will also arrive at this press conference. Judging from its slogan “Dream life, write by yourself” and posters, the Mi Pad 5 series will support stylus pens with right-angle frames or aluminum alloy frames. Now, the Xiaomi Mi Pad 5 is currently available on appointment at JD.com. It’s just an appointment thus we don’t have information on the price. The landing page only comes with the official poster of this device.

According to the speculations so far, the Xiaomi Mi Pad 5 series will come with a 2560 x 1600 resolution screen. In addition to the 120Hz high refresh rate, this device will also support a 240Hz touch sampling rate. Furthermore, this tablet will support 4096-level touch and In-Cell active pen technology.

As of now, the official price of the device is still under wraps. We will have to wait a few days for the company to unveil more information about this device.