Samsung Galaxy Z Flip 3 full specifications have surfaced on the web, divulging key details about the much-awaited foldable phone. The South Korean tech company is set to unveil the Galaxy Z Flip 3 along with the Galaxy Z Fold 3 next week during the Galaxy Unpacked event. The event will be live-streamed at 3 PM on August 11 on the company’s official website.

The company’s Galaxy Z Fold 3 and Galaxy Z Flip 3 phones have already gone up for pre-booking in India. However, before the Galaxy Z Flip 3 foldable device hit the store shelves in India and other markets globally, full specifications have been leaked. The Galaxy Z Fold 3 has been subject to a slew of speculations and multiple leaks, as well. Leaks and details about both of the upcoming foldable devices have been making the rounds online for several months.

Just like the Galaxy Z Fold 3, the hotly-anticipated Galaxy Z Flip 3 foldable phone has been floating around the rumor mill for quite some time now. Now, a new leak from Winfuture.de has divulged the complete specifications of the upcoming handset from Samsung. The leaked spec sheet reveals everything there’s to know about the phone before its official launch later this month.

Under the hood, the foldable phone packs a Qualcomm Snapdragon 888 chipset. Morever, it will ship with 8GB of RAM and offer 128/256GB of built-in storage capacity. This shred of information coincides with the phone’s Geekbench listing. 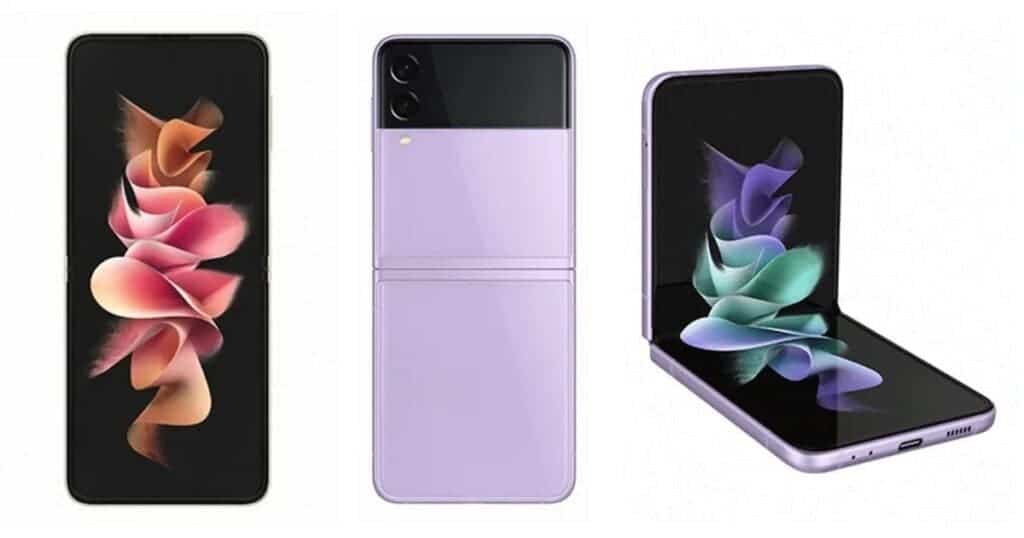 Aside from that, the phone is backed by a 3,300mAh battery with wired, as well as wireless charging support. Details about the exact wattage of the charger are still scarce. However, there is a possibility that it might be a 25W or a 15W. Furthermore, the foldable handset carries an IPX8 rating for water and dust resistance.

The Galaxy Z Flip 3 houses two displays. It features a main 6.7-inch FHD+ AMOLED screen that offers a refresh rate of 120Hz. There’s another 1.9-inch outer screen with a resolution of 512×260 pixels. The primary screen is flexible. You can even fold it along the center. This allows you to flip the phone open and shut. Users can open and close the Galaxy Z Flip 3 a staggering 200,000 times, which translates to nearly five years of usage, according to a SamMobile report. This is similar to the original Galaxy Z Flip. 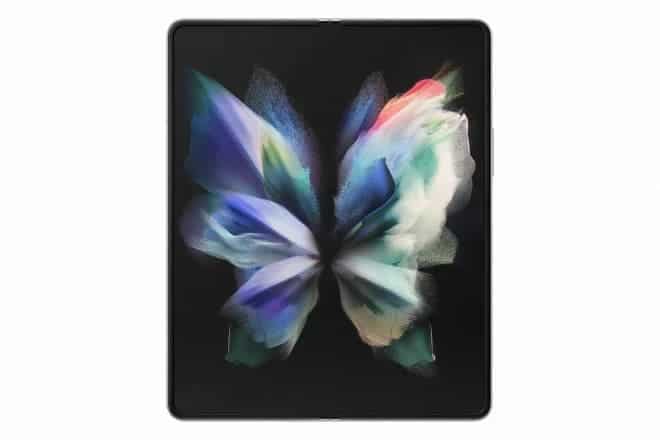 The phone will get more durable when it is folded and unfolded since the hinge has been reinforced. The back panel of the phone has a Gorilla Glass Victus for additional protection. In terms of connectivity options, the phone features NFC, Bluetooth 5.0, USB Type-C, 4G LTE, and 5G. In the optics department, the Galaxy Z Flip 3 could come with a rear-mounted 12MP wide-angle camera and a 12MP ultra-wide camera. Upfront, there will be a 10MP camera for selfies and video calling.