Samsung has released the Galaxy A52 5G and Galaxy A72 5G as its first mid-range smartphones offering 5G connectivity in 2021. Since then, the company has been expanding the offer of devices sporting support for the fifth-gen network. Now, the company seems to be preparing to “revisit” the A52 5G by launching a new “S” tier for the handset. If you’re familiar with the Galaxy A and M-series, you probably know that the company has been launching “S” variants of certain devices after a certain amount of time. Now, the Galaxy A52s 5G seems to be getting ready for a release as it has passed through Bluetooth SIG certification.

The new Galaxy A52s 5G has passed through Bluetooth SIG databased in three distinct model numbers – SM-A528B, SM-A528B_DS, and SM-A528N. Unfortunately, the listing doesn’t include any specifications about the new smartphone. However, it passed through the Geekbench website not long ago. The device with model code SM-A528B was spotted at the popular benchmarking platform with a Qualcomm Snapdragon 778G SoC. This currently is Qualcomm’s latest and best offering for the mid-range segment.

In addition to the latest Qualcomm platform, the new handset also comes with 8 GB of RAM and Android 11 straight out of the box, which confirms One UI 3.1. Interestingly, the device already figures as a big upgrade over the current Galaxy A52 5G that packs a Snapdragon 750G. Interestingly, the very same model spotted in Geekbench was certified by the FCC. According to the North American authority, the device will have Wi-Fi 6 connectivity straight out of the box. It also includes NFC with means of support for wireless payments.

Unfortunately, that’s everything we know about the Galaxy A52s 5G at the moment. According to previous leaks, the device will be just an A52 5G with a Snapdragon 778G chip. Based on this, we know exactly what t expect. The device is said to come at 450 Euros and will have 128 GB of internal storage plus microSD card support. 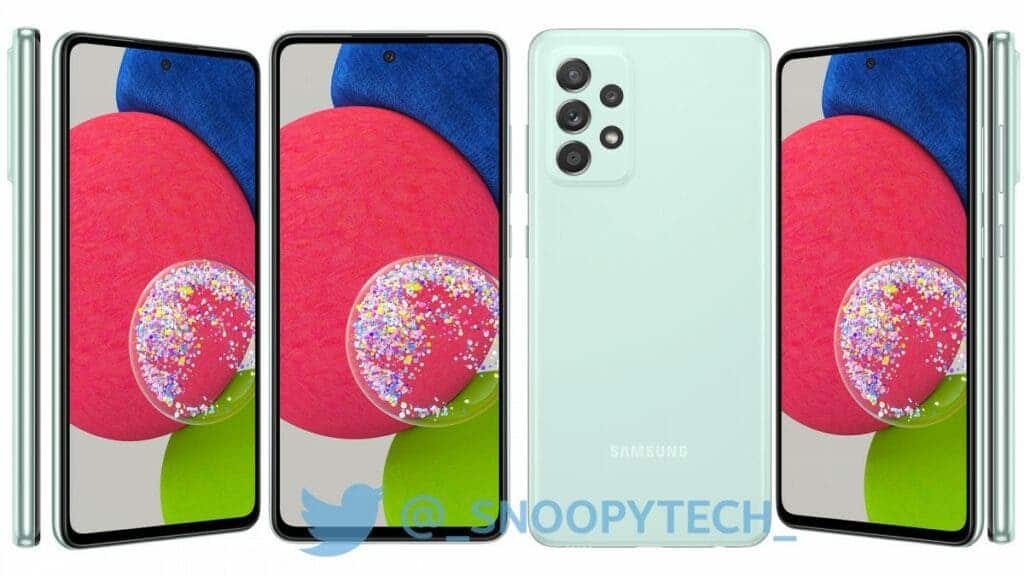 Other features include a 3.5 mm headphone jack and stereo speakers. The device will draw its powers from a 4,500 mAh battery with support for 25W fast-charging. We should hear more about the Galaxy A52s 5G in the coming weeks.