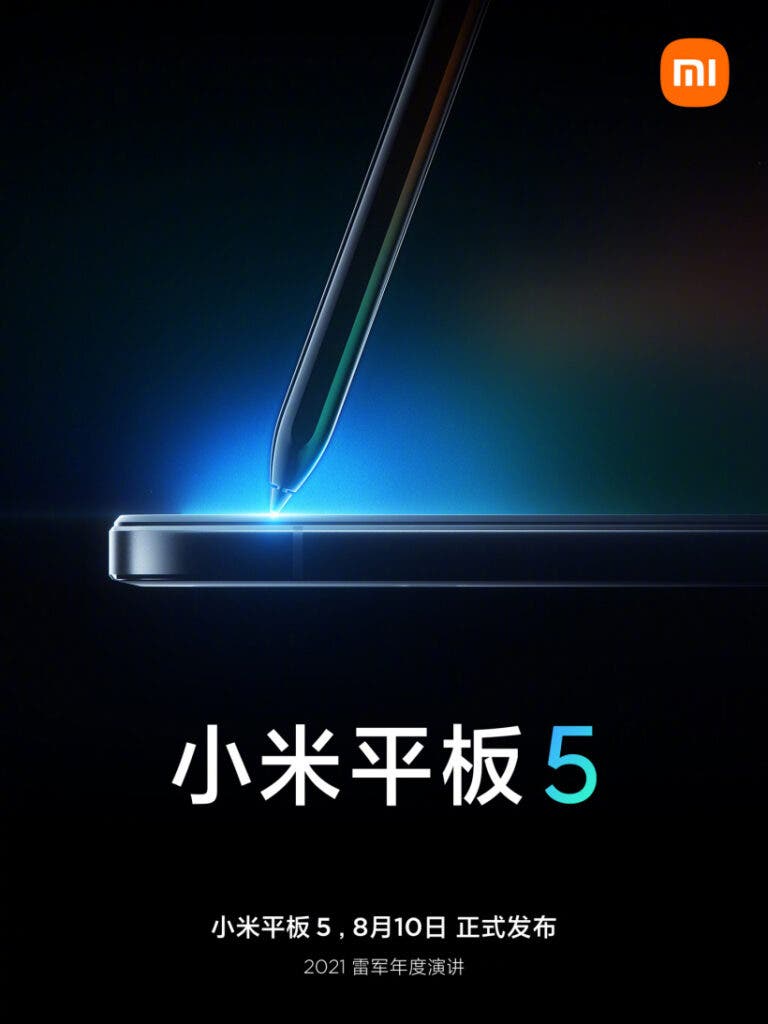 Subsequently, the company had to explain what transpired. Its follow up Weibo post reads “On November 8, 2018, after the last Weibo of “Xiaomi Tablet”, it experienced company-level changes such as changes in operating personnel and organizational structure adjustments; at the same time, the Xiaomi Tablet product line also entered a three-year research and development period, at this time, there were no new products”

The company further explains that since it did not access the Weibo account for a long time, the account was temporarily frozen following Weibo’s rules. The process of reactivating the account took longer than the company has anticipated.

However, Xiaomi Tablet now has its Weibo handle back and it wrote “This time we come back, we will also bring new products. Waiting for the official meeting with you on August 10. We will tell you the stories of the past three years”.

According to the speculations so far, the Xiaomi Mi Pad 5 series will come with a 2560 x 1600 resolution screen. This device will use an ultra-high-quality LCD display with a size of 10.95 inches. In addition to the 120Hz high refresh rate, this device will also support a 240Hz touch sampling rate. Furthermore, this tablet will support 4096-level touch and In-Cell active pen technology. As of now, the official price of the device is still under wraps. We will have to wait a few days for the company to unveil more information about this device.