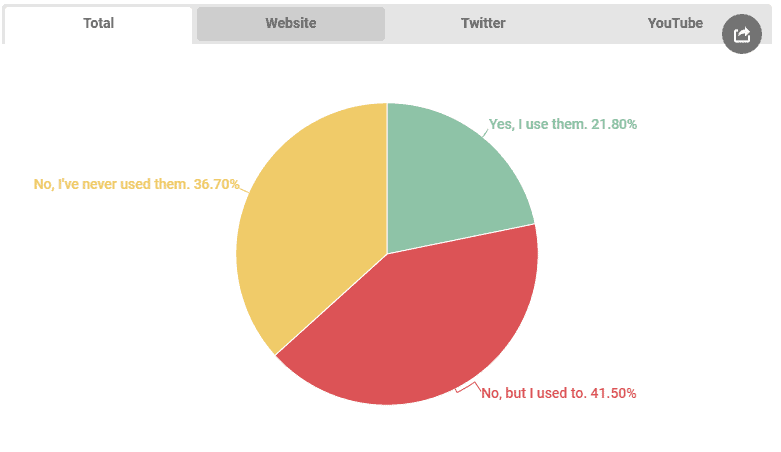 Looking at the overall situation, more than 70% of Android users have used third-party ROMs, 26% have never used them, and 35% currently using them. This result is strictly from the survey of Androidauthority but a very popular one. There were about 28,000 participants from the website, Twitter and YouTube. All three platforms did not have similar results. The results above are those from Androidauthority’s website which had just over 7000 voters.

On Twitter, the number of participants is just a little below 5000. The result shows that about 62% of users have tested custom ROM at some point. Out of this number, 17% are still using third-party systems while 45% are done with these systems. This means that the remaining 38% have not had anything to do with third-party systems.

On YouTube, the result is also different from the website and Twitter. The YouTube poll with over 16,000 voters shows that 56% of users have tested custom ROMs at some point. While 14% are still using third-party systems, 40% no longer use them.

However, from this survey, many people have used third-party systems before. Although there is no detailed reason, everyone has flashed because the official ROM may not be easy to use, and there are many restrictions. The second is that the third-party ROM is streamlined and perhaps smooth.

In the past few years, there have been fewer Android users who flash custom ROMs. Many Chinese Android skins such as Xiaomi’s MIUI, Huawei’s EMUI, Oppo’s ColorOS, or Vivo’s OrginOS are much more powerful and easy to use. Of course, the most important thing is that the flashing ROM is basically blocked by the authorities, otherwise, it will be fun.

Generally, due to significant improvements in software and new security features, users no longer see the need to meddle with third-party systems. However, a good number of Android users still use custom ROMs. The survey shows that in every five participants, only one still uses custom ROMs.

Next Huawei will not give up on the smartphone market