Some hours ago, @IshanAgarwal exposed some details and images of the global version of Redmi 10. While the specification appears to be expected, there is something interesting about the design of this smartphone. As we can see from the image above, the Redmi 10 Global design appears to be a combination of two pre-existing Xiaomi and Redmi phones. The front of the Redmi 10 is similar to the Redmi K40, with a center punch-hole screen design. The screen size is 6.5 inches and it supports a 90Hz refresh rate. Furthermore, it will come with a Corning Gorilla Glass protection. 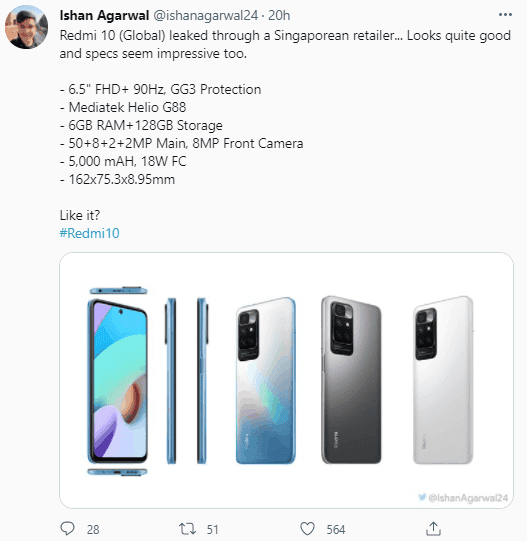 However, the rear is similar to the Xiaomi Mi 10 Ultra (Extreme Commemorative Edition). The camera design uses a matrix camera module with a total of four cameras. The only difference here is that the Mi 10 Ultra camera sensors align vertically.

According to @IshanAgarwal, the global version of the Redmi 10 will come with a MediaTek Helio G88 processor. In addition, this smartphone will also use up to 6GB of RAM and 128GB of internal storage. In the camera department, this device will come with a quad-rear camera setup. It will use a 50MP main camera as well as an 8MP ultra-wide angle, 2MP depth of field + 2MP macro cameras. To keep its lights on, this device will have a huge 5000 mAh battery that supports an 18W fast charge.

The leak also shows that the dimension of this device will be 162 x 75.3 x 8.95mm. In addition, from the rendering, Redmi 10 retains the 3.5mm headphone jack. Looking at the specifications above, the Redmi 10 (Global) will be an entry-level model. As such, we expect the starting price to be within 1000 yuan ($154). As of now, there is no information on the official launch date of this smartphone. 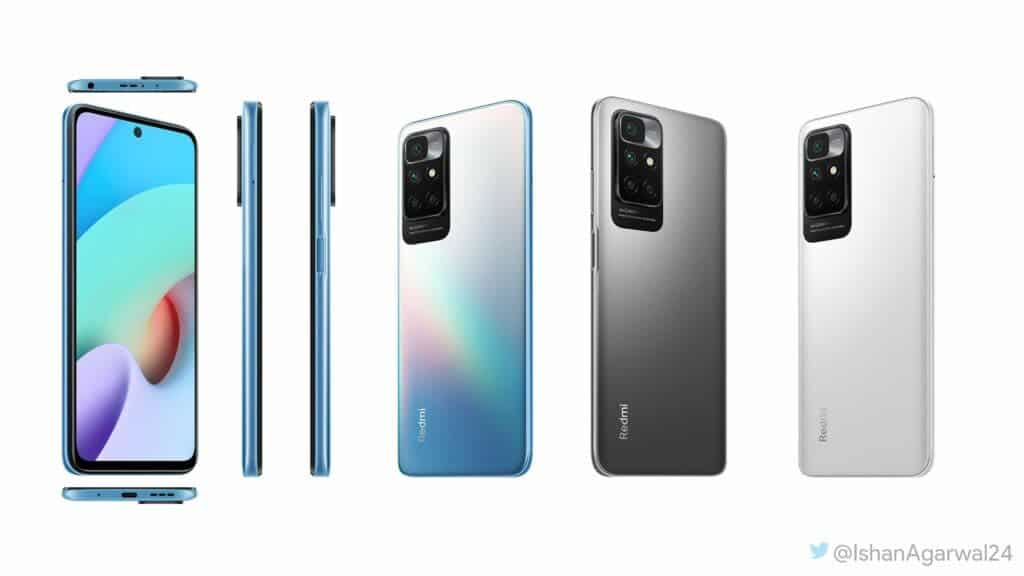 Last month, the Redmi 10 made an appearance on FCC with the model number 21061119AG. According to the listing, this device will come with MIUI 12.5 on top of Android 11. The listing also shows the following models 4GB RAM + 64GB ROM, 4GB RAM + 128GB ROM, and 6GB RAM + 128GB ROM configurations. In terms of connectivity, it will support Wi-Fi and LTE bands.

Furthermore, this smartphone would have a dual-SIM model with 4G LTE support. On July 14, leaker Kacper Skrzypek revealed some of the phone’s major highlights. In his tweet, Skrzypek claimed that the phone will feature a 50MP main camera, which will be a Samsung S5KJN1(ISOCELL JN1) sensor. 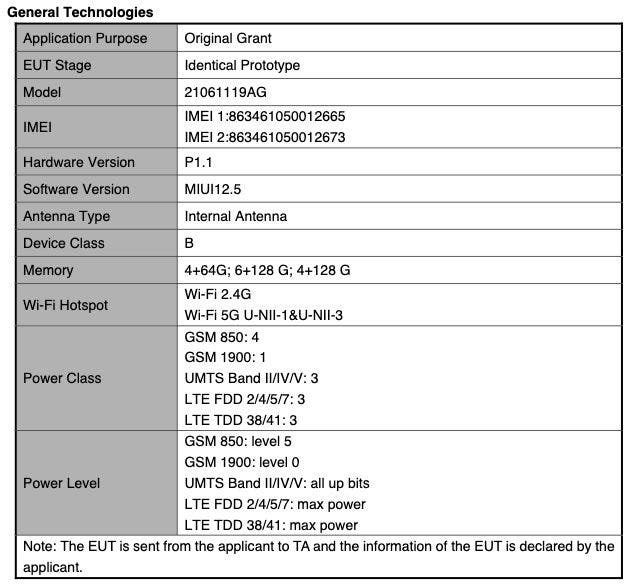 Other speculations claim that the main sensor of this device will support 4K @ 60fps. As far as video is concerned, it can deliver 1080p @ 240fps. However, it is unclear whether the processor will be able to handle this.