Realme has made its name in recent years due to its excellent smartphones with compelling hardware and affordable price tag. In recent years, Realme has expanded its portfolio by offering new technology and lifestyle products such as Smart TVs, Smartwatches, TWS Earbuds, and more. For this year, Realme wants to consolidate its name further as a smartphone brand in the flagship terrain with the Realme GT series. As per new info, the company is gearing up to introduce its Realme GT Master Edition series and a set of new products on August 18th.

Realme still stands as the fastest-growing smartphone brand. This has been further assured now that the company has officially exceeded 100M in cumulative shipment volume of smartphones. At the same time, reaching this whopping amount in just 37 months of existence means that Relame is the fastest smartphone brand in the whole world to exceed this impressive milestone. Now, in a bid to celebrate this impressive milestone, the company will unveil the new Realme GT Master Series and new product lines on August 18th. 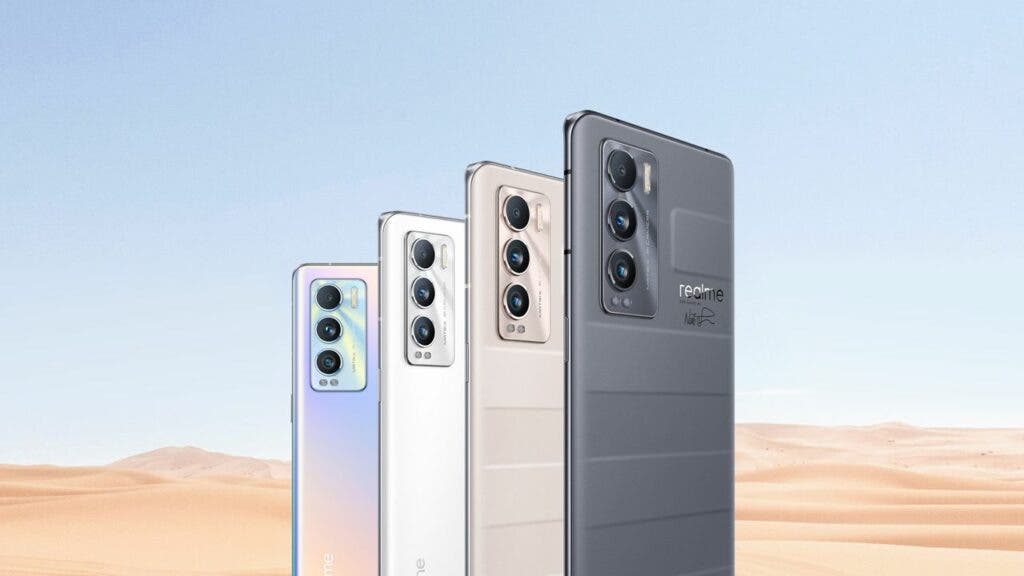 We are excited to see the new Realme products coming during the event. However, the GT Master Edition series smartphones certainly will be stealing the headlines. The GT Master Edition series brings the company’s most high-end flagship. The devices are designed in partnership with famous Japanese Industrial Designer Naoto Fukasawa, who has previously explored new smartphone aesthetics.

Apart from smartphones, Realme will also debut other aspects of its TechLife ecosystem at the event. For those unaware, TechLife is the company’s new lineup that will introduce devices such as lifestyle products and home appliances. The company will underscore its intention of becoming the fastest-growing brand and disruptor in the new product categories.

Realme’s biggest promotion of the year starts on August 18

In addition to the new products, Realme will also disclose its biggest promotion of the year. This event is a direct response to all 100 million users that have been supporting the company for the past three years. The promotion will include 61 markets and will cover all product categories.

As for the launch event, it will be held online through Realme official social media platforms – YouTube, Twitter, Facebook. Of course, we’ll be covering all new products and announcements from Realme. Stay tuned.

Previous Realme C3 is getting Android 11 update in India

Next Full list of newly released Xiaomi devices and their prices