Realme has just announced the Realme 10 4G, but more devices are coming on November 17. For the next week, the company left the Realme 10 5G, 10 Pro, and Pro+. The Realme 10 Pro+ 5G, as the name clearly suggests, is the higher offering in the series. It will come with a curved screen, and to keep the hype alive, the company decided to disclose details about this panel. The new teasers come straight from the company’s Vice President.

The Realme 10 Pro+ flaunts a 6.7-inch OLED screen with a 120 Hz refresh rate. The device flaunts a centered punch-hole and a curved screen in the best 2.5D style. The company also confirms the 2,160 Hz high-frequency dimming. To those unaware, this is the highest PWM in the industry and works to reduce the strain on the eyes. That may not sound like an amazing deal, but smartphone screens are slowly bringing harm to our eyes, therefore, it’s good to see efforts being made in this regard. 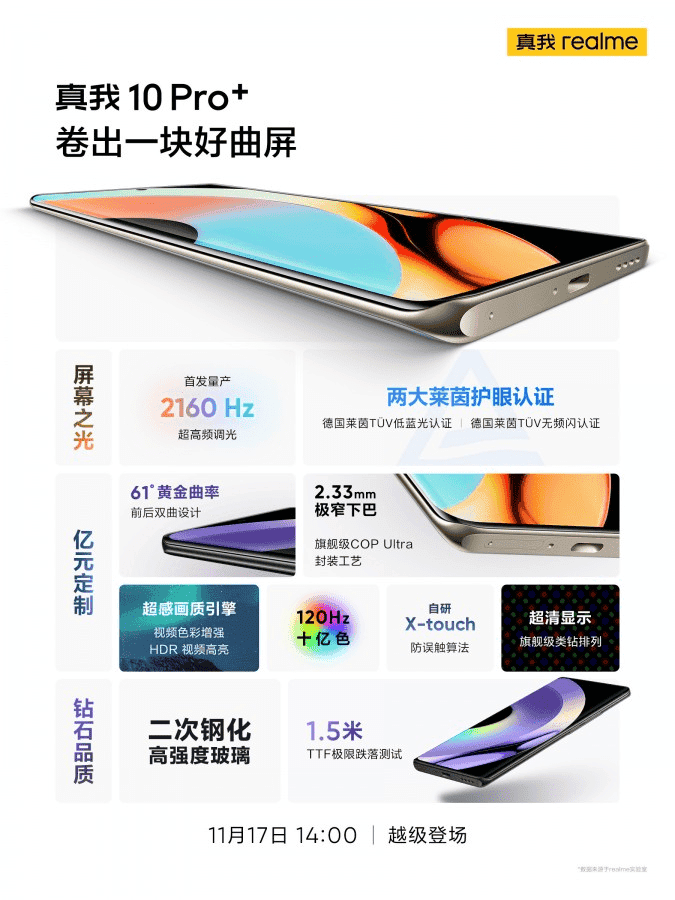 In addition to the curves, the Realme 10 Pro+ display has extremely thin bezels. The smartphone chin is only 2.33 mm thick. Moreover, the sides are curved at a 61-degree angle and the whole panel is protected by a secondary tempered glass that can survive a 1.5-meter drop. This tempered glass seems like a film applied in the factory. We don’t know whether the phone will have any kind of protection like Gorilla Glass or Panda Glass.

Most of the Realme 10 Pro+ specifications are out thanks to leaks and certifications. The phone is set to come with the MediaTek Dimensity 1080, while the regular Pro will bring the Qualcomm Snapdragon 695. Just like the Pro, it may have up to 12 GB of RAM with up to 256 GB of Internal Storage. The camera specifications are still unclear. However, we do know that the phone will bring a triple-camera array. The device will bring a 5,000 mAh battery with 67 W fast charging. 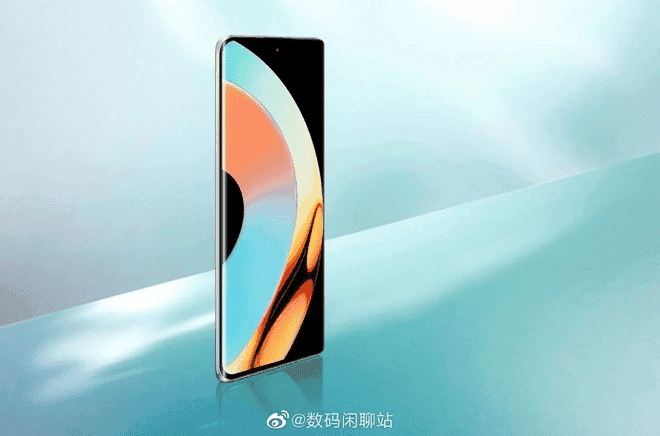 Going for the camera, we expect an ultrawide snapper to make an appearance here. After all, this module is absent on the Realme 10 4G and will be absent on the 10 5G, and 10 Pro. The main module is still unconfirmed by Realme. However, the leaks point to the use of a 108 MP camera from Samsung. Apparently, Realme is not pursuing Redmi in the 200 MP camera party. The Xiaomi sub-brand has launched two phones with the 200 MP ISOCELL HPX snapper, the Redmi Note 12 Pro+ and the Explorer Edition which also has 210W charging. Realme does not seem to be interested in competing directly with these devices.

Next OnePlus Nord CE 3 specifications leaked with some downgrades