In a few minutes from now, the official launch event of the Xiaomi Mi MIX 4 will commence. According to a new leak of the protective film of this smartphone, there is a hole in the film for the front camera. Recall that the Xiaomi Mi MIX 4 uses an under-screen camera technology. This means that there will be no physical camera sensor on the front. However, why does the film have a space for the front camera? 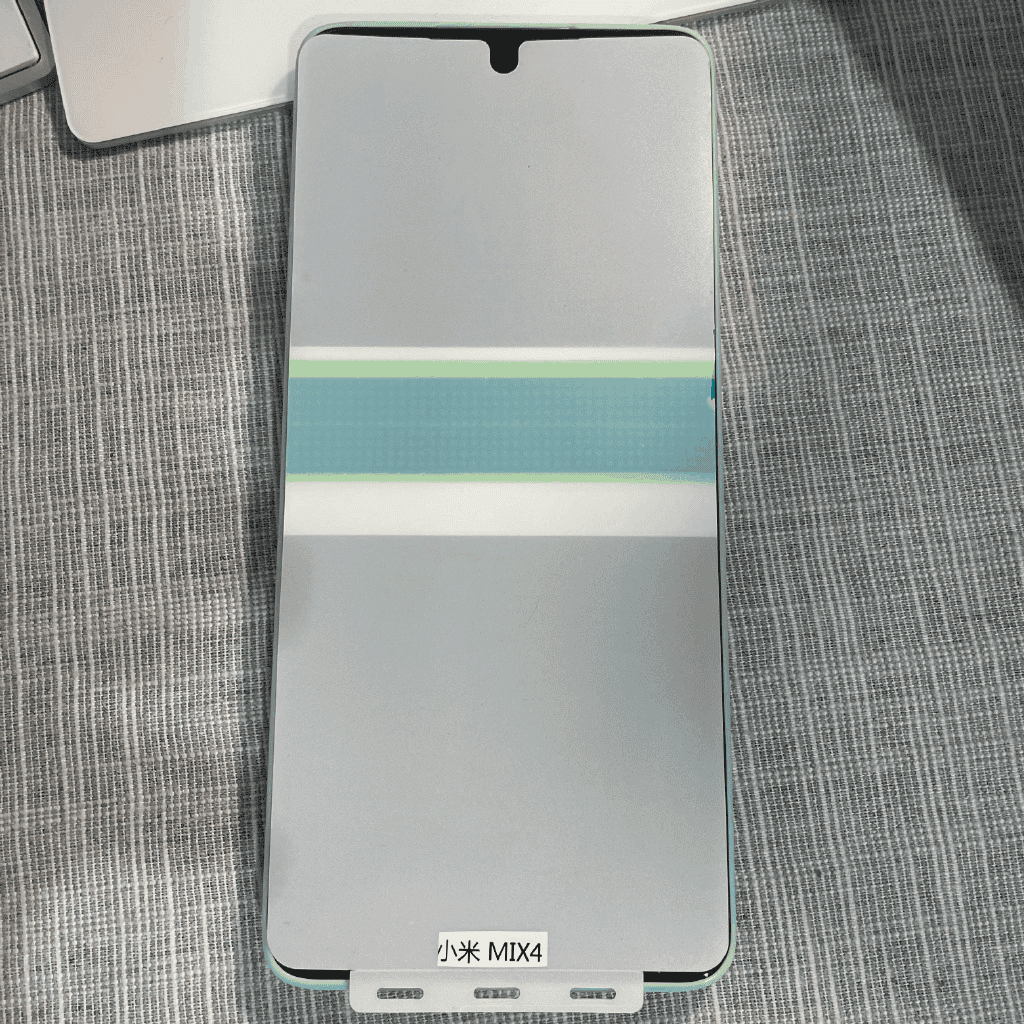 It is logical to have a hole in the film for the front camera. As of now, the shooting power of the under-screen camera is not at its best. In fact, the company could not use a 2K display on this phone so as to improve the front camera image output. Thus, any external material that further negatively affects the camera capacity is not needed. The protective film will overlay on the camera if there is no hole. This will obviously affect the shooting effect of the camera.

According to reports, the new Xiaomi Mi MIX 4 will adopt a hyperboloid screen design. The screen frame is extremely narrow on all four sides and the overall visual effect hits a new height., However, the top and two side bezels are thinner than the bottom bezel. Nevertheless, the screen-to-body ratio of this smartphone is worth looking forward to.

The Mi MIX 4 will use a 6.67-inch hyperboloid solution with a resolution of 2340 x 1080. This display will come with a pixel density of 386ppi, and a 120Hz refresh rate. However, this device does not come with a 2K+ display that we have on the Mi 11 series. Nevertheless, the screen is still at the flagship level. We can guess why this device will not use a 2K+ display, it has to be because of the under-display camera. This flagship smartphone also comes with the Qualcomm Snapdragon 888 Plus flagship processor. Furthermore, this device will come with a built-in 5000 mAh large battery that supports 120W fast charging. For the wireless charging capacity, it will use an 80W wireless fast charging technology.

At present, Xiaomi MIX 4 has opened reservations on major e-commerce platforms, and the cumulative number of reservations on JD.com and Tmall now exceeds 340,000. It is worth noting that Xiaomi will also release a variety of products such as the Mi Pad 5 series and Mi TV OLED new products at this conference.