As IOT and smart wearable concepts heat up more and more, people are increasingly getting interested in this category. With that in mind, today we’ll be discovering a new brand in this new field: KUMI. We’ll also get to know the hidden meaning behind the brand and what they are going to provide for the users.

First of all, let’s start from the brand’s Logo. KUMI is not a new brand in China, in Chinese “KUMI” means to connect with think tanks to seek the future. Additionally, the blue “KU” means innovative technology, while the red “MI” means better life and interesting things. Together, we get that KUMI hopes to let everyone in the world enjoy a better life through innovative technology, and that’s the KUMI mission.

As a brand, KUMI is well known in China. KUMI started its business in China many years ago in Shenzhen Huaqiangbei. KUMI now decided to expand his influence to overseas markets. Just like the CEO KUMI Guo told us, “We believe we can”, and that’s the KUMI company’s slogan.

In the past several years, KUMI has participated in different conferences, like CES, MWC, and APD. All KUMI’s products come with necessary certifications like CE, FCC, RoHS, SAA, IC etc.

As we talked with KUMI’s CEO, Guo, he told us that KUMI’s final goal is to build an AIOT surrounded by a series of smart products. The KUMI AIOT concept offers smart hardware including smartwatches, fitness bands, wireless earphones, GaN quick charger, and other smart devices related to health and sports. 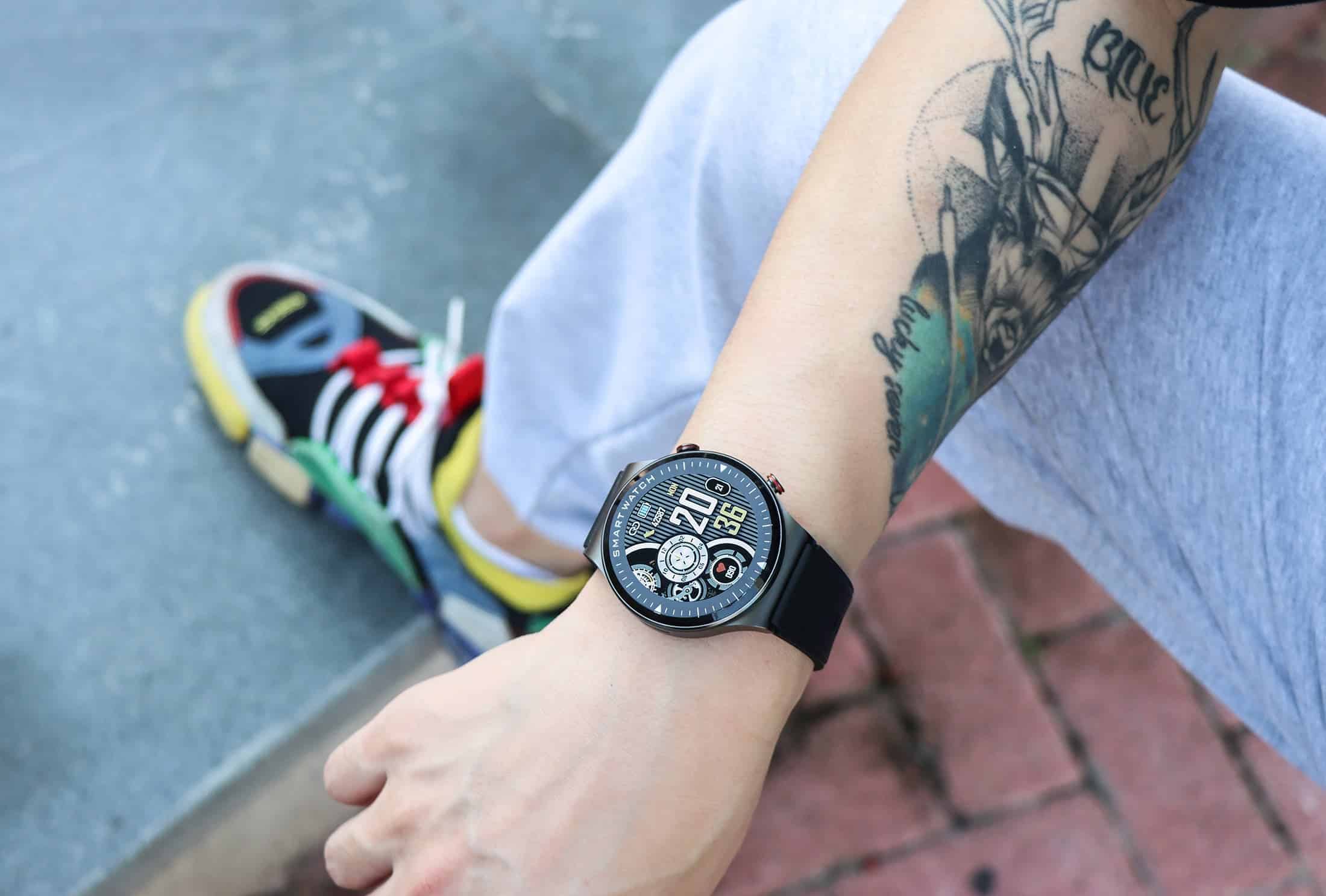 KUMI Smartwatch includes 7 series, KU series for health, K series for fashion, GT series for cool gadgets, GW series for business style, U series for sport, M series for super value, I series for children. At this moment Kumi KU2 Plus, Kumi GW16T and Kumi U3 smartwatches are new products in the market.

Kumi KU2 Plus is a 1.69-inch dual curved screen smartwatch, which supports real-time blood oxygen monitor and up to 24 sports modes. The Kumi GW16T is a really hot selling product in China thanks to its ​​premium quality and appearance. And the Kumi U3 has a 1.57-inch color display and supports 24 hours heart rate and blood oxygen monitor, any small changes of your body will be recorded and informed. 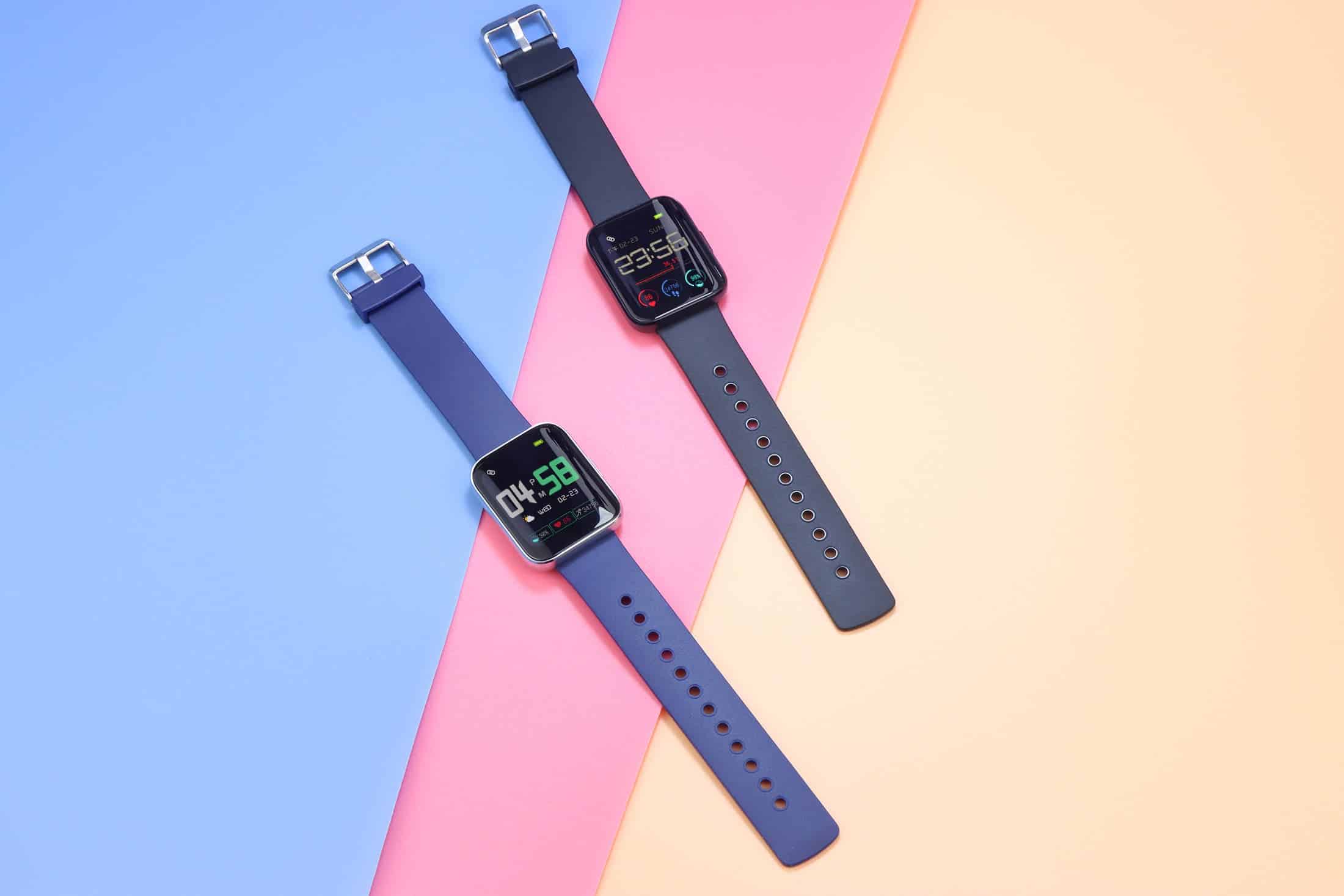 Kumi wireless bluetooth earphones include KUMI T1, KUMI T3S, KUMI T9S Pro, KUMI G03 and KUMI K5. All these products are certified by CE and FCC. And all these products can be purchased at global AliExpress and Amazon stores. 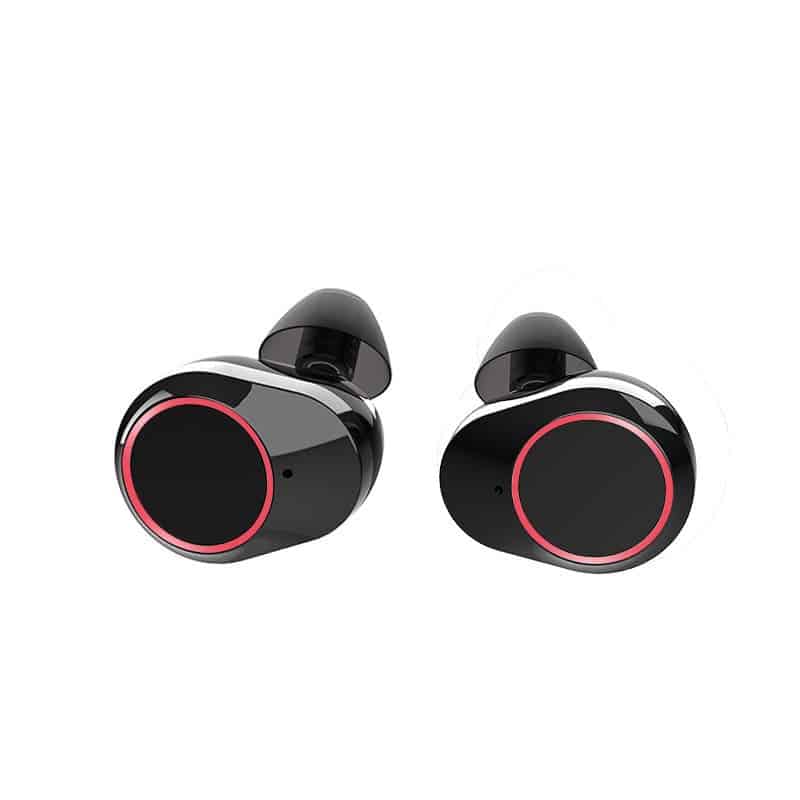 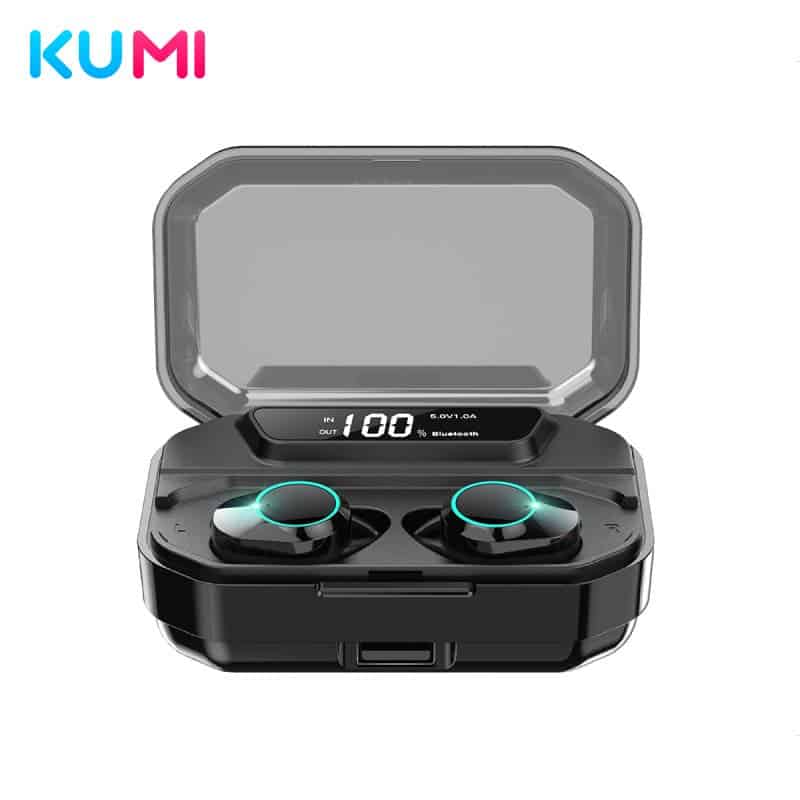 KUMI Band 6 fitness with a dual curved screen is also a super light bracelet which only weighs 24g. It is a totally new product and is planned to go on global launch in August. 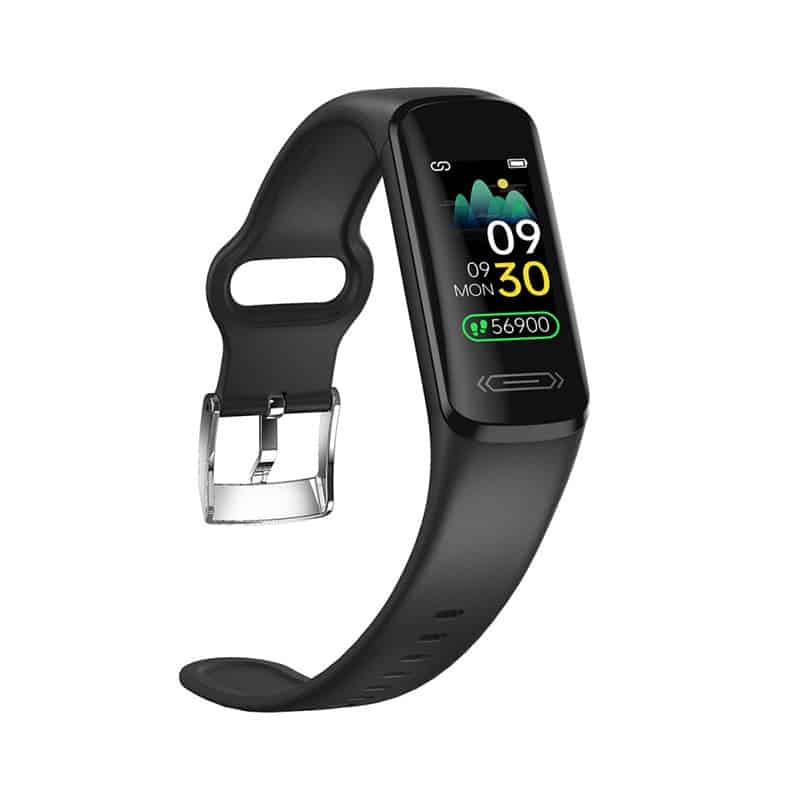 When we checked KUMI at AliExpress, we also found this really interesting product, called “KUMI SmartBand N8”. The KUMI N8 comes with two wireless earphones which can be inserted into the smart band. That’s a really interesting and exciting function which really rarely can be seen in the smart band world. Furthermore, the KUMI N8 also comes with a high-end 0.96″ AMOLED colorful display, supporting Bluetooth 5.0. 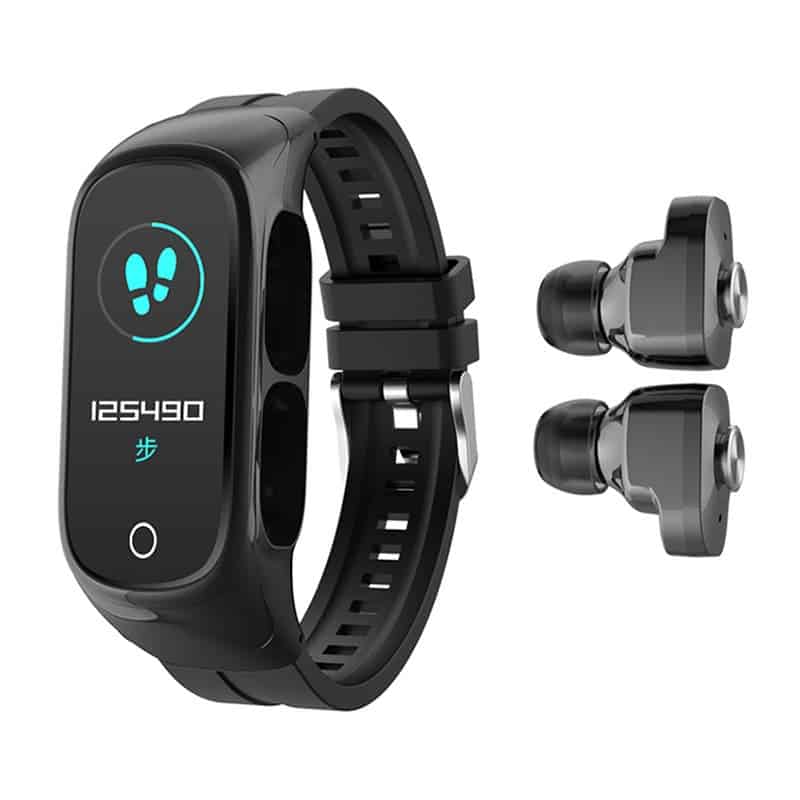 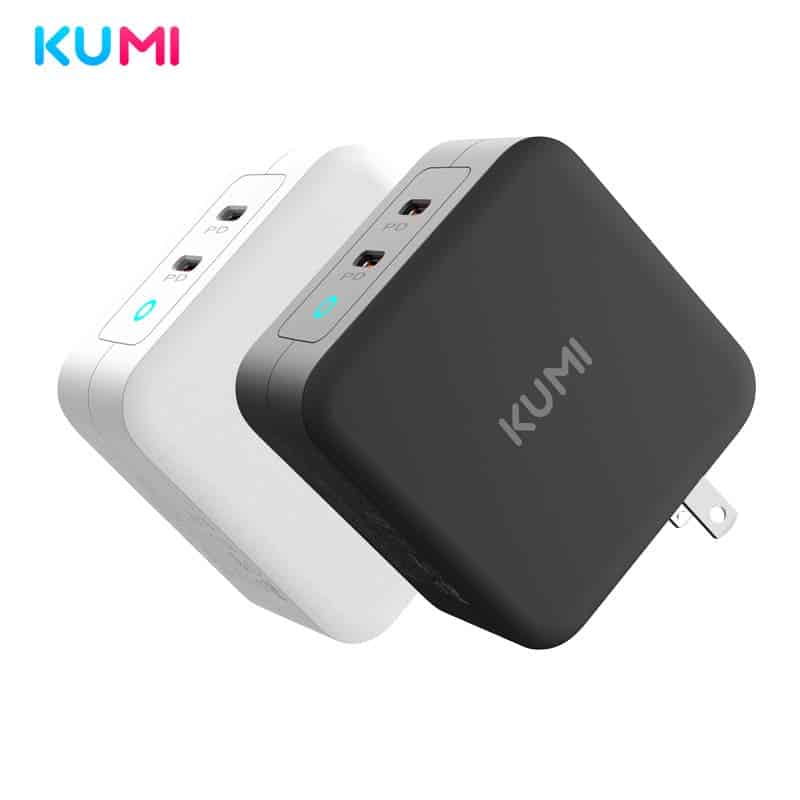