Both the Magic3 and Magic3 Pro adopt an aesthetic design which means that they are basically the same in terms of design. However, there are a few details that differentiate these devices. The Magic3 and Pro model comes with a super curved screen design that converges on the side of the phone. These devices also have an extremely narrow frame (0.55 mm) which allows them to get a screen-to-body ratio of 94.86%. The overall display effect of the screen is excellent.

On the rear, the Honor Magic3 series uses a round camera module in the center of the rear. However, there is a small unnoticeable difference between the regular version and the Pro model. While the regular version has its LED flash on the left side of the module, the Pro model’s LED flash is at the bottom of the module. Also, the Pro model has “100X” written on top of the rear camera module. The regular model does not have this because it does not support “100X” zoom. Both smartphones are available in four colours including bright black, white, gold, and dawn blue. 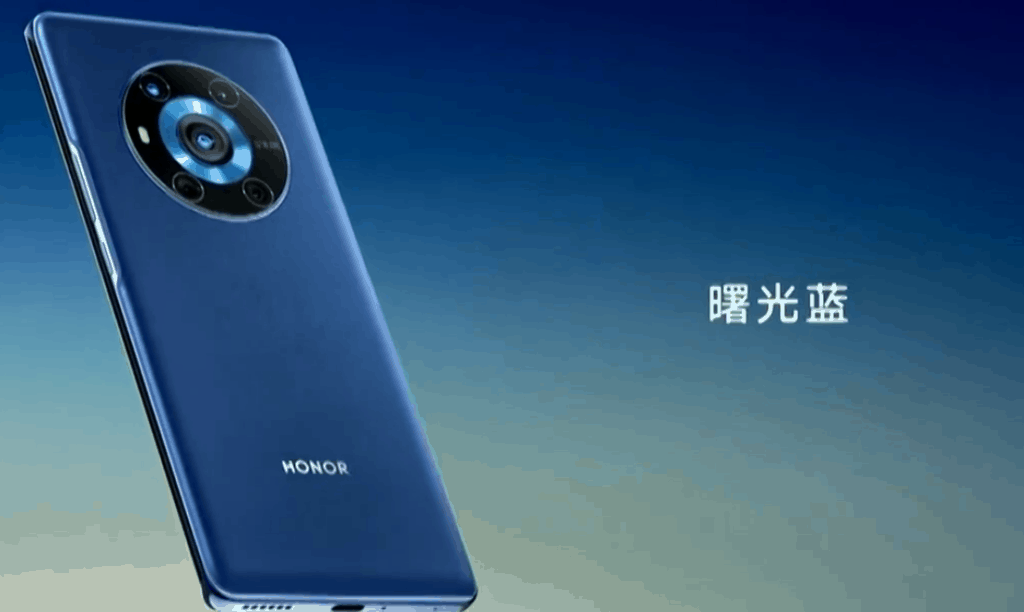 The Honor Magic3 series comes with a 6.76-inch super curved OLED screen. This display supports a 120Hz high refresh rate as well as 1920Hz PWM dimming. The curve on the sides of the display is as high as 89-degree and this display supports a smart refresh rate. This means that the refresh rate automatically adjusts to meet the need of the usage scenario. These smartphones also support DCI-P3 color gamut, 1.07 billion colors, ΔE<0.8, and HDR10+ certification. 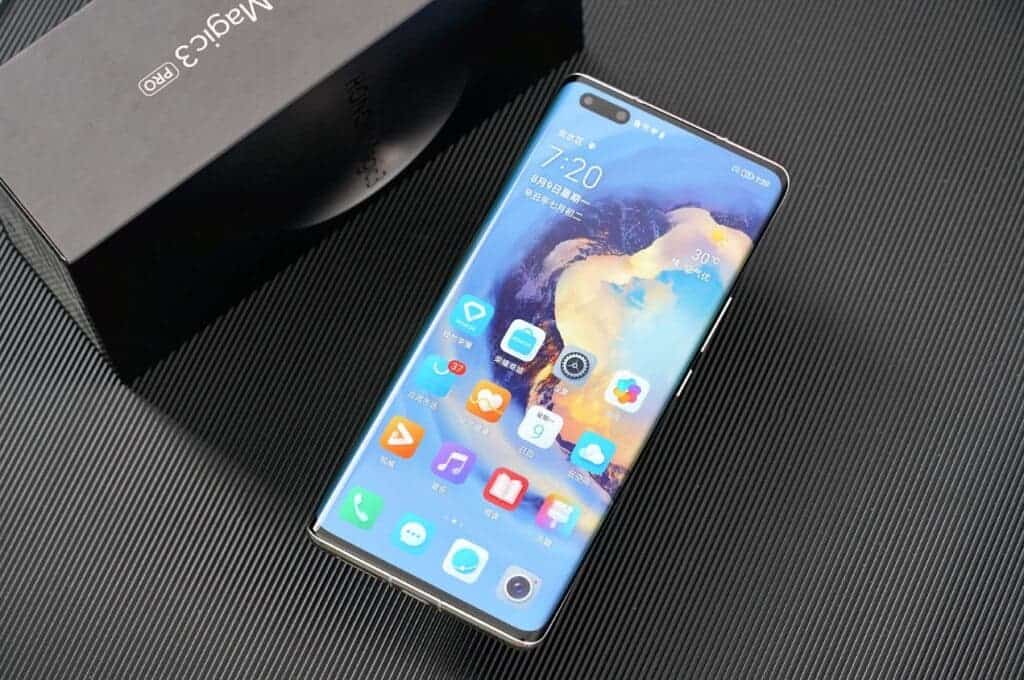 In addition, the Magic3 series also supports hardware-level 4096 brightness adjustment. The 1920Hz high-frequency PWM allows the device to avoid the flicker of low-frequency PWM and the uneven colour of DC dimming. This series also has the TUV Rheinland low-blue eye protection certification.

The Honor Magic3 series comes with a 50MP main outsole camera with IMAX ENHANCED certification. According to the company, the camera output is one of the most upgraded features of the Honor Magic3 series. Apart from the main camera, there are slight differences between the Magic3 and Magic3 Pro.

The Honor Magic3 comes with a triple rear camera setup. It has a 50MP main camera as well as a 64MP black and white balance sensor and a 13MP wide-angle macro lens that supports laser focus.

The Honor Magic3 Pro comes with a quad-rear camera setup. Like the Magic3, the Magic3 Pro comes with a 50MP main camera. However, this device also has a 64MP black and white sensor, a 13MP wide-angle macro lens, and an extra telephoto lens that supports OIS, 3.5x optical zoom, 10x hybrid zoom, and 100x digital zoom. The focus is upgraded to 8×8 dToF laser focus, achieving a larger range of precise focus.

In terms of algorithms, the Magic3 series also supports HONOR Image Engine, which is self-developed by Honor. Through high-level algorithms with different structures, the strategy engine is separated and the image process is reconstructed to maximize efficiency. The combination of software and hardware can be integrated under different platforms to create end-to-end imaging capabilities.

More importantly, the Honor Magic 3 series is the first smartphone to pass the IMAX ENHANCED certification this time. It has cooperated with the Hollywood team to create professional-level video gameplay such as Magic-log and 3D LUT. This series also creates the first AI tone recommendation and enhanced movies with AI.

The Honor Magic3 series is the first flagship series to use the Qualcomm Snapdragon 888+ SoC. This is because the first smartphone to use this chip, Xiaomi Mi MIX 4, is not a series but a lone smartphone. The large core frequency increases to 3.0GHz, and the AI ​​performance also increases by more than 20%. This series comes with superconducting hexagonal graphene and VC hot/cold heat dissipation technology. This effectively improves the heat dissipation efficiency and lowers the temperature during gaming.

The Magic3 series not only supports 5G SA/NSA networks, but both the primary and secondary cards also support SA connections. Furthermore, these smartphones also support the latest LinkTurbo X technology. It also supports dual Wi-Fi and dual cellular network technologies, making the network speed reach 6.1Gbps. In addition to the super-fast network speed, it can also switch between different networks automatically to ensure that the connection speed remains high. 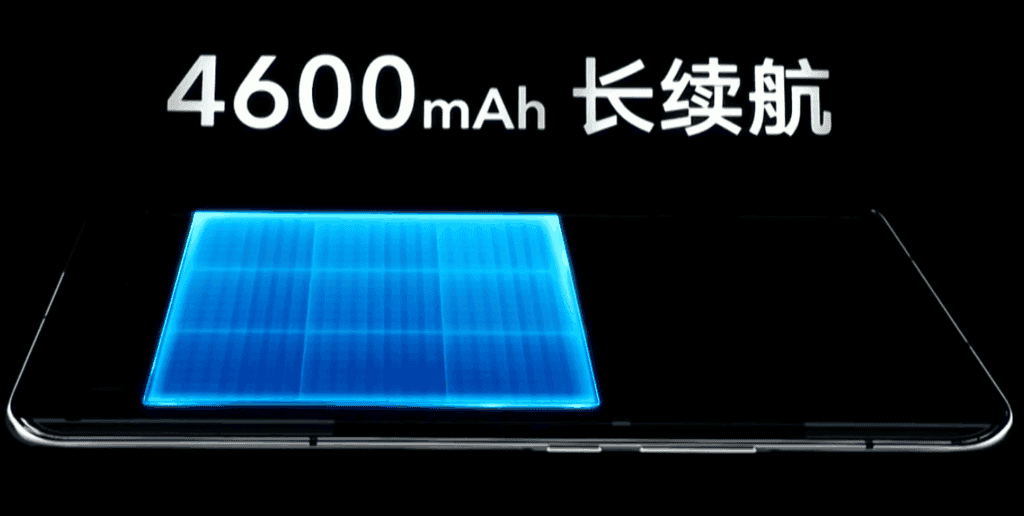 In terms of game performance, the Magic3 series also supports Honor’s GPU Turbo X optimization technology. When playing games, it ensures that the system runs at full frame and reduces the power consumption. With this technology, popular high-demanding games can run up to 120 frames.

All of the above models will be pre-sold on August 12, at 22:00 and the first official sales will take place at 10:08 on August 20. The sales platforms include Honor Mall, Honor experience stores, and authorized retail stores.

Previous 200W charging will appear in Xiaomi smartphones next year