A couple of months ago, Xiaomi demonstrated HyperCharge fast wired and wireless charging technologies with power up to 200W and 120W, respectively. According to the latest reports, these technologies will begin to be implemented in flagship models next year.

200W charging will appear in Xiaomi smartphones next year

According to the Chinese insider Digital Chat Station, 200W wired charging components will begin to be introduced into mass production by June 2022, and a new flagship smartphone with the corresponding function will be released the same year.

Also, according to an insider; the first model with support for wired charging with record power will be the premium Mi Mix 5 smartphone; the fourth version in this series was presented just before yesterday. According to the insider, the new product next year will receive 200W wired charging; but the wireless charging power will be only 50 W.

As you know, Xiaomi has in its assortment two flagship series that provide maximum performance, the best displays and cameras, and in the Mi Mix line, experimental technologies and innovative solutions  – it does not matter whether it is about displays, materials or chargers. So, the recently presented Mi Mix 4 has a 120 W wired charging module, which was introduced last year at the same time as the launch of the flagship Mi 10 Ultra. At the same time, the most advanced smartphone of the current year; the Mi 11 Ultra, only provides 67W of charging. Therefore, it is assumed that the Mi Mix 5 will receive 200W charging next year. 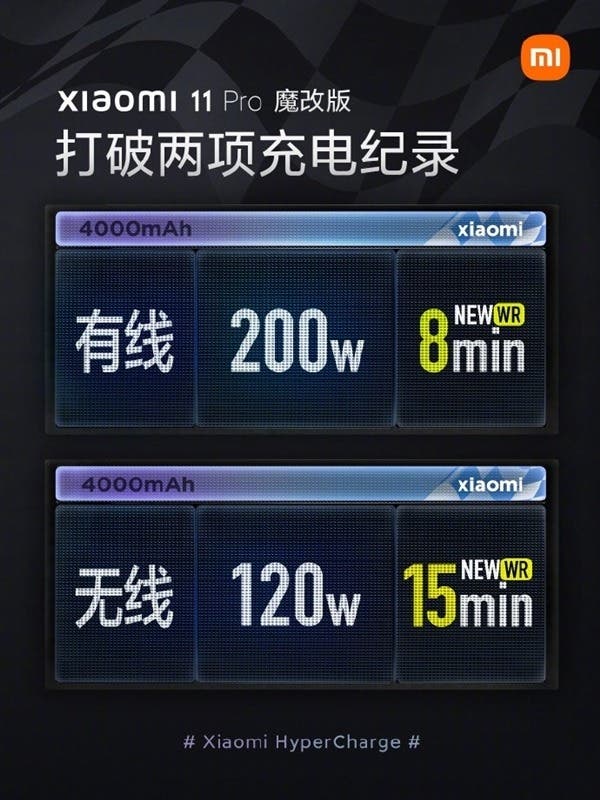 Xiaomi introduced the MIUI 12.5 Enhanced Edition without new features but with many fixes

MIUI 12.5 Enhanced Edition hasn’t received any new features. Instead, it underwent significant optimization, in which the developers made 160 system-level fixes; as well as 224 fixes to the work of applications; thereby solving a lot of problems that were in reports through user feedback channels. “Today we are not releasing any new features, but together we are showing you the result and the progress that has been achieved in optimizing the system over the past six months”, Xiaomi said in a statement.

According to reports, in MIUI 12.5 Enhanced Edition, developers focused on improving the smoothness of the user interface; reducing power consumption, and optimizing system functions. Already this month, the improved MIUI 12.5 will be available to users of the previously mentioned devices. It is possible that later Xiaomi will expand the list of compatible devices.