Xiaomi has introduced the CyberDog four-legged robot dog. It is powered by open source software that allows you to customize the functions of the machine to your liking.

CyberDog is based on the NVIDIA Jetson Xavier NX platform, which works with artificial intelligence algorithms. It uses 384 CUDA cores, 48 ​​tensor cores, 6 Carmel cores on the ARM architecture, as well as two engines that accelerate the processing of machine learning tasks. In addition, the machine has a 128 GB solid state drive. 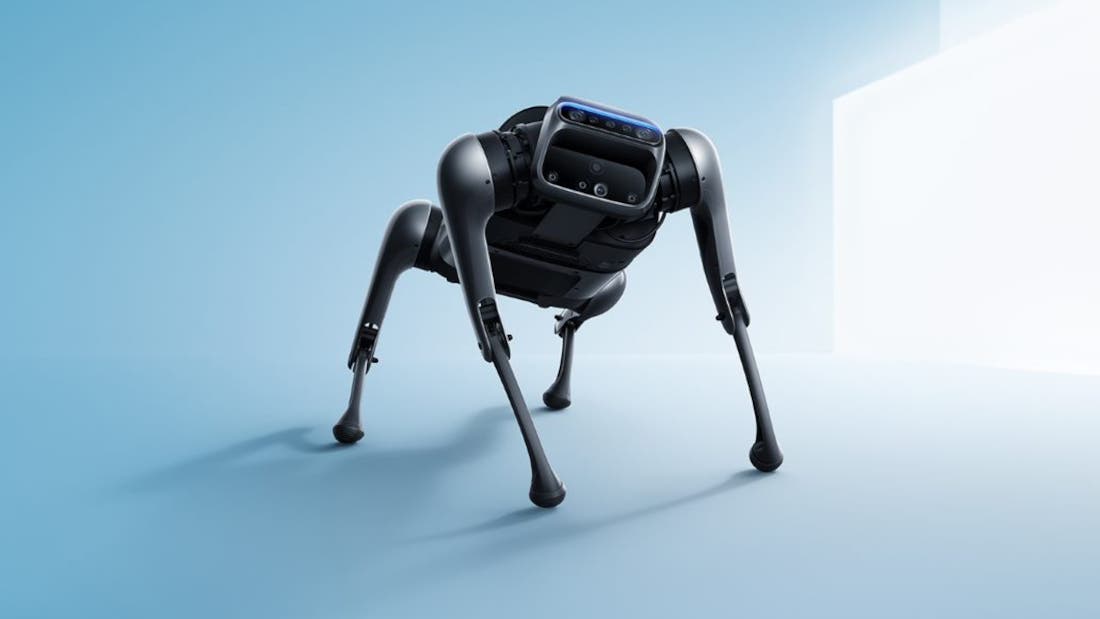 CyberDog collects information about the environment using 11 high-precision sensors that provide feedback to the robot as it moves. The robot has touch sensors, cameras, ultrasonic sensors, GPS modules, allowing CyberDog to explore and interact with its environment.

The CyberDog robot dog relies on Xiaomi imaging technologies that the company uses in its smartphones. The robot dog has interactive AI cameras, binocular ultra-wide-angle cameras, as well as an Intel RealSense D450 depth sensor and can be trained using computer vision algorithms. Also, all of these surveillance sensors are in use to operate autonomous object tracking and movement. In addition, the robot is able to monitor the environment in real time, create a movement map, determine the destination and overcome obstacles.

Xiaomi CyberDog has is here 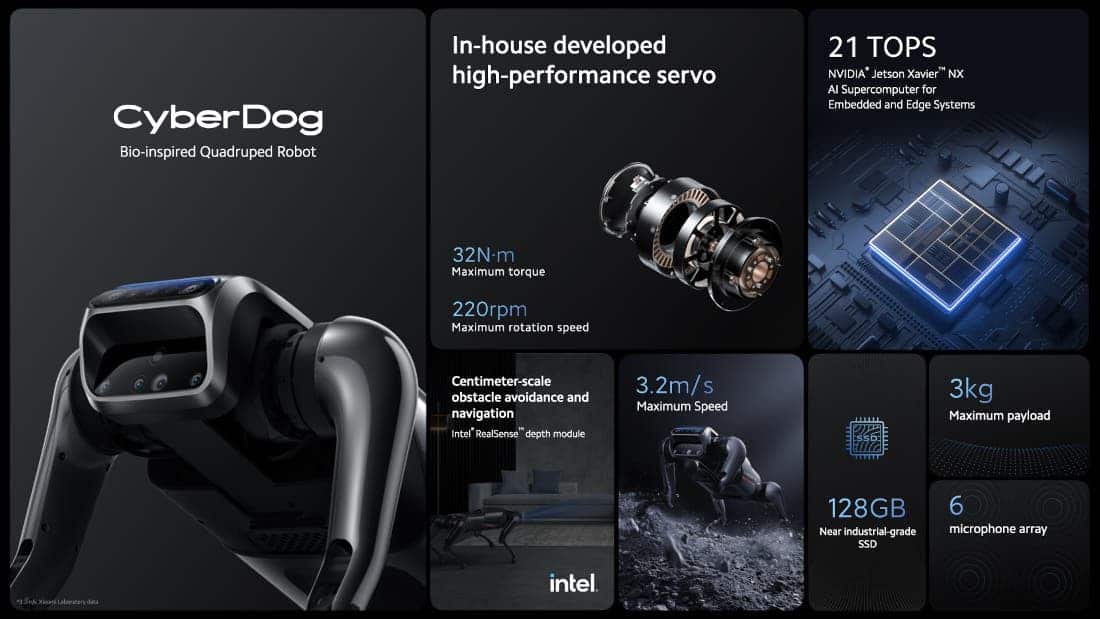 CyberDog supports voice control via a digital assistant. For this, the robot has six microphones. You can wake up the robot dog using your voice, remote control, or using a mobile app. CyberDog is capable of many different basic tasks.

In addition, Xiaomi notes that it itself has developed servo motors for the CyberDog; with a maximum rotation speed of 220 rpm and a torque of 32 Nm. The car is capable of moving at speeds up to 3.2 meters per second (approx. 11.5 km/h) and carrying loads weighing up to 3 kilograms. The company has also equipped the robot with three USB Type-C connectors and one HDMI, allowing developers and enthusiasts to upgrade CyberDog as they see fit, adding, for example, a backlight, panoramic camera, motion camera, LiDAR sensor, or something else. 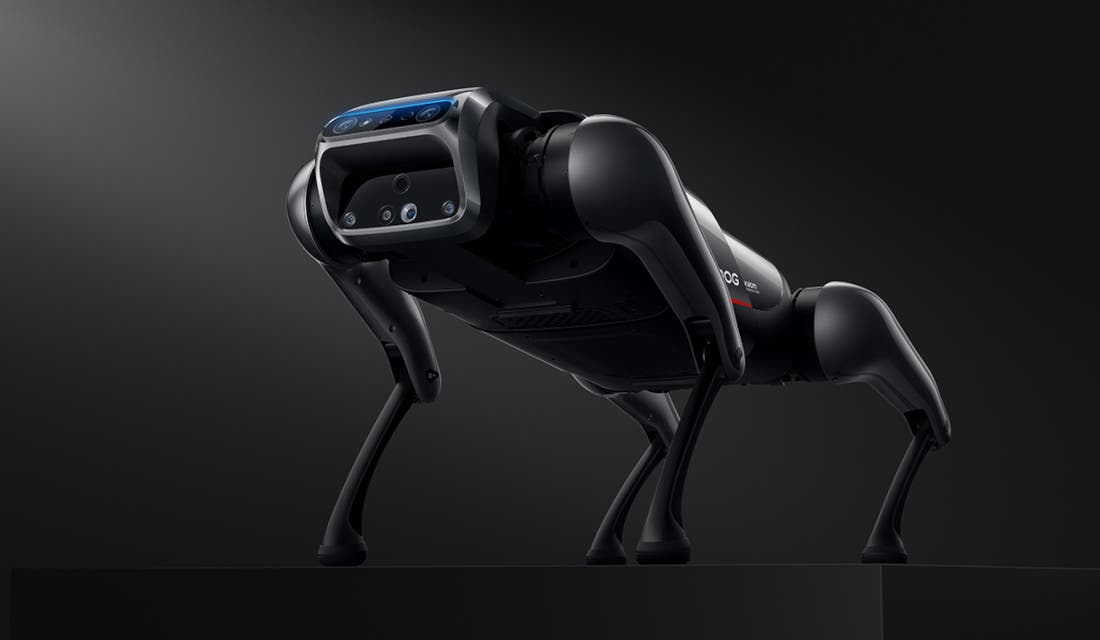 The manufacturer is only going to release 1,000 CyberDog robots. The company has estimated its price at 10,000 yuan (about $ 1,500). Rather than selling this as a general-sale product, the company is for now going to release 1,000 of these things to “Xiaomi fans, engineers and robotics enthusiasts to jointly explore the immense possibility of CyberDog”. So, this will be facilitated by an open-source community, hosted by Xiaomi; then the company will construct a robotics laboratory to lay a pathway for “future innovations”.

Next MIUI 12.5 enhanced version released: see the first 12 models to get the update