Samsung has launched the Galaxy A12 Exynos 850 variant in India, revealing the phone’s key specs and awe-inspiring features. The South Korean tech company unveiled the Galaxy 12 back in November 2020. This model was launched in India in February with an Helio P35 SoC under the hood. Now, the tech behemoth has brought another Galaxy A12 model into the Indian market, but with a different processor at the helm. 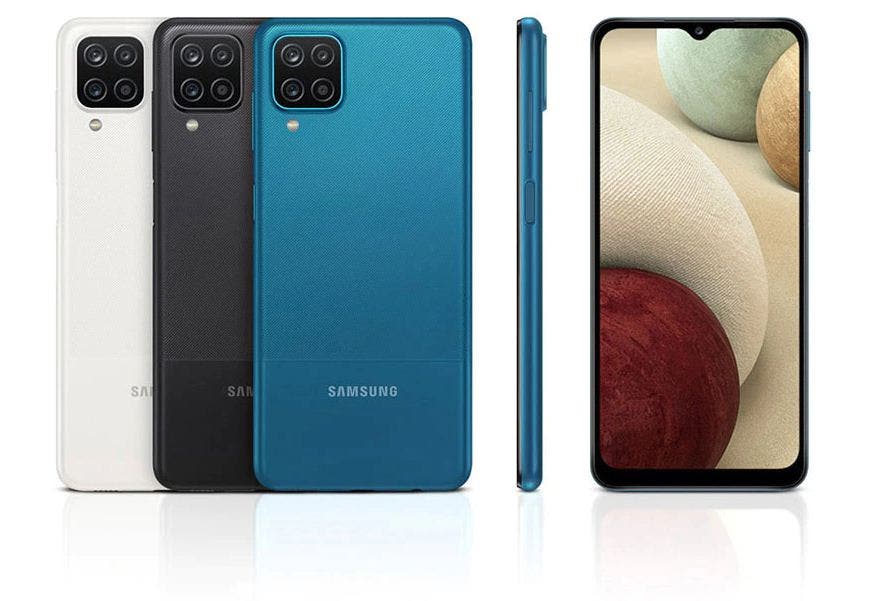 The Galaxy A12 was touted as the long-awaited Galaxy A11 successor at the time of launch. Samsung has launched a slightly revamped variant of the aforesaid handset in India, replacing the MediaTek SoC with the Exynos 850 chipset. The company introduced the same model with a different moniker (Samsung Galaxy A12 Nacho), in Russia earlier this month.

Indian consumers will be able to choose between White, Blue, and Black color options. You can purchase the handset from the Samsung India website. The Samsung Galaxy A12 was launched in India for INR 13,999 ($188) for the 4GB RAM+64GB ROM variant. The 4GB RAM+128GB ROM model, on the other hand, retailed for INR 14,999 (about $200) in the country.

Samsung Galaxy A12 Launched In India With Top Specs

The Galaxy A12 Exynos variant sports a mammoth 6.5-inch Infinity V PLS TFT display that offers an HD+ resolution of 720×1,600 pixels. There is a waterdrop notch that houses the front shooter. The screen offers an aspect ratio of 20:9 and sports sizeable bezels. As mentioned earlier, an Exynos 850 SoC will be powering up the device. It will ship with 6GB of RAM and offer a hearty 128GB of onboard storage capacity. This built-in storage can be expanded up to 1TB via a microSD card.

The fingerprint sensor is available on the side. There’s a 5,000mAh battery with 15W fast-charging support that will fuel the phone. The dimensions are 164×75.8×8.9mm, and the phone’s weight is 205 grams. Furthermore, it will come running on Android 11 OS based on OneUI core.