Earlier today, we brought news about Redmi 10 visit to the NBTC certification. Well, now we’re back with the complete specs sheet of the new handset. Someone at Xiaomi left the things to slip off the table, and now we know everything about the Redmi 10. The company “launched” the device and then removed the announcement post. It clearly shows that the launch was mostly accidental. Now, with the specs revealed, we know that Xiaomi can’t do much besides disclosing the device. Without further ado, let’s see what the new handset has in tow.

The Redmi 9 was launched with a MediaTek Helio G80 SoC. There is a bit confused here, this particular variant is known as Redmi 9 on global markets and Redmi 9 Prime in India. Indian customers also got a Redmi 9, but it’s the super-budget version powered by the MediaTek Helio G35. Looking at the specs of this Redmi 10, we have the successor for the global Redmi 10 and not the Redmi 10A here. The new handset takes a jump in certain aspects like display, camera, and hardware.

The Redmi 10 first jump is on the display. It comes with the very same size of display – 6.5-inches and the same Full HD resolution with 2,400 x 1,080 pixels. However, it now delivers a 90 Hz refresh rate which is much better than its predecessor 60Hz display. More importantly, the display comes with adaptive sync support, so it can switch between 45 Hz, 60 Hz, and 90 Hz based on the content displayed. This is a good measure for saving the battery a bit. The handset leaves the waterdrop notch design behind and brings a center-aligned punch-hole.

Under the hood, we have the recently launched MediaTek Helio G88 SoC paired with 6 GB of RAM and 128 GB of Internal Storage. Unfortunately, the performance change between this and the Helio G80 or G85 will be mostly incremental. The new chip still features the aging ARM Cortex-A75 cores clocked at 2 GHz and six ARM Cortex-A55 cores. Even the GPU is the same Mali-G57 MC2. However, this time it’s overclocked to 1 GHz. The chip is based on a 12 nm standard. For non-exigent users, it will still be way better than Cortex-A53-based Octa-Core SoCs. There are also variants with 4 GB of RAM and 64 GB of Internal Storage. Of course, the device supports microSD cards. 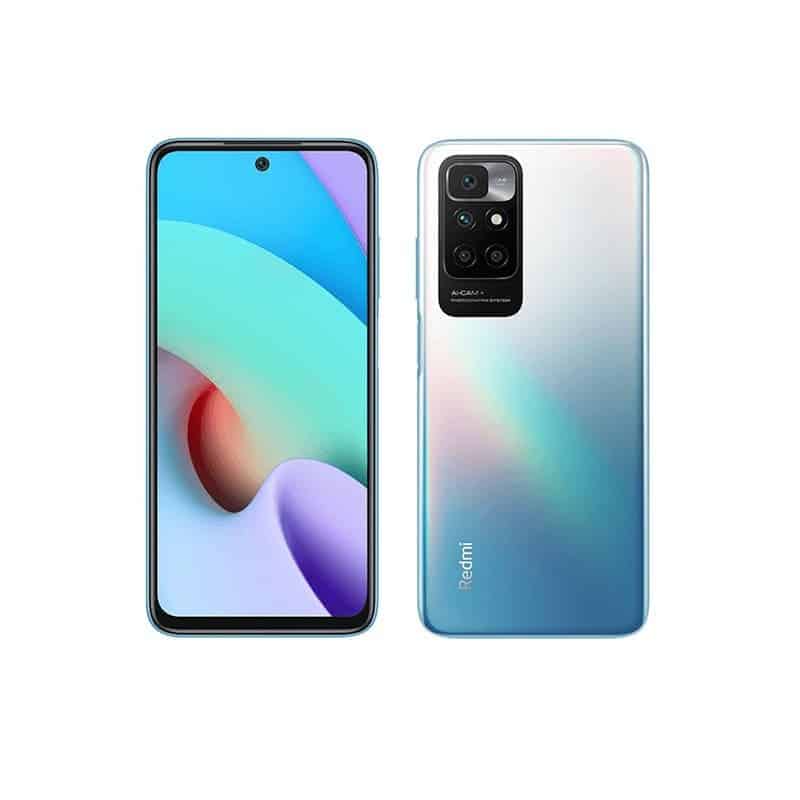 In terms of optics, the Redmi 10 gives a big jump in comparison to the Redmi 9. The device comes with a Quad-Camera setup led by a 50 MP camera. This is a major jump over the 13 MP on its predecessor. There is also an 8 MP ultrawide camera and two less useful Macro and Depth sensors capped at 2 MP resolution. For selfies and video calls, we have an 8 MP shooter.

The Redmi 10 draws powers from a 5,000 mAh battery just like its predecessor. The device has an 18 W fast-charging and Xiaomi is kind enough to give users a 22.5W adapter in the box. The phone all offers 9W reverse wired charging support. In terms of connectivity, it comes with a USB Type-C port, a 3.5 mm headphone jack, 4G LTE, Bluetooth, and Wi-Fi 5. The device also packs a side-mounted fingerprint scanner and a single bottom-firing speaker. The device measures 161.95 x 75.53 x 8.92mm and weighs in at 181g. 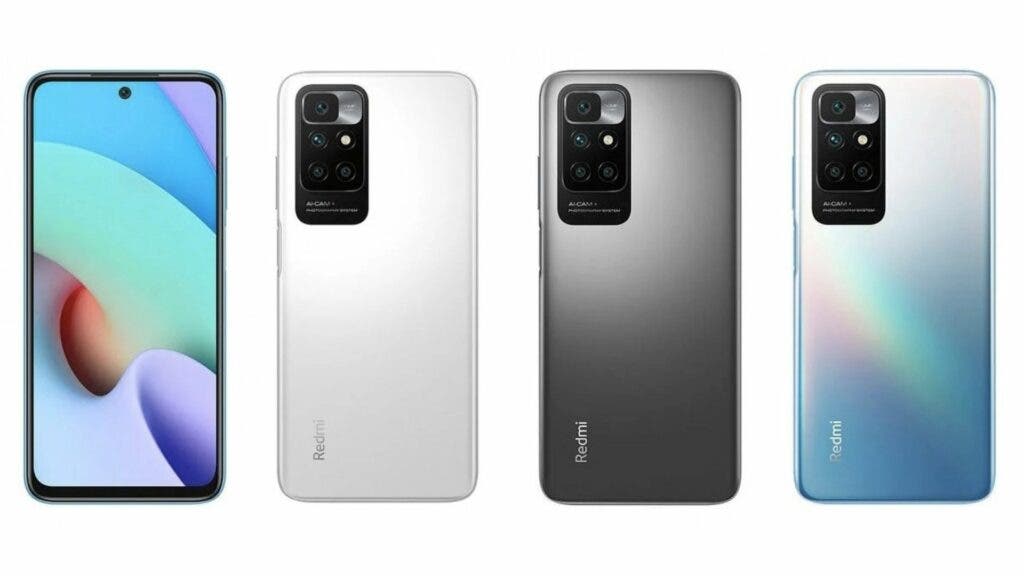 On the software front, the Redmi 10 runs MIUI 12.5 with Android 11 straight out of the box. We don’t know exactly when Redmi will start to sell this handset, but it will be available in Carbon Gray, Pebble White, and Sea Blue colorways. The device will come in options with 4GB / 64GB, 4GB / 128GB, and 6GB/128GB configurations. It will be available through all of Xiaomi’s official sales channels soon.