A few days ago, at the MIX 4 conference, Xiaomi officially launched the MIUI 12.5 enhanced version system. Although the version number is still 12.5, it is no less than a major version upgrade. The company claims that the main feature of this update is that it improves the system’s fluency and lowers power consumption. The content of the press conference also made users look forward to the push of the system. 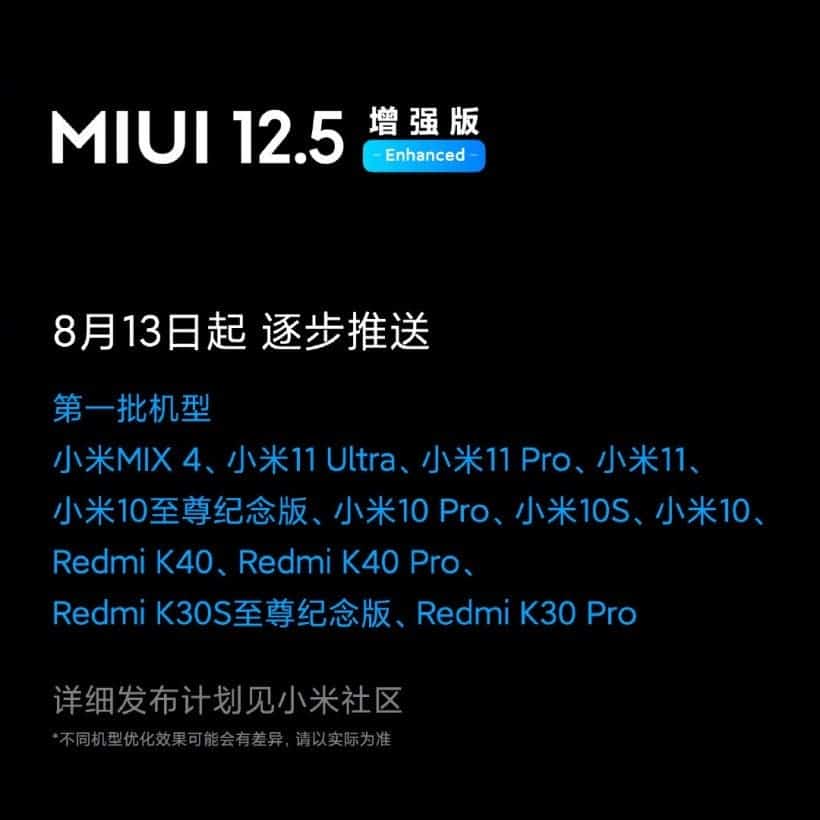 The announced date for the push of this system was August 13th. However, many users did not get this update as of yesterday. Nevertheless, the Xiaomi MIUI 12.5 enhanced version is now available for many users. According to users’ feedback, the Xiaomi Mi MIX 4, Xiaomi Mi 11 Ultra, and Redmi K40 all have this update. The most interesting part of the user’s report is the feedback on its fluency. According to several users on Weibo and other Xiaomi platforms, the MIUI 12.5 enhanced version fluency is comparable to iOS.

The MIUI 12.5 enhanced version focuses on better fluency as well as lower power consumption. The main features of this system include liquid storage, atomic memory, focus computing, as well as intelligent balance.

Liquid storage: Highly sensitive monitoring of the degree of fragmentation and the efficiency of defragmentation increases by 60%. The Xiaomi Mi 11 Pro laboratory simulation test shows that the reading and writing attenuation is less than 5% after 36 months of use. The performance of this smartphone is also as smooth as ever.

Atomic memory: This feature focuses on ultra-fine memory management and splits application memory. It also gives priority to the end of unimportant tasks, and refine and compress memory usage. Furthermore, taking the Xiaomi Mi 10 Extreme Commemorative Edition as an example, the back-end residency capacity increases by 64%.

The first batch of devices to get this update will include 12 models. The compatible models are