Oppo A16s has been launched in the Netherlands with a host of awe-inspiring features and top-notch specifications. The recently-announced phone is touted as the successor of the Oppo A16 smartphone that went official in Indonesia earlier this year. The A16s smartphone offers NFC support and features a triple camera setup at the back. Moreover, it uses a robust battery to draw its juices and comes with dual 4G LTE support.

The sole 4GB RAM and 64GB built-in storage variant of the Oppo A16s will set you back 149 Euros (about $175). Consumers in the Netherlands can get their hands on the phone from the supermarket chain Albert Heijn at the aforesaid price. Customers with an Air Miles accounts will be eligible to receive a 10 Euros discount. In other words, they would end up shelling out just Euros 139. You can choose between two eye-catching color options including Pearl Blue and Crystal Black.

The new Oppo A16s could hit the store shelves in India on December 31 this year, according to a Gadgets Now report. The phone’s starting price will be INR 16,333 (about $220). For this price, Indian consumers will be able to purchase a 4GB RAM + 64GB ROM model. Furthermore, the phone could arrive in the country in Fancy White and Dynamic Black color options.

The Oppo A16s is quite similar to its predecessor in terms of specifications. However, unlike the original A16 smartphone, the A16s offer NFC support. The phone’s 6.52-inch display houses a dew-drop notch and delivers an HD+ resolution of 720 X 1600 pixels. It is an IPS LCD that offers an aspect ratio of 20:9 and a refresh rate of 60Hz. 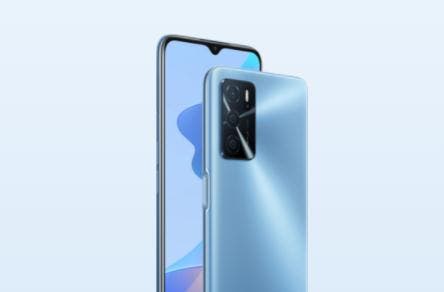 In the optics department, the phone houses an 8MP single camera up front for selfies. It has three cameras at the back. The rear-mounted camera module accommodates a 13MP main camera (f/2.2 aperture), a 2MP macro lens, and a 2MP depth unit. You can shoot up to 1080 videos at 30FPS with the rear camera.

Under the hood, the 4G phone packs a powerful Helio G35 chipset from MediaTek. Also, it comes with PowerVR GPU. Aside from that, it ships with 4GB of RAM and offers 64GB of internal storage. You can expand this built-in storage up to 256GB via a microSD card slot. Furthermore, the dual-SIM smartphone has a 5,000mAh battery and runs on Android 11 out of the box with ColorOS 11.1 on top. The fingerprint scanner is placed on the side.

Previous BOE is the exclusive supplier of Honor Magic3 screen