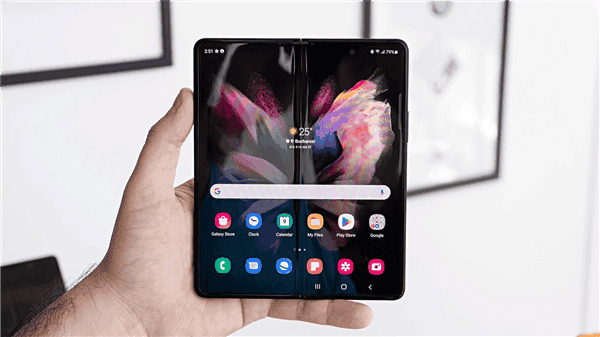 Wang Teng, product director of Xiaomi, claims that Chinese OLED screens are ahead in some aspects. He pointed out some indicators that Chinese OLED screens are taking the lead. In order to achieve a true full-screen solution with no notch or punch hole, the Mi MIX 4 uses the Huaxing Optoelectronics OLED screen. The engineering teams of both companies jointly developed a new generation of under-screen camera technology. This new generation is better than Xiaomi’s initial solution which it eventually did not mass-produce.

According to the official introduction, in order to increase the light transmittance, the team of engineers will continue to expand the pixel gap, so individual sub-pixels need to be reduced accordingly. After shrinking, the RGB ratio of the pixels should be the same to ensure the screen display effect. In order to reduce the diffraction phenomenon when light passes through the screen, the pixel shape needs to be modified to a circle.

In addition, the Xiaomi Mi MIX 4 performs color temperature calibration on the cameras under the screen one by one to match the hardware of the screen and the sensor. After the user takes a photo, the algorithm performs multi-frame HDR, noise reduction, and defogging operations in the RAW domain. This eventually takes the MIX 4 front-photographing to reach a usable level.

Xiaomi & Honor do not recommend under-display cameras for selfie lovers

While some users just need an elegant smartphone, others are selfie freaks. If you belong to the latter class, then you probably should not buy any smartphone with an under-display camera. According to Lu Weibing, general manager of Redmi, he recommends the punch-hole design for selfie lovers. This indicates that the performance of the under-screen camera is not very good.

Furthermore, Honor’s CEO, Zhao Ming, claims that the biggest challenge of the under-screen technology is the light transmittance of the entire under-screen camera. This light transmittance presents huge challenges and obstacles in selfies and front video calls. According to Zhao Ming, it is very difficult to overcome and solve this problem. He further claims that Honor’s previous research shows that some of the image effects are unacceptable.