More details about the Realme GT, GT Master Edition smartphones have surfaced on the web ahead of the series’ launch in India. Amid the lack of an official confirmation, the upcoming Realme GT series of phones have been subject to a lot of speculations. Moreover, the company is set to launch its first-ever laptop dubbed the Realme Book Slim in the country.

In an interview with TechRadar, Realme CEO for Europe and India, Madhav Sheth confirmed that the Realme GT series will replace the older Realme X series. Sheth said that the Realme C series and the numbered series will be unaffected. The Realme X series of phones changed the Indian smartphone segment when it debuted back in 2019. The new Realme GT series of phones could compensate for the recently-ceased X series if speculations and leaks prove to be true.

The Chinese smartphone maker will be unveiling the Realme GT, GT Master Edition smartphones in India on August 17. Just before launch, Realme Times has shed light on the upcoming Realme GT, GT Master Edition price in India, along with a slew of other key details. The publication teamed up with noted tipster Yogesh Brar to leak vital shreds of information about the upcoming series. Aside from pricing, the leaker has revealed the color variants and configurations of both smartphones for India.

Coming to the standard Realme GT, it will be available in two configurations including 8GB RAM+128GB ROM and 12GB RAM+256GB ROM. This model will come in Racing Yellow, Dashing Silver, and Dashing Blue color options. According to Brar, Realme will not launch the GT Master Explorer Edition in India as of now.

The Chinese Realme GT Master Edition variant ships with a 6.43-inch AMOLED display and 120Hz refresh rate. An all-new 6 nm-based Snapdragon 778G SoC powers up the entire system, which comes in a highly durable stainless steel frame. The phone features a 64MP triple-camera setup at the back. Upfront, it houses a 32MP selfie camera. It uses a 4,300mAh battery to draw its juices via a 65W fast charger.

The Realme GT comes running on Android 11 OS with Realme UI 2.0 skin on top. The device sports a 6.43-inch Super AMOLED display that offers an HD+ resolution. The screen features a single punch-hole cut out to accommodate the front shooter. Furthermore, the screen offers a refresh rate of 120Hz and 1000nits of peak brightness. Realme has added a Corning Gorilla 5 on top for additional protection. A flagship Qualcomm Snapdragon 888 chipset is used to keep the device powered up. 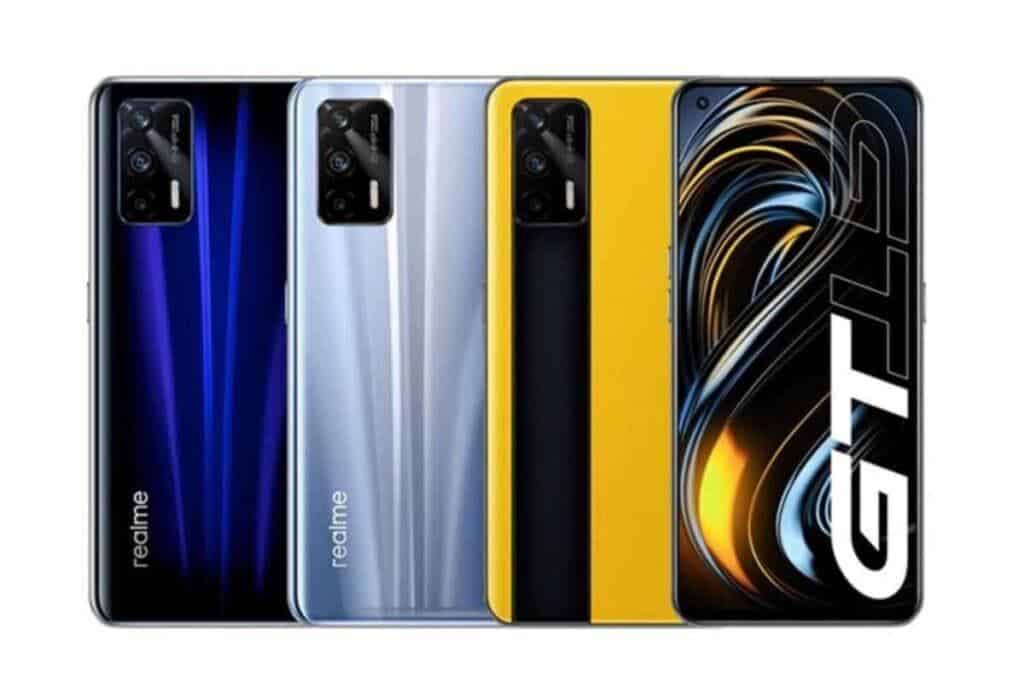 Aside from that, it packs a highly competent Adreno 660 GPU. It offers 12GB LPDDR5 RAM, coupled with 256GB UFS 3.1 storage capacity. The Realme GT 5G features a 64MP camera, an 8MP wide-angle lens, and a 2MP macro lens at the back. There’s a 16MP front shooter for capturing self-portraits and video calling. On top of that, it comes with a robust 4,500mAh battery that supports 65W fast charging.

Next Realme and Motorola will release smartphones with Unisoc T610 SOC